In their 37th year the Toasters are hitting the gas, not the brakes. With an international all-star line-up their whirlwind global tour continues unabated across the continents with performances scheduled in Costa Rica, Hong Kong (HK International Ska Festival) and Estonia (Live Nation Showcase at Tallinn Music Week). The band also returns to Japan, China, Russia, Hawaii, South America and Mexico on top of regular touring in the USA and Europe playing over 60 shows in 24 countries from Sweden to Bulgaria.

Formed on the Lower East Side of NYC in 1981 the band is the longest running US SKA formation. They bridge the gap between England’s 2-Tone movement and the American Ska explosion of the 90’s which they are rightfully credited with starting.  During the 3rd Wave Ska revival The Toasters formed the famous Moon Records label and kick-started the careers of dozens of bands.

The Toasters will return to the studio later this year to record songs for a new 7” vinyl 45 project. 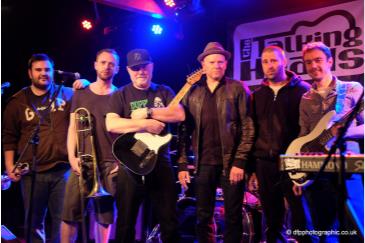