About The Travelin' McCourys:

From a source deep, abundant, and pure the river flows. It’s there on the map, marking place and time. Yet, the river changes as it remains a constant, carving away at the edges, making new pathways, gaining strength as it progresses forward. The Travelin’ McCourys are that river.

The McCoury brothers- Ronnie (mandolin) and Rob (banjo) - were born into the bluegrass tradition. Talk about a source abundant and pure: their father, Del, is among the most influential and successful musicians in the history of the genre. Years on the road with Dad in the Del McCoury Band honed their knife-edge chops, and encouraged the duo to imagine how traditional bluegrass could cut innovative pathways into 21st century music.

“If you put your mind, your skills, and your ability to it, I think you can make just about anything work on bluegrass instruments,” says Ronnie. “That’s a really fun part of this- figuring the new stuff out and surprising the audience.”

With fiddler Jason Carter, bassist Alan Bartram, and latest recruit Cody Kilby on guitar, they assembled a group that could take what they had in their DNA, take what traditions they learned and heard, and push the music forward. In fact, the band became the only group to have each of its members recognized with an International Bluegrass Music Association Award for their instrument at least once. There were peers, too, that could see bluegrass as both historic and progressive. Rock and Roll Hall of Fame inductees The Allman Brothers Band, improv-rock kings Phish, and jamband contemporary Keller Williams were just a few that formed a mutual admiration society with the ensemble.

Their concerts became can’t-miss events, whether headlining historic venues or as festival favorites, drawing the love and respect of a growing fanbase craving their eclectic repertoire. At the 2016 edition of DelFest, an annual gathering of the genre’s best aptly named for the McCoury patriarch, the band delivered the take-away highlight. Rolling Stone called it “a sublime combination of rock and bluegrass, contemporary and classic, old and young. The best set of the festival…” The river was going new places, getting stronger. It was time to re-draw the map.

Now these boy will take you through the hills of ol’ Kentucky, bearing the stores, traditions and liquor that date back a century. This old-time band delivers with an intensity that would knock the sock’s right off of their forefathers feet.

Hailing from the back woods of Bloomfield, Kentucky. The Whiskey Bent Valley Boy’s pay homage to their southern kin.Songs from the tobacco fields to the rivers, iron skillets to moonshine stills, upbeat and professional, this band possesses the skill to honor history and preserve the instrument, their style and every authentic nuance of the day. With their sense of fashion, From overalls to string ties, straw hats to silk vests, along with a turbo charged performance, their approach breathes fire into this vintage genre.

Incorporating time honored treasures from such icons as Roscoe Holcomb, The Stanley Brothers, and fiddle legend Tommy Jarrell, or a roster of original compositions including crowd-pleasers “Graveyard Blues” or “Old Kentucky” the band puts on a timeless, energiezed show, Playing everything from ballads, breakdowns, sea shanties, and swamp stomps. Audiences from children on their parent’s knee to packed saloons past midnight ,and finding favor with the older generation as well makes for a wide range of appeal.

The boys take cues from parents and grandparents who have tapped into folk country and bluegrass through festivals, radio and endless collections of vinyl recrodings. Band founder Col. Mason Dixon hails from a long line of musicians and will tell you it’s not so much in the whiskey as it is the DNA. Each member’s family performs and enjoys the indigenous music of the appalachian foothills and pastures of Kentucky.

Appearances on a wide range of radio and tv programs, state fairs ,square dance’s and festivals have brought them an active fan base for this region. Often times the boy’s bring a delicious yield of their summer crops to gigs in bushel baskets for the taking. Going even more down to earth, they are making their cd packaging “green.” All of their records are made from industrial hemp paper and recycled cardboard with environmentally-friendly, vegetable-based inks.

No matter whats chillin’ in your mason jar, sour mash or sweet tea, come on out for a live show where the  Whiskey Bent Valley Boys will be pounding out the swing dancing, foot stompin, hard driving tunes that are guaranteed to tickle your innards. 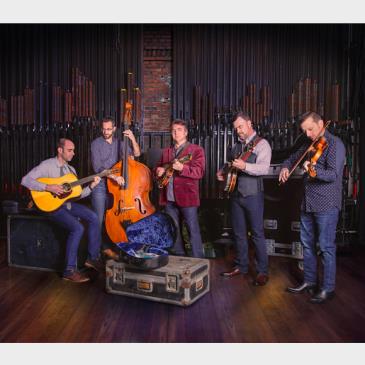