Performing original songs as well as classics of The Band, The Weight Band is led by Jim Weider, a 15-year former member of The Band and the Levon Helm Band. The Weight Band originated in 2013 inside the famed Woodstock barn of Levon Helm. Weider was inspired by Helm to carry on the musical legacy of the Rock and Roll Hall of Fame group.

The Weight Band recorded Shine Like Gold live at Clubhouse Studios in Rhinebeck, NY, over four days – with minimal rehearsal during the height of the pandemic in 2020. Producer Colin Linden, an award-winning musician and Weider’s longtime collaborator and co-writer on several of the album tracks, was in Nashville. The arrangement, however, worked out perfectly, according to Weider. “He had a big hand and footprint on this record. Weider added, “We go back, so there is a comfortableness working with him.”

The Weight Band’s origins are tied to Woodstock and some of its most famous inhabitants, The Band. Weider, a Woodstock native, served as The Band’s lead guitarist from 1985-2000, following Robbie Robertson’s departure. In the late 00s, he replaced Jimmy Vivino in the Levon Helm Band, which already included Mitchell. The connections extend further, as Rogers shared the stage with Helm and Hudson while in The Jim Weider Band and Bram drummed in the Chris O’Leary Band, an off-shoot of Helm’s band The Barnburners.

Following Helm’s death in 2012, Weider performed a few “Songs of The Band” concerts, which included Vivino, Byron Isaacs, Randy Ciarlante and Garth Hudson. The shows were so well received that Weider started the first version of The Weight Band with Ciarlante, Isaacs, Mitchell, and keyboardist Marty Grebb. Over the next several years, the group shifted from playing mainly Band songs to their originals. Along the way, band membership shifted too. When Isaacs left for the Lumineers, Rogers came aboard. Bram joined the group after Ciarlante’s departure. Following World Gone Mad’s release, Grebb bowed out and Zeiner stepped in.

THE WEIGHT BAND IS:
Jim Weider (guitar, mandolin & vocals) is a former member of The Band. From 1985 to 2000, Weider replaced Robbie Robertson as their lead guitarist, writing songs and performing on their three studio albums, Jericho, High on the Hog, and Jubilation. He toured internationally with original Band members Levon Helm, Garth Hudson, and Rick Danko for fifteen years and was featured with them on numerous albums, films, videos, and in television appearances.

Michael Bram (drums & vocals) is a soulful singer and multi-instrumentalist. Bram splits his time drumming for The Weight Band and Jason Mraz. He has been a staple in the New York music scene for almost two decades- other career highlights include working with Willie Nelson and recording tracks with Bob Margolin of The Last Waltz fame.

Brian Mitchell (keyboards & vocals) is a current member of Levon Helm’s Midnight Ramble Band and is well-known within the circles of the music industry and beyond for his solo career and his high-profile collaborations. He has recorded and performed with some of music’s most respected artists, Levon Helm, Bob Dylan, Al Green, B.B. King, and countless others.

Albert Rogers (bass, vocals) has shared the stage with Levon Helm, Garth Hudson, and played in The Jim Weider Band. Rogers has also performed with Sid McGinnis, Hubert Sumlin, Jimmy Vivino, Albert Lee and many others. 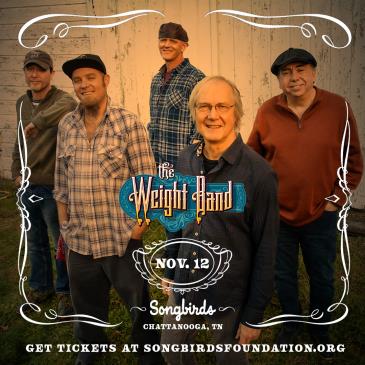