About The Wild Feathers:

Making it ten years as a band is no small feat. And maintaining the raw passion of those early days hustling, playing small rooms and cramming into the back of an old van is even rarer still. For the Wild Feathers, though, that passion has only grown with time, stronger now than when the beloved band first formed in 2010. Since then, the band has released three critically acclaimed studio albums, one live album and toured with major acts like Bob Dylan and Willie Nelson, all while continuously honing their singular blend of Southern rock, Americana roots and heartland pop.

Now, the Wild Feathers are ready to pull back the curtain on their decade together with Medium Rarities, an eleven-song collection of previously unreleased music spanning each incarnation of their still-evolving career. Dave Cobb and Jay Joyce both feature as producers on the collection, with the Feathers themselves serving as co-producers for much of the album. The band will independently release Medium Rarities on November 20th.

In some ways, Medium Rarities is a product of the COVID-19 pandemic. When a major tour with Blackberry Smoke was canceled in March, the band found themselves with unexpected time to reflect on their career so far. Joel King, whom Ben Dumas dubs the band's "archive master," started poking around hard drives of old music, and the idea of a rarities compilation began to take shape.

"We took the time to go through our vault, which is music, demos, covers we’ve done, b-sides — rare things we’ve never released," Ricky Young explains. "We always wanted to do something with it one day but we thought this was as good a time as any."

The time leading up to the pandemic was also one of major transition for the Wild Feathers, making Medium Rarities something of a natural end point of the band's first era. In early 2020, the band parted ways, as Young explains, with their entire team: their record label, booking agency and management. They were ready to hit reset and start a new chapter right as the music industry was forced to hit an indefinite pause.

"We were in the beginning stage of rebuilding, and then there was the pandemic," Young says. "We were slowing building back up from the ashes."

"We were actually three songs in to a new project," King adds. "So we put those tracks on the rarities album. That was the end of an era. Medium Rarities was meant to be somewhat chronological, so that's why we added the final three songs we recorded. The album kind of puts a bow on the first era of the Wild Feathers, from 2010 to now."

King explains that, while the band still has hard drives full of unfinished demos, all of the songs that the band chose for Medium Rarities were already finished. Some, like "Lose Yourself" and "To Be Gone" were b-sides to earlier projects (specifically s, for those tracks), having barely not made the cut onto final studio album track lists. Others were full-fledged covers, some recorded in the band's early conversations with record labels at the beginning of their career.

"Choosing tracks for the albums was often a difficult process," Dumas explains. "We could have easily switched one song out for another and the records still would have been as good. We believe in all of these songs as much as we believe in the songs that made it onto records."

Lead single and opening track "Blue" is one of those three covers. The band has long found inspiration in the Jayhawks, and recorded the 1995 Tomorrow the Green Grass cut as part of a demo package for record label mogul Jimmy Iovine. The Feathers' version, produced by Dave Cobb, maintains the anthemic spirit of the original recording, but showcases much of what has made the band so beloved to its devoted fans: thoughtful arrangements that draw from roots, Southern rock and Americana; a penchant for infectious melody; and, of course, sweeping, multi-part vocal harmonies reminiscent of The Band or Tom Petty and the Heartbreakers.

"Fire," "Goodnight" and "My Truth" round out the middle of the compilation, and all three tracks are new material the band wrote in the lead-up to their plans to explore a new era of the Wild Feathers. "Fire," in particular, shows the band's sonic growth, with its understated verse arrangement, sparkling production and arena-ready chorus. Harmony-drenched "My Truth" has its roots in a recent writing retreat the band took together, and the song's lyrics ("I've been looking for the answers I can't find them on the news") connect a personal relationship current events. The band produced these new tracks themselves.

Standout b-side "Marie" is a laid-back front-porch rocker that dreams of better days for a lover, its vulnerable lyric punctuated with chiming acoustic guitar and twangy electric riffs. Young wrote "Marie" during sessions for the band's self-titled debut album, and admitted to being surprised that the song didn't make the final track list. "It's one of my favorites," he says. "I'll always play it if I do a solo show, or anything like that. I'm really glad it's made it onto this record.

"Medium Rarities opens up the possibility for future volumes," Young says. "We thought it was a cool thing to do for ourselves, and especially for our fans. We’ve always been one of those bands that talks about having a true catalog, by every definition: live albums, box sets, double albums, b-sides and rarities albums — being music fans, and that’s what we are, that’s what you want from artists you like. You want anything you can get your hands on. This is one more step we’ve accomplished."

About The Heavy Hours:

On the heels of releasing their acclaimed Wildfire EP (2021) in the midst of a global pandemic, The Heavy Hours now return with Gardens, a full-length album that further exemplifies their distinctive strain of warm-hearted, open-armed alternative rock.

The Cincinnati, Ohio-based quartet recorded Gardens several years ago, long before the group had management, an agent or a record label in their corner. With money they had collectively saved up, each of the members took a week off of work and set out to record a pocket full of songs at Montrose Recording located on remote farmland in Richmond, Virginia with producer Adrian Olsen (Nate Smith, Foxygen, Futurebirds).

Somehow these early studio recordings found their way into the hands of multi GRAMMY award-winning producer/songwriter and Black Keys frontman Dan Auerbach who immediately took a shine to the band and in turn led to organizing a writing session in Nashville, TN, which crafted tracks released on the Wildfire EP.

With songs such as "Back Porch" and "Take My Heart (I'll Take Yours Too)," Gardens packs an emotional punch from the very first chord, fusing larger-than-life melodies and epic choruses with soulful, sophisticated songcraft and remarkably universal lyrical spirit.

The band states, "We've been busy as a band the past few years promoting our Wildfire EP and now we're excited that our fans finally get a chance to hear the record that started the journey. 'Gardens' is the result of four different people; friends united by life's hardships and the desire to respond loudly. We found answers to our questions after writing songs and then recording them on that small farm in Richmond. Gardens is our small plot of land, our garden of songs." 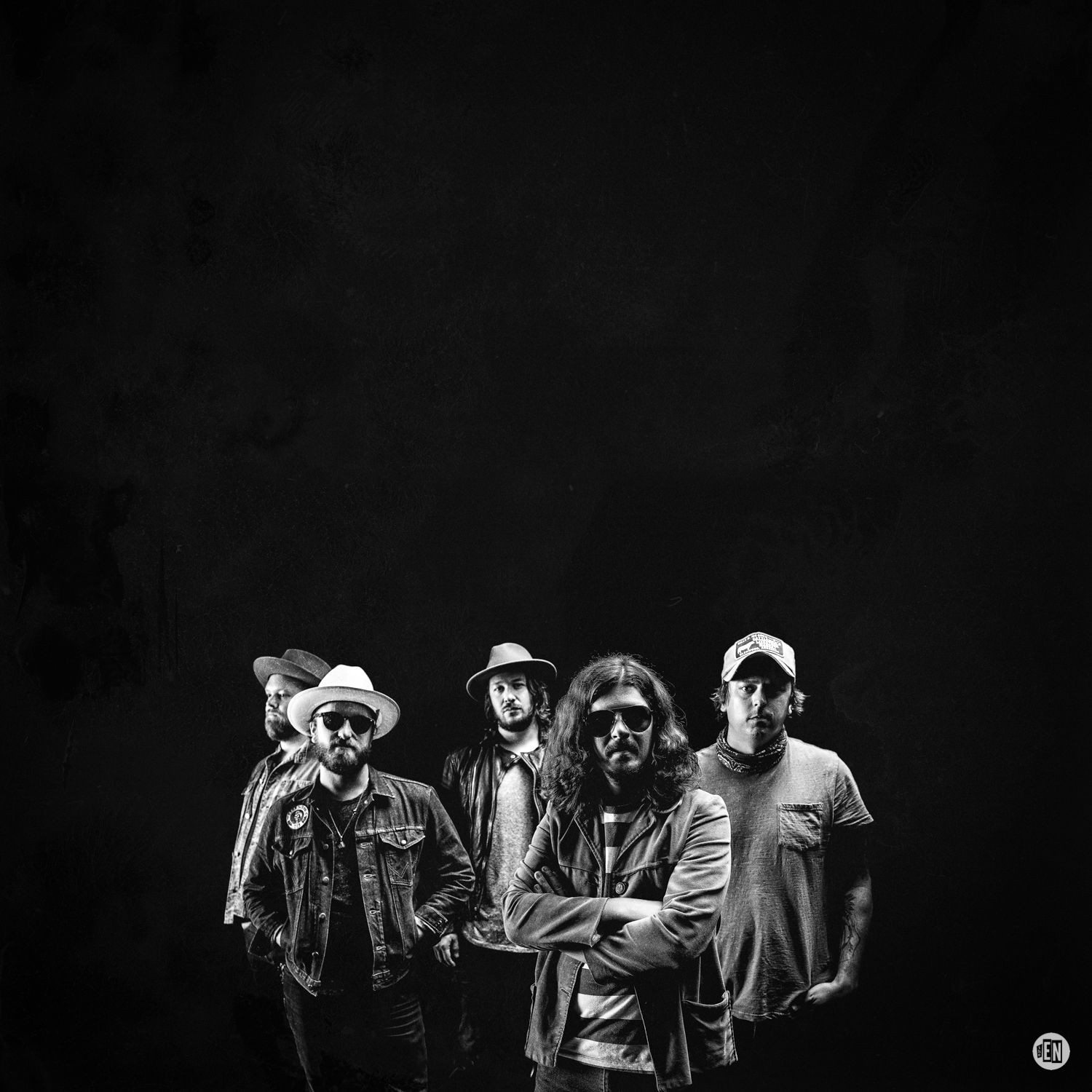