The Young Fables create music with classic storytelling weaved into traditional country roots music with pop sensibilities. East Tennessee (Maryville) natives, Laurel Wright and Wes Lunsford are influenced by timeless treasures like Patsy Cline, Bonnie Raitt, Glen Campbell and Chet Atkins. The duo’s unique sound has resonated with audiences around the globe as live performances have transformed into stages from which The Young Fables (TYF) discuss themes and topics typically saved for the therapy couch. Band manager Patryk Larney admits, ”Witnessing The Young Fables is like watching a tennis match of talent; her voice, his guitar work. ” Larney is not the first to notice the pair’s skillset. The sultry toned vocalist’s first break came when she won the Texaco Country Showdown at 16 years of age - the grand prize awarded her $100K and a performance on the prestigious Ryman Auditorium stage. Wright used the experience as a springboard to expand booking throughout east Tennessee and it wasn’t long before she caught the eye of Gretsch endorsed guitarist Wes Lunsford. The two discovered an instant connection and The Young Fables were born.

Sofia Claire is a California singer and songwriter who captivates listeners with her soulful vocals, and her unique country sound. Her songs are inspired by her experiences throughout Northern California, and her grandparents' farm in Central Italy where she spends most of her summers.
Sofia Calire was musically influenced at a very early age by the music stylings of George Strait, Dolly Parton, Shania Twain, Kieth Whitley, Randy Travis, Loretta Lynn, Sammy Kershaw and Terri Clarke. Current and later influences include Cody Johnson, Ian Munsick, Tyler Childers, Kylie Frey, and of course Lainey Wilson. Sofia Claire first took the spotlight on her school theater stage, and as the cantor in her church choir.  Sofia Claire grew up on country music and dreamed of recording country songs like those artists who inspired her.

Allie Colleen is no stranger to the music industry. A passion for singing and songwriting since a young age has garnered her a reputation of being a notable songwriter with an iconic-sounding voice. Her impeccably strong voice with hints of timeless tradition accents her Americana Voice. The room never fails to silence as Allie Colleen begins to sing about the layers of love and heartbreak that have shaped her. Some of her newest songs bring witty lyrics and a connection to the song unlike most today. 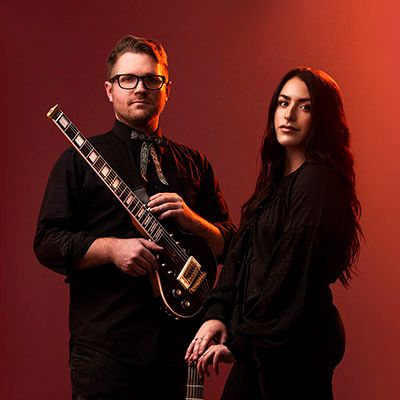