Processing...
Tickets
Online ticket sales have ended but there are still tickets available at the door.

has performed around South Florida, the East coast and the Bahamas for the last 20 years at events such as the Riverwalk Blues Festival, the 4th of JULY celebration on Delray Beach, FIRST NIGHT, ART and JAZZ on the AVENUE, CLEMATIS by NIGHT, SUN FEST, BOSTONS on the BEACH RED WHITE and BLUES FESTIVAL, GARLIC FEST, the city of BOYNTON BEACH CONCERT SERIES and many local venues including CITY LIMITS, JOHNNY BROWNS, the BACK ROOM, OLD KEY LIME HOUSE, BOSTONS on the BEACH, the ELBOW ROOM, ELWOODS, ROSEBUDS, DA DAS, the CANDY STORE, O'CONNERS, CITY PLACE, OLD SCHOOL SQUARE, SOUTH SHORE, the DOWNTOWNER, the BLUE MARTINI, NOTH`N FANCY, BEACH PLACE, LAUDERDALE GRILLE, FISHTALES, and the COCONUT CREEK CASINO are but a few examples.

“THE CAPT.” Also worked with DON COHEN of the MUSCIANS EXCHANGE as an M.C. for the RIVER WALK BLUES and MUSIC FESTIVAL for many years along with FAMOUS FRANK WARD of the KNUCKLE BUSTERS and the lovely DAR of WKPX Sunday Blues RADIO show. 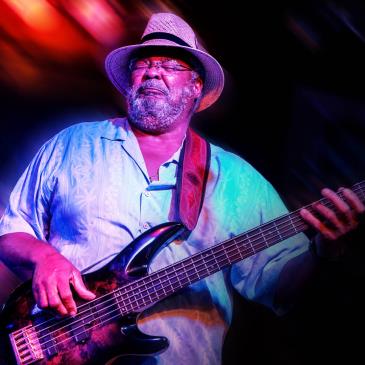