Three Fourteen is a group of like-minded individuals that have joined together to incorporate their experiences into one mash-up of music; a young four-piece band composed of old souls: Andy Hionides (guitar), Adam Murray (guitar), Joe Acri (bass), Josh Lassoff (drums). They perform flavorful, protracted sets of reggae and blues-influenced rock. Some songs consist of clear-cut melodies with order, while others offer a sense of flexibility with heavy, variable jams. Along with their originals, they love to play songs by their favorite artists such as The Grateful Dead, Bob Dylan, Bob Marley, and many other rock groups. Three Fourteen creates clever setlists that are known to incorporate surprise medleys and teases.

Aquatic Ape Theory came to fruition as an experimental basement party band based out of Philadelphia, PA. They only have one clear goal and that is to take their electrifying presence and crunchy slam band sound out for one hell of a spin. That being said, hop on or get out of the way because there is nothing stopping this ship of miscreants from taking your ears for a ride. 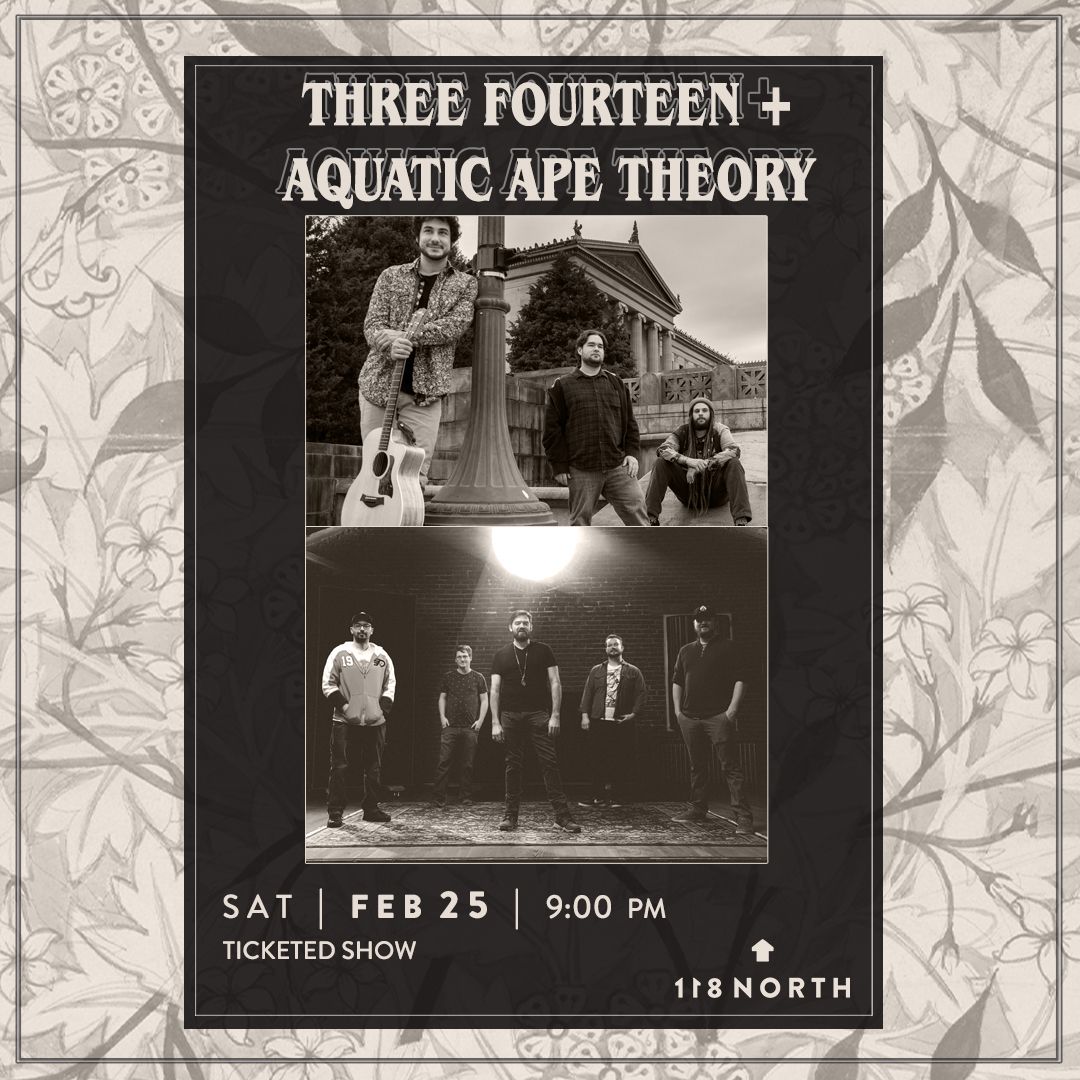