This is a socially distant pod show.

1. All pods are asked to show up together before entering

2. Parking is only available for purchase in advance.

3. Until you're in your pod, masks must be worn at all times.

4. Temperatures will be taken when entering the venue.

5. Masks are required when entering & leaving the venue grounds.

6. Hand sanitizer will be readily available on site.

Please scroll down to view updated rules and policies

Please use the interactive map above to select seats for your group of 2 or 6.

Thundercat released his new album It Is What It Is on Brainfeeder Records on April 3, 2020. The album, produced by Flying Lotus and Thundercat, features musical contributions from Ty Dolla $ign, Childish Gambino, Lil B, Kamasi Washington, Steve Lacy, Steve Arrington, BADBADNOTGOOD, Louis Cole and Zack Fox.

It Is What It Is follows his game-changing third album Drunk (2017). That record completed his transition from virtuoso bassist to bonafide star and cemented his reputation as a unique voice that transcends genre. "This album is about love, loss, life and the ups and downs that come with that," Bruner says about It Is What It Is. "It's a bit tongue-in-cheek, but at different points in life you come across places that you don't necessarily understand... some things just aren't meant to be understood."

The tragic passing of his friend Mac Miller in September 2018 had a profound effect on Thundercat and the making of It Is What It Is. "Losing Mac was extremely difficult," he explains. "I had to take that pain in and learn from it and grow from it. It sobered me up... it shook the ground for all of us in the artist community."

Comedy is an integral part of Thundercat's personality. "If you can't laugh at this stuff you might as well not be here," he muses. He seems to be magnetically drawn to comedians from Zack Fox (with whom he collaborates regularly) to Dave Chappelle, Eric Andre and Hannibal Buress whom he counts as friends. "Every comedian wants to be a musician and every musician wants to be a comedian," he says. "And every good musician is really funny, for the most part." It's the juxtaposition, or the meeting point, between the laughter and the pain that is striking listening to It Is What It Is: it really is all-encompassing. "The thing that really becomes a bit transcendent in the laugh is when it goes in between how you really feel," Bruner says. "You're hoping people understand it, but you don't even understand how it's so funny 'cos it hurts sometimes."

Thundercat forms a cornerstone of the Brainfeeder label; he released The Golden Age of Apocalypse (2011), Apocalypse (2013), followed by EP The Beyond / Where The Giants Roam featuring the modern classic "Them Changes." He was later "at the creative epicenter" (per Rolling Stone) of the 21st century's most influential hip-hop album Kendrick Lamar's To Pimp A Butterfly, where he won a Grammy for his collaboration on the track 'These Walls' before releasing his third album Drunk in 2017. In 2018 Thundercat and Flying Lotus composed an original score for an episode of Golden Globe and Emmy award winning TV series Atlanta (created and written by Donald Glover). For his latest album, Thundercat took home the Grammy Award for Progressive R&B Album. And in a truly full-circle moment, he contributed an original song for the reboot of anime he took his name from, Thundercats.

Growing up in West Oakland provided the Grammy Nominated, Platinum recording artist Guapdad 4000 (born Akeem Hayes) with a vast treasure chest of invaluable inspiration, encouraging him early on in life to explore his innate talents as a multi-hyphenate creative and eager student of the game. Guapdad's profound sense of humor, paired with his aptitude for commanding attention, translated organically into his lighthearted freestyles and ignited his interest in developing his well-rounded capacities as a vocalist. While navigating an upbringing challenged by both parents being in and out of jail at often overlapping time frames, Guapdad 4000 began operating out of a necessity to both survive and take care of his siblings and grandmother. Driven by his greater desire to rise above such calamitous circumstances, he turned to illicit means to make money, such as credit card fraud and petty theft, a path accented by ups and downs that later provided ample material for his original content. After releasing a slew of successful hits since the summer of 2019, Guapdad 4000 released his highly anticipated debut album, “Dior Deposits” in October of 2019. In addition to his singles setting the charts on fire and his solo album going viral, Guapdad also continues to build a buzz after his features on Dreamville’s Grammy Nominated RIAA Platinum “Revenge of the Dreamers 3” album by performing at prominent festivals nationwide and touring with P Lo, Earthgang (Dreamville) and Denzel Curry. The recent release of “1176”, a joint project with super-producer !llmind, Guapdad delved into his past, touching on everything from his Filipino upbringing to life with his family in Oakland. Described by The Ringer as “one of the year’s best albums”, 1176 is “a deeply personal work that tackles mental strife and the gentrification of his city while still showing off the trademark personality that endeared him to fans.” Now, Guap is preparing to release “1176 Deluxe” as well as a short film, “Stoop Kid”, that provides further visual support for his incredibly personal album. Guapdad’s talent, creativity and versatility marks him as one of the most promising budding stars of the music industry. 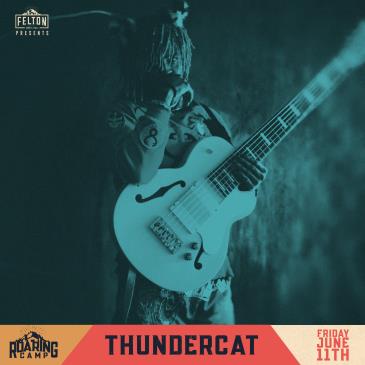