Tiwa Savage is a resilient force within Africa’s ever-growing music and entertainment industry. While conquering the charts in her home country of Nigeria and becoming one of the most recognizable faces in the popular Afrobeats scene, Tiwa has also managed to carve a career as a reputable songwriter for some of today’s biggest and most successful musicians. In addition, she is currently the most followed African female on social media.

The past 36 months have been solid for Tiwa Savage. In Nov 2018, she was crowned Best African Act by the MTV European Music Awards and made history as the first female to win the accolade. In the same year, Tiwa became the first African female to sell out London’s IndigO2 and she was handpicked by Coldplay’s lead singer Chris Martin to perform alongside Beyonce, Ed Sheeran and Jay Z live at the Global Citizen Festival in Johannesburg to a 70,000 strong audience and millions across the globe. She released a string of mega-hits such as ‘Mr Lova Lova’ ft Duncan Mighty, ‘Diet’ and ‘Tiwa’s Vibe’ all hitting the No. 1 spot across charts all over Africa and securing her position as one of Afrobeat's leading artists. In 2019, she made history again, by becoming the first female African artist to play at the Wireless music festival in London. Later that year, she signed an exclusive recording contract with Universal Records and in September released her first global single titled ’49-99’ under Motown Records.

The singer, songwriter, philanthropist, and fashion icon was named one of the world’s top 100 inspirational women in fashion for US-style bible Vogue magazine and was chosen by Italian fashion giants Iceberg to perform during their spring/summer 2020 fashion show in Milan. 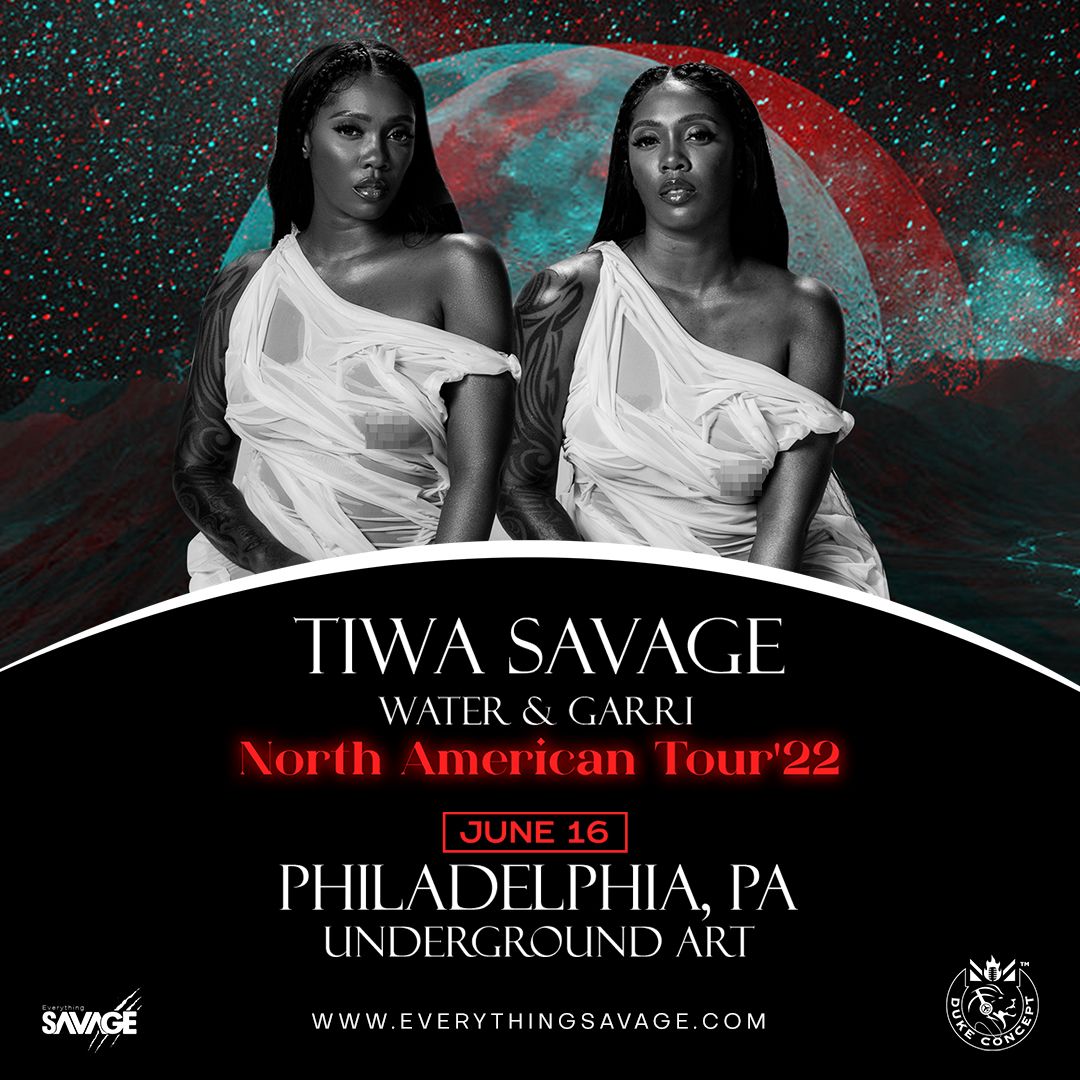