What’s more thrilling than knowing, in the first seconds of favorite band’s new album, that it’s gonna be a doozy? When you go into it cold and know instantly that the band knows why you like them—you’re still in tune with each other, and you can whip out your air guitar and play along like you know the songs. That’s the essence of the rock ‘n’ roll experience, and that’s the Toadies’ seventh album, The Lower Side of Uptown (Kirtland Records).

In those 27 seconds, the Toadies hit almost every hallmark of their signature, unique brand of alternative rock. Mammoth odd-time rhythms that put us off-balance. Guitars that grind and saw and gnaw. Evocative, provocative words that harrow and haunt—delivered in that voice. This is why, after 27 years, the Toadies are still killing it.

With their prior album, 2015’s semi-acoustic Heretics, the band subverted their fans’ expectations, toying with new and different sounding songs and gentler arrangements of classics like “Possum Kingdom” and “Jigsaw Girl.” The ensuing tour found the Toadies playing different venues—the kind with seats. Going into the studio for Uptown, Lewis says the group expected that the Heretics experience would influence Uptown’s sound. “The intention was that it would be kind of a melding of the two sounds: chill and acoustic, and loud, electric guitars,” he says. “It turned into the heaviest record we’ve ever done.” .

“There are a few points on Lower Side that are really fuckin’ weird and don’t necessarily conjure what we think the Toadies sound like,” Vogeler says. Those moments may or may not be readily apparent to anyone but the band. But to them, it signifies something much more important than a simple deviation from the norm. Twenty years ago, they were trying to please label executives. Today, they’re free to be themselves. “I think it makes us a better band and, hopefully, better music.” All told, The Lower Side of Uptown is an immensely gratifying and thrilling listen that shows the Toadies continuing to build on the creative boost that commenced when they ended a seven-year drought of new music with 2008’s No Deliverance.

Whats next? Toadies have enlisted Steve Albini to record their eighth studio album. Bassist Doni Blair refers to Albini as a “bucket list producer.” Guitarist Clark Vogeler adds “There are records in each of our collections that were recorded by him which mean the world to us. The sound he brought to records like The Pixies’ Surfer Rosa, and PJ Harvey’s Rid of Me, capture the feeling of being in a room with a band while they play (quite loudly, it would appear). A personal fave, Wedding Present’s Seamonsters saved me in a way that no other record has. The emotion of the songs just pours out of the speakers. His recordings of bands are honest; there’s not much in the way of Pro Tools fixing (he records to tape) or studio trickery (no autotune in sight!). It’s mostly just a band in a room with microphones, playing the songs, and that appeals to us at this point. We’ve always felt like we could deliver live, so why not record the band live?” 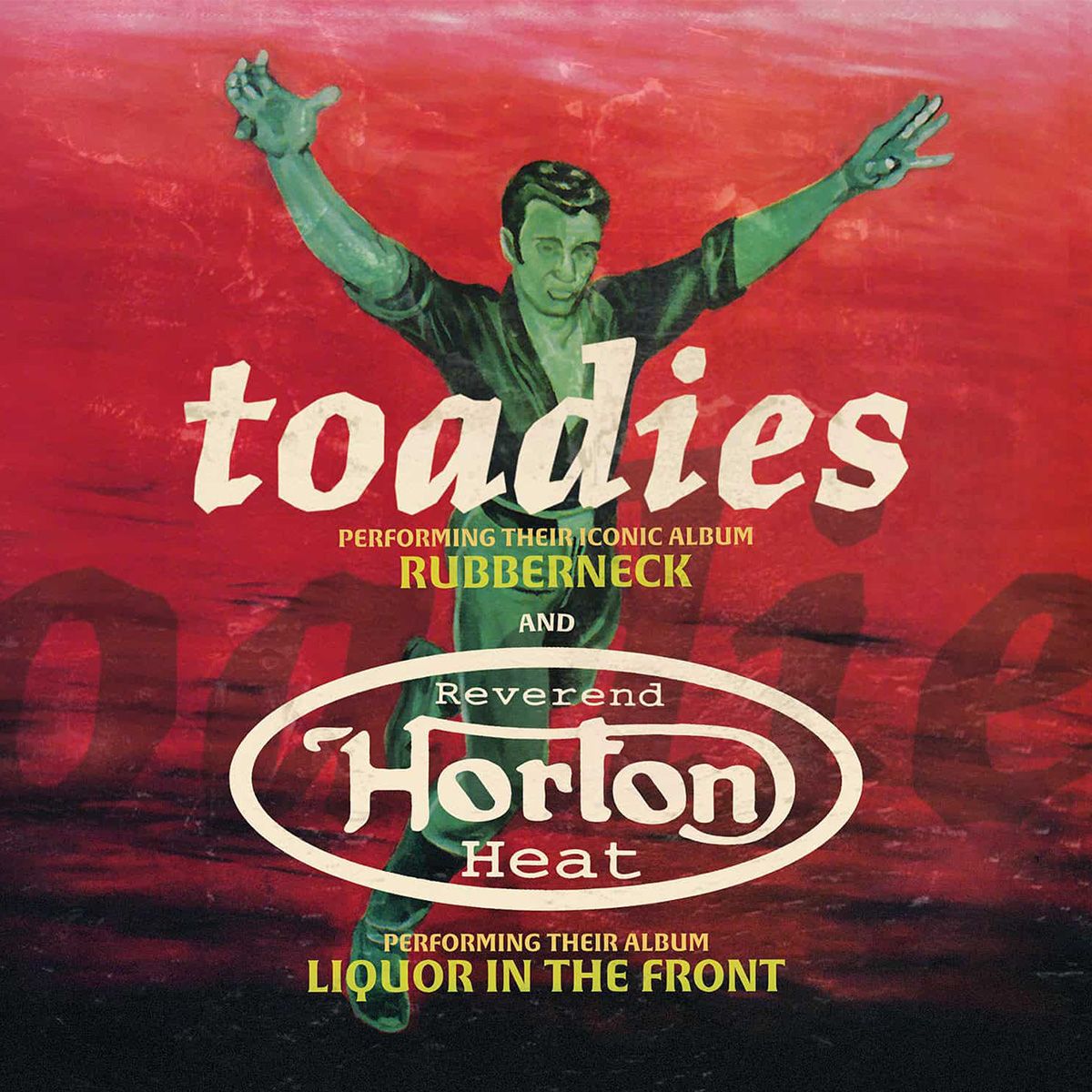