If you're reading this, you probably are considering going to a comedy show featuring a guy you've never heard of: me.

I'm from Boston and I do stand-up comedy for a living. I've won a few competitions including a big one in Canada which was televised in 2010 on "The Comedy Network" (Canadian Comedy Central) and paid me $25,000 that I quickly squandered. I'll always love you, Canada.

Comedy Central in the U.S. picked me for the "Up Next" certified club talent search in 2013, but has yet to put me on their network. What gives? I love you guys, but come on. My parents are gonna die before they get to see me do standup on American television and I'm gonna be sad about it. You have the power to prevent that. I'll be waiting by the phone, expecting your call.

Anyway, I've been a part of the Boston Comedy Festival for the past 10 years, and perform at all the clubs in Boston (except one; ask me, I'll tell you the story). I spend about 30 weeks per year on the road, working at comedy clubs across the country (all over New England, a lot of the midwest and the eastern seaboard). In winter, I book all my gigs in Florida and the Bahamas because I despise shivering and shoveling.

I love working at comedy clubs, and I'm really good at it, which is probably why they all keep asking me back every year. By the way, thanks for that, comedy bookers. I love you too.

Unfortunately, I'm lazy and I suck at marketing myself through social media and all that jazz, so I've never really built a big fanbase, (hence you've never heard of me). I sometimes feel like I'm just a little late to the party, too old, and not cool enough to be there; As is apparent by my use of the phrase "all that jazz". But I'm working on it. Do you want to be my manager?

I've also done some commercials, video shorts, webseries, podcasts, radio and tv appearances; not all of which I am proud of, but most weren't bad. I'm the founder & commissioner of the Boston Comedy Softball League which is awesome. 5 comedy clubs sponsor 60 comedians playing softball at night on the Charles river in Boston; it's as good as it gets. None of that really says anything about how funny I am on stage, but you might gather that I'm generally liked and respected by my peers, and you'd be right.

If you come to my show, you can expect it to be a little dirty with a sprinkle of mean jokes & sexy stories, a little truth and a couple of lies. I'll make some intelligent arguments, some mindless ramblings and hopefully, by the end, you'll have laughed a bunch and got to know me better. Then we can be friends.

And that'll be the moment when you'll feel good about yourself for taking a shot on the comedy show featuring the guy you've never heard of.

Come see me. I promise to be wicked funny. You probably got the tickets for free anyway. 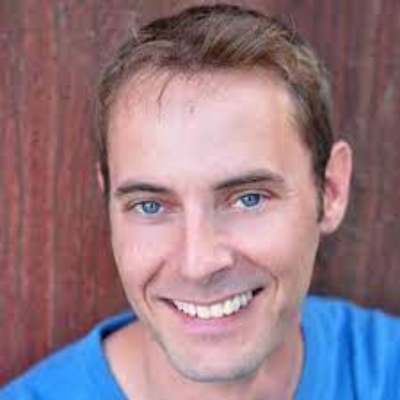