“The hardest thing to do,” says internationally beloved soul-blues rocker Tommy Castro, “is be yourself, take some chances and bring your fans along with you.” Throughout his long, constantly evolving career, guitarist, singer and songwriter Tommy Castro has always remained true to himself while exploring, growing and creating new music, and he has taken his thousands of devoted fans right along with him. Since his solo debut in 1994, he’s made 16 albums—the last seven for Alligator—each its own unique chapter in the book of Tommy Castro. Ranging from horn-fueled R&B to piping hot blues to fiery, stripped-down rock ‘n’ roll, each release is solidly built upon Castro’s unshakable musical foundation—a dynamic mix of 1960s-influenced guitar-fueled blues, testifying Memphis-soaked blue-eyed soul and Latin-tinged East San Jose funk, all driven by Castro’s grab-you-by-the-collar vocals and passionate guitar work. Blues Revue declared, “Tommy Castro can do no wrong.”


For Castro’s new album, a roots music odyssey entitled Tommy Castro Presents A Bluesman Came To Town, he tells a timeless story. This special project was composed by Castro along with Grammy Award-winning producer Tom Hambridge. Through its 13 songs, A Bluesman Came To Town tells the tale of a young man working on his family farm who gets bitten by the blues bug. He masters the guitar and heads out on the road seeking fame and fortune, only to find what he’s left behind is the treasure he’s been looking for. Each memorable song—from the blistering title track to the pleading Child Don’t Go to the hopeful I Caught A Break to the emotional Blues Prisoner—stands on its own, as well as contributing to the larger story.


“I like to keep things fresh and interesting,” says Castro, “Tom and I have talked about making a record together for a long time. Collaborating with him was even better than I imagined. I had an outline for the story and then Tom and I talked it out and the songs just started to organically grow out of each other.” Castro continues, “A Bluesman Came To Town isn’t a story about me. It’s pulled from some of my friends’ and my experiences though. I’ve seen first-hand for a lot of years what it’s like out there on the road.”


“Castro is one of the brightest stars in the blues-soul genre. Voracious blues energy and ultimate soul power...impassioned vocals and pure inventiveness in his stellar guitar solos.” –Blues Music Magazine 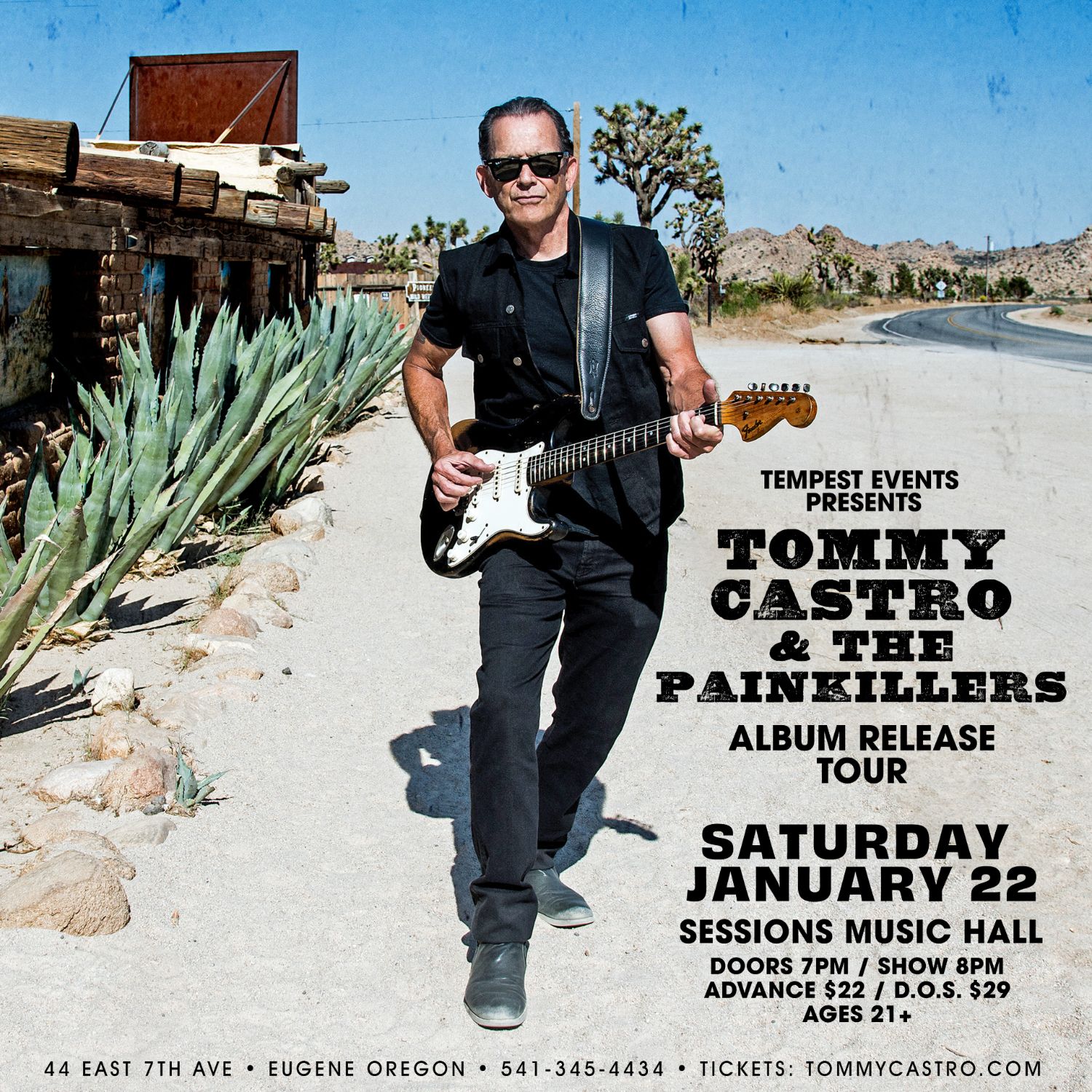