Too Slim & The Taildraggers

Tim “Too Slim“ Langford is a monster guitarist and unabashed  blues rocker whose influences run the gamut from Lightnin’ Hopkins,  Freddy King, Duane Allman, and Lynyrd Skynyrd to Robin  Trower. He is a prolific singer/songwriter whose songs have now  yielded an impressive 13 studio Too Slim and the Taildraggers albums, 2 solo albums and several live CD’s all on his own Underworld Records imprint.  Too Slim and the Taildraggers are Tim “Too Slim" Langford on guitar/vocals, Zach Kasik on bass/vocals and Jeff “Shakey” Fowlkes on drums/vocals. 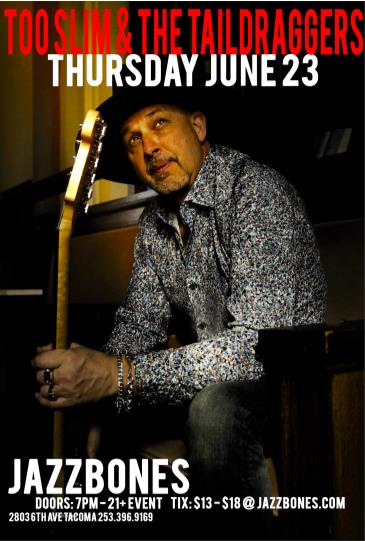