The adage that music is universal has never been truer in recent times. In times of darkness and disillusionment, music exists as an avenue of escape, healing and expression. And for the musicians making it, the opportunity to create is one that sits as both a treasure and responsibility.

For Australian electronic act Tora, it’s a mantle they picked up confidently in 2020 as they began to create their third studio record, A Force Majeure.

Eleven songs that capture the essence of a band who have found themselves a world away from the normalcy they were accustomed to.

Eleven songs that shine bright with refreshed perspective and a deepened understanding of the group’s artistry and identity.

As a definitive snapshot of the type of band Tora is today, A Force Majeure is sophisticated, mature and beautifully contemporary in both sound, feel and execution.

Though Byron Bay is still home, A Force Majeure is a markedly international album. Tora relocated to Amsterdam, set to make the city their base; an anchor around which a full year of European and American touring was to revolve.

Soon after their arrival however, the threat of COVID-19 became a very real presence, forcing Tora to cancel their entire tour schedule, but also retreat into a strict new locked-down lifestyle. Though the opportunity to perform was taken away, the band’s love for creating music remained and so, across the next eight months, Tora’s focus became set on their new record.

With nothing but time on their side, studio time became an utterly immersive experience. Renting and fitting out studio space to their own requirement and dedicating their days to working on music meant the band was able to approach the process not hindered by the pressures of time or scheduling.

It’s a breath of relief present throughout the album. The tracks on A Force Majeure oscillate between the ethereal and gorgeously stirring. Delicate piano meets seductive rhythms and production (‘When Will I Learn’, ‘In Deeper’). Vocal harmonies dance as Tora’s band vocals swap with those of special guests Angie Hudson and Asha Franco (‘Fire Apartment’, ‘Metanoia’).

The emotional draw and intensity flowing throughout ‘In Deeper’ evoke similar energies by artists like James Blake and Ry X; as an album opener, the song sets an ethereal tone and entices the listener to step into a soundscape delicately built around organic and electronic tones.

A companion piece of sorts, ‘Why Won’t You Wait’ pushes the album’s R&B elements into a dreamlike realm. As vocalist Jo Loewenthal sings almost hypnotically, woozy notes fill the arrangement; guitar, synths and well placed percussion add definition and edge to the track.

As Loewenthal describes, the album has grown in resonance for him as time has progressed. A Force Majeure is not an album written as a response to the pandemic, but it is an album that captures the adaptability and ambition of the band.

“The songs hold increasing importance and relevance to me. I’m glad we were patient,” he says. “We were in a rush last year when we were working on the music. We wanted to just get it out. During the COVID crisis we were like, “We’ve got to do something to stay in the public eye,” and then we thought, “Let’s just take our time; be patient with it”. It feels like it was a good decision, because the concepts have grown in potency over time.”

The potency and depth of A Force Majeure doesn’t simply extend to a select few tracks. Here, a solid sonic arc has been carried out from beginning to end. ‘Call On Me’ and ‘Inundated’, a one-two punch of an album highlight, plays with tone expertly.

‘Call On Me’ yearns for connection, but is a danceable track that represents one of the album’s more upbeat moments. And then with ‘Inundated’, exists in a beautifully melancholic space. “I had to bear the weight of the future…” Loewenthal sings. There’s added emotional weight that heightens the mood of the song without taking the listener out of the experience. The sounds Tora plays with are fresh yet accessible - it’s the sort of music meant to generate heat and moods; whether you’re in a club, at a festival, or set up at home.

As with their sophomore album, 2019’s Can’t Buy The Mood, Tora’s latest effort saw the band in both writer and producer mode. Here, they push themselves further into a sonic space that plays further with tempo and tone, introducing more light and dark tones than on previous works.

Personal growth and development were significant themes behind A Force Majeure and as the album began to take its final shape, these themes mirrored the band’s own ethos even more strongly.

“Put down your phone for a second, so I can have your attention,” Loewenthal croons on ‘Put Down Your Phone’. Perhaps one of the most timely tracks on A Force Majeure, the song pulls focus in reminding us to take note of the things that matter. “I don’t wanna be another mistake that you make when you are running off in another state of mind.”

Though pushed out of their comfort zone in many ways, Tora is at their most refined and self-aware on A Force Majeure. In navigating this new normal together, the band has emerged out the other side of this process tighter as a unit than before; it’s a dynamic irrevocably tied to the music.

“For us, amongst all of the chaos going on globally, this album really brought us a sense of relief.” Loewenthal says. “That’s what we want to share with the world. Come back to the self and work on the self so that you can project outward positively: that’s the message. Personal growth, growing yourself so you can help others. Don’t just take, give. Giving is the same as taking; when you give, someone else is taking. That ultimately comes back around.” 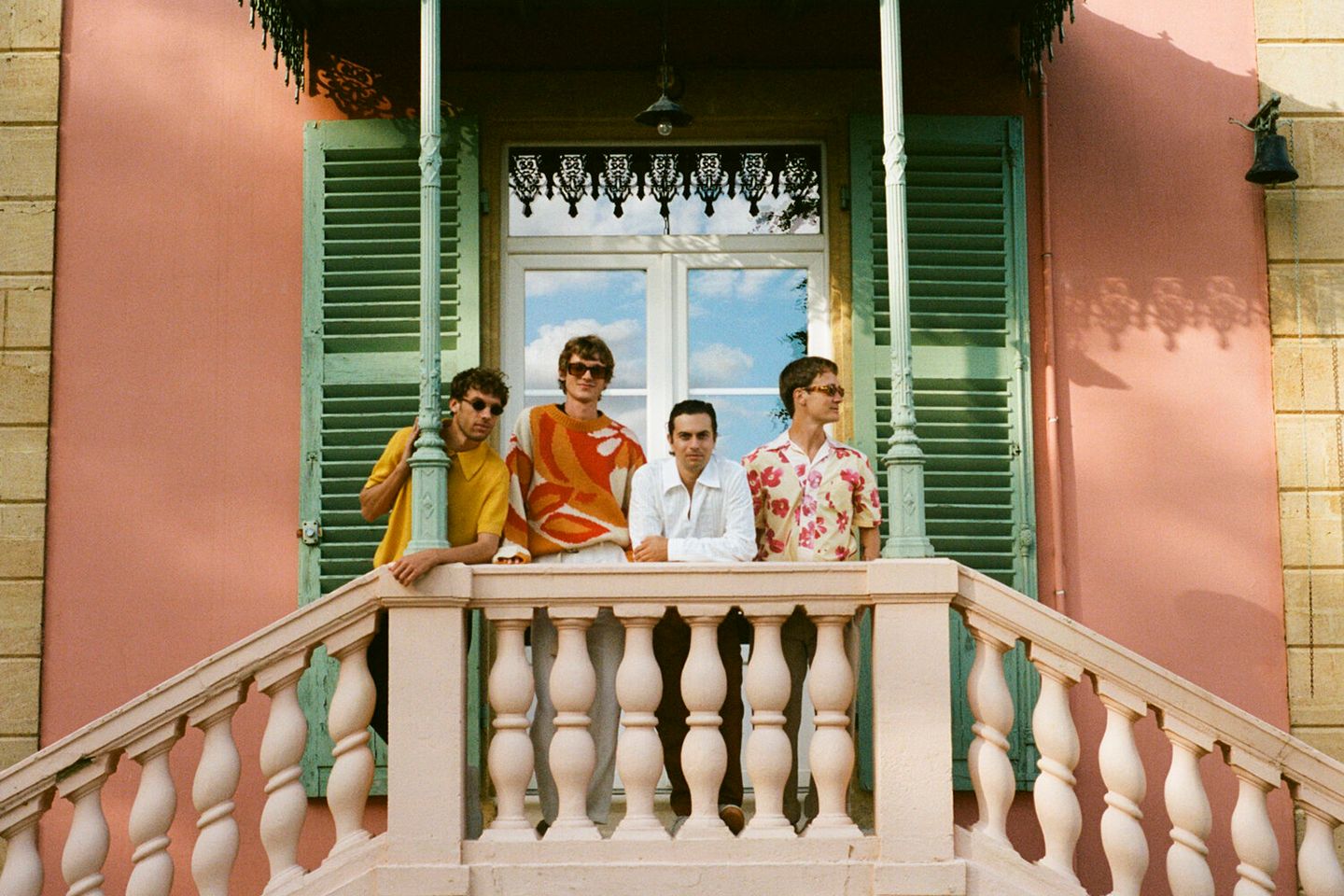