Chicago’s Twin Peaks have gleefully embraced change ever since their 2010 formation to become one of the city’s most essential rock bands. With their fourth album Lookout Low, the sonic and creative leap the five-piece takes feels like a total revolution in their youthful sound. The 10-track effort was recorded and cut live over three weeks in Wales with legendary producer Ethan Johns. Thanks to the band’s dedicated approach to rehearsing and demoing out their material before hitting the studio, the songs burst with life and the undeniable magic of their live show.

2016's Down In Heaven connected with audiences in a big way, seeing the band taking over late night on CONAN, while landing festival slots at Lollapalooza, Bonnaroo & Coachella, and tours supporting luminaries like Spoon, Cage The Elephant, and Wilco.

Having cut their teeth around the Chicago scene performing in acts such as Yoko and the Oh No’s and Gal Gun, guitarist/vocalist Max Loebman, guitarist Dimitri Panoutsos, guitaristChristopher Devlin, drummer/vocalist Joe Bordenaro, bassist Kevin Decker, and keys player Justin Bell joined forces to form ROOKIE in 2017. Animated by a spirit of collaboration and reverence to guitar-centric pop, ROOKIE harnesses a sound that echoes the canon of no-frills rock acts of the 70s while avoiding any accusation of being derivative. With no singular songwriter at the helm, ROOKIE’s aesthetic is anchored by the contributions of each of its members, a testament to their status as veteran musicians in Chicago’s increasingly influential indie rock ecosystem.

After over a year of steadily building their fanbase through raucous -- and often sold-out -- performances at some of Chicago’s premier rock clubs supporting nationally-known acts like Twin Peaks and King Tuff, explosive house shows and appearances at local festivals like Goose Island’s Block Party (where the band was slotted as direct support for Jenny Lewis), ROOKIE released a cover of Tears for Fears’ “Head Over Heels” on Bloodshot Records’ 25th Anniversary compilation, Too Late To Pray: Defiant Chicago Roots . In addition to ROOKIE’s contribution, the collection featured an impressive range of acts with ties to Chicago to celebrate the stalwart indie label’s silver anniversary, including Brendan Kelly and The Wandering Birds,Kelly Hogan, Robbie Fulks, Jon Langford’s Hillbilly Lovechild, The Handsome Family, and others. To celebrate the compilation’s release, ROOKIE headlined a sold-out show at Workshop 4200, where Chicago’s only vinyl pressing plant, Smashed Plastic, is located. Since its release, Too Late To Pray has received mentions from Greg Kot of The Chicago Tribune, No Depression, and Rocking Magpie.

ROOKIE’s debut LP is scheduled for release in the spring of 2020. Tour dates across the US being planned to support the record, which will include appearances at South by Southwest in Austin, TX, Treefort Music Fest in Boise, ID, and Shaky Knees in Atlanta, GA. 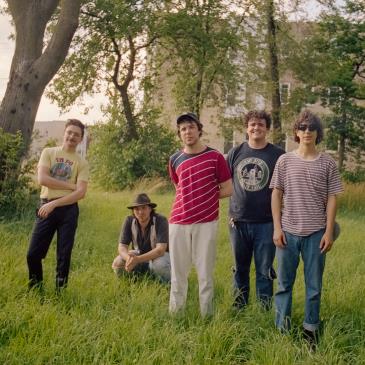