All ages welcome
Tickets available at the bar or online!

Twin Tribes
https://www.facebook.com/TwinTribes/
Hailing from Texas, this emerging force in the darkwave scene turned heads in 2018
with the release of their sold-out debut album Shadows. Returning in 2020 with the
ten-track album Ceremony, they’re back with an evolved sound that explores love and
loss while showcasing their progression as a band.
After gaining some serious credibility on the US live circuit playing alongside such acts as
She Past Away, ACTORS, Ash Code, and Kaelan Mikla, Twin Tribes returned to the
recording studio in 2019 to put together their second album, released in December.
Ceremony is both dynamic and introspective, balancing the darker shades of the emotional
spectrum with an energy and momentum that gifts their music a powerful sense of urgency
and drama. With lyrics that dig deep into the personal turmoil of love, life and loss, Twin
Tribes have forged a new aesthetic that fuses the gothic with the romantic, viewing
emotional themes through a darker lens.
“It’s the next step in our progression as a band. We feel we’ve grown leaps and
bounds, and hopefully, in this coming year, we can continue to grow.”
Drawing influence from The Cure and Depeche Mode while forming an integral part of a
burgeoning scene that includes contemporary acts such as Drab Majesty and She Past
Away, Twin Tribes have played shows across the US in support of their debut album, and
plan to bring their latest release to festivals and venues across the country and even further
afield this year. As their second LP gains increasing critical and commercial attention, these
pillars of the independent music scene continue to re-define what genres such as darkwave
and post-punk mean in 2020.
Sevit
https://www.facebook.com/sevitband/ 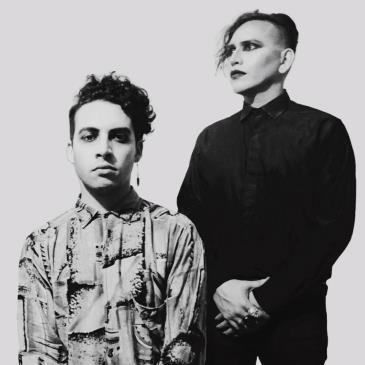