Phallen Pollen is an indie rock band formed in late 2019 in East Los Angeles. They debuted their first EP in 2021 titled Pending Endings. Following the next release, their second EP titled Paradise Abyss in the summer of 2022.

Travis Frank ~singer, songwriter, guitarist~ was born in the small town of Warsaw, Indiana and spent most of his youth growing up in the nearby town of Fishers. His musical journey began at an early age, which found him singing at 5 years old, picking up the guitar at 11, and writing his first love song at the tender age of 13. After only one semester attending Indiana University, Travis decided to leave college and pursue his passion for  music as a full-time career. Within just a year, he started performing in bars and restaurants   as a solo acoustic act, entertaining regularly on weekends and many weekdays, playing 3-hour shows of mostly cover tunes with an occasional original. Six years later, after being  invited by a friend to visit Los Angeles, Travis made a leap of faith and moved to the City of Angels in the summer of 2018.  Since then, he has focused on developing himself as an artist and has quickly risen to the level of featured act at iconic venues such as The Viper Room, The Peppermint Club, and The Mint. Travis has become known for his sultry, poetic lyrics, masterful craftsmanship of both the upbeat rock tune and smoldering ballad, and dynamic performance style. His debut album Once Upon A Time and his most recent single, Highway 27, can be found on Spotify, iTunes, and all other streaming services. 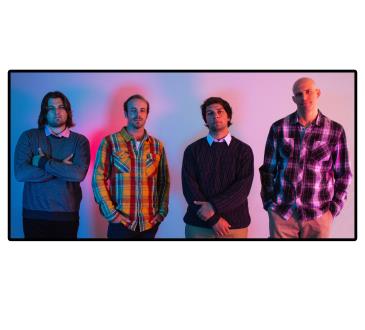