Five acts for the price of one band. It’s a traveling roadshow experience. A set by 4 artists, and then an all-star set at the end. Hosted by Uncle Dave Griffin, founder of the Gram Parsons Guitar Pull and Tribute Festival, and the Swamptown Getdown Music and Arts Festival – both held annually in Waycross.

The four featured acts for the Grant’s Lounge show are Dave Griffin himself, The Pine Box Dwellers, Andy Johnson, and Micah Bonn. Micah is a multi-instrumentalist and singer-songwriter. Her teen years were spent traveling across the midwest and Appalachia winning various fiddle, mandolin, banjo, and songwriting contests, while also performing at music festivals, sitting in with bands and musical luminaries, and performing solo. With natural exuberance and warmth, she blends traditional plus contemporary styles into her songs, drawing on rich music traditions and techniques she learned firsthand from renowned American fiddlers

Uncle Dave Griffin is a songwriter, published author from Waycross, Georgia. He is the founder of the annual Gram Parsons Guitar Pull and Tribute Festival, and the annual Swamptown Getdown Music and Arts Festival. His original songwriting has landed publishing contracts with The Lowery Group/Bicycle Music Company and has placed him on festival stages, in listening rooms around the southeast, and as the opening act for Leon Russell in 2015.

In 2016 Uncle Dave began writing a weekly blog called “Tail of the Weak,” a series of personal insights and musical memories. A collection of these blogs was published by Aakenbaaken & Kent Publishing in December 2018, called Tails of the Weak: From Doghill to Tripoli and Back. 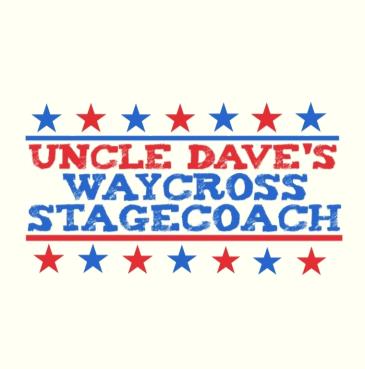