Underground Springhouse is a rock n roll outfit hailing from Athens, Georgia. Noted for their authentic sound and distinctive blend of herbs and spices, Springhouse’s music draws inspiration from funk to freeform – rock to reggae. Galvanized by the success of their debut single, “Joyfell,” Springhouse has since released two EP’s (both studio and live) and most recently, in April, released their debut, self-titled album. They’ve been featured performing at the Georgia Theater and 40 Watt, and have opened for such artists as The Wailers, Steel Pulse, The New Mastersounds, and Sunsquabi. Springhouse will be hitting it hard this year, playing everywhere for everyone, so be sure to keep your eyes peeled and belt buckled for when Underground Springhouse comes to town. 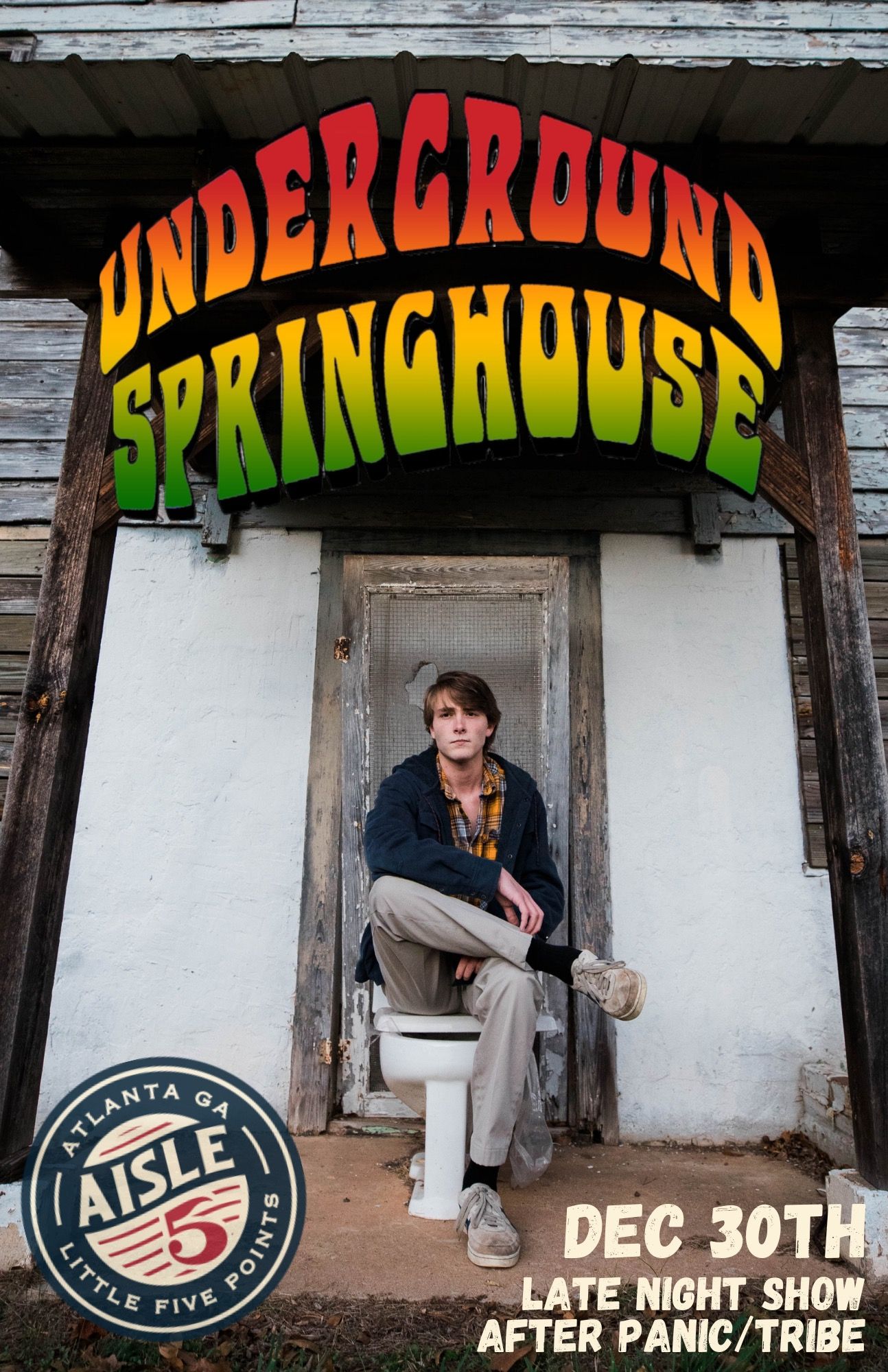