21+ Unless Accompanied by a Parent or Legal Guardian

“More of the good, less of the bad.” That’s the motto upon which Underground Springhouse have built their sound and style. Exploring reggae, country, and funk influences within a rock ‘n roll context, Springhouse has crafted a genre-bending catalog that takes listeners from beaches to back roads with ear-worm hooks and head-bobbing grooves.

Their debut single, “Joyfell” (2018), has caught the ears of listeners around the country, galvanizing the band to become the touring and recording machine that they are today. Springhouse has since released a full length album, “Underground Springhouse” (2021), and an EP, “Tom Foolery” (2019), as well as a number of one-off singles. Their most recent release, single “I’ll Be Fine” (April 2022), sees the band incorporate southern rock and blues influences while staying true to their motto with the song’s chorus: “Gonna find myself an exit, a few cold beers, and a late-night breakfast and I’ll be fine.” 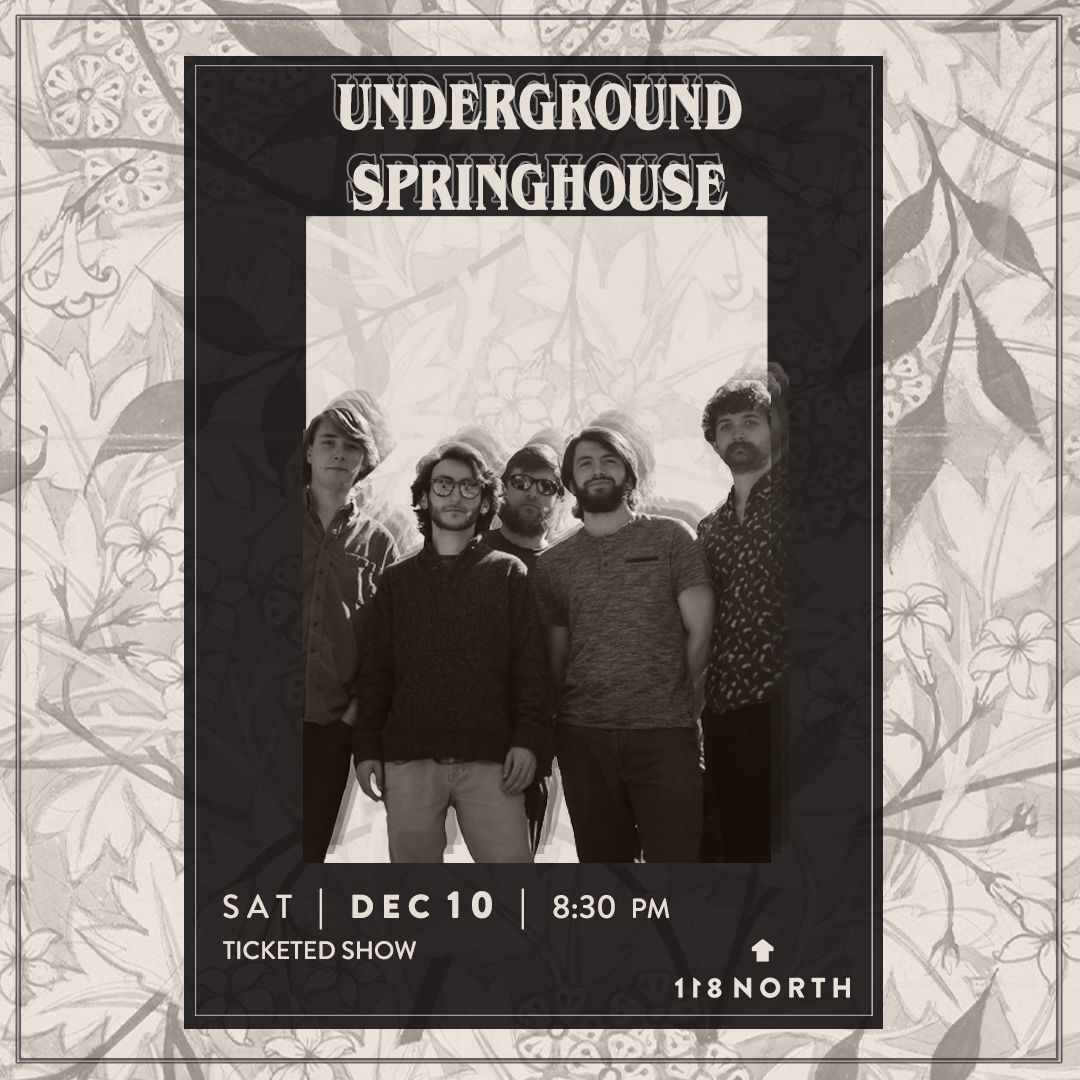