VARLA JEAN MERMAN in A STAR IS BORED (POSTPONED TBA)

THIS EVENT HAS BEEN POSTPONED - A RESCHEDULED DATE WILL BE ANNOUNCED!

VARLA JEAN MERMAN in A STAR IS BORED

Featuring Gerald Goode at the piano

After 25 years of giving over 75% of her best at every performance, Varla is well, tired. With fierce competition from Kardashians, Drag Race and social influencers who are as old as Varla's undergarments, our favorite daffy drag diva might have to (gulp) make an effort this year. Can sizzling new songs, dazzling new couture, and Ariana Grande-style ponytails add up to a thrilling evening of entertainment? Find out when Varla pulls out all the stops and actually makes an effort in A STAR IS BORED.

Jeffery Roberson aka Varla Jean Merman starred in the new musical Lucky Guy opposite Leslie Jordan in NY at the Little Schubert prompting The New York Times to rave, If Carol Burnett and Harvey Korman had stood in front of the right pair of funhouse mirrors, they might have resembled Ms. Merman and Mr. Jordan in stature as well as comedic talent. Jeffery wrote and starred in the filmVarla Jean and the Mushroomheads. He also played the title role of Giancarlo Menotti's operaThe Medium in New York at the Marjorie S. Deane Little Theatre.  Jeffery is co-starred inThe Judy & Varla Show with Judy Gold at The Huntington Theatre this past October and they will bring this show to Joe's Pub in NYC in April.

He guest starred as Varla Jean on Ugly Betty in the final season of the show and was also featured on Bravo's Project Runway Season 5 as the winning model for the shows drag challenge. He played the role of Mary Sunshine in the revival ofChicago on Broadway and also made his network television debut on All My Childrenin the recurring role of lady of the evening Rosemary Chicken. He shared the Outfest Film Festival Best Actor Award and the Aspen HBO Film Festival Best Actress Award with his costars Jack Plotnick and Clinton Leupp for his featured performance in the cult classic film Girls Will Be Girls (Sundance 2003) directed by Richard Day.

Jeffery also appeared at the Long Wharf Theatre in Hartford Stages production of The Mystery of Irma Vep directed by Michael Wilson performing the roles originally made famous by Charles Ludlam. In 2010 Jeffery won an Elliot Norton Award for Best Musical Performance in The Phantom of the OPRAH. He returned to Boston in the fall of 2011 to star as Mother Superior in SpeakEasy Stages production of The Divine Sister by Charles Busch.

As Varla Jean, Jeffery has filled cabarets and concert halls across the world including the Sydney Opera House, Carnegie Hall, the New York Public Theater, London's Soho Theatre and LA's Renberg Theatre. Jeffery wrote and starred in the short Improve Your History with Varla Jean: Stonewall, for the launch of the MTVs television network Logo and was also seen in their One Night Standup: Dragtastic special.

When you arrive at Will Call on the night of the show, seats will be assigned first come first served, from the front of the theatre to the back. If you want to sit closer, be sure to come earlier. 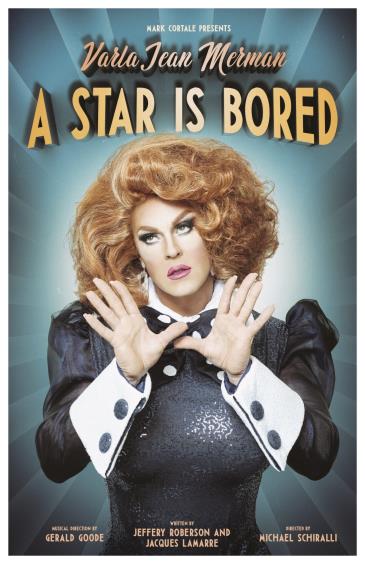