In many folkloric traditions, on a full moon normality is momentarily suspended. Under the “eye of the night” the mind becomes an antenna, and other behaviours and instincts kick in. The new album by Vanishing Twin, Ookii Gekkou (Japanese for Big Moonlight), is the sound of ordinary life under a different set of rules, in a place where it’s always night. This is a record conceived and created under lockdown – a sort of dream catcher for all the madness of the past year. Each song a spell or an incantation for coping with the oddity and the eeriness of it all. “I moved in with Phil (MFU) in North East London and we started renting a studio nearby” says Cathy Lucas. “So everything was very focused and concentrated in this very small geographical area. With few distractions we could really get lost in what we were doing, and try to really respond with honesty and imagination to what we’ve been experiencing.” The music contains no fewer surprises as a result. It explores new ground for the band, incorporating elements of afrofunk, outer jazz and avant-garde, all the while keeping a foot in more traditional pop songwriting. The transitional opening ‘Big Moonlight (Ookii Gekkou)’ tells the chaotic story of rock torn away from the earth’s outer layer and its gradual falling into the patterns that give us moon phases, all this over a cohesive groove that nods to space-age music. ‘Phase One Million’ beckons to a discordant dance floor where afro spars with disco. It is finger clicking modern pop – too good for the radio – exuding the perspiration of gyration. A celebration that’s enlarged upon on the closing intensity of ‘The Lift’. And ‘In Cucina’ (‘In the Kitchen’) is an exotica awayday reminiscent of Sun Ra or KPM records from the late 60s written as the soundtrack to a chaotic cooking scene. Hurricanes, organisms, vibes, bells, and percussive rallies all follow, each infiltrated with influences as diverse as Piero Umiliani, Art Ensemble of Chicago and ELO among others. Indeed, even a cursory earful adds to an ever-expanding palette of sound, no mean feat for the newly-trimmed quartet of songwriter, singer and multi- instrumentalist Cathy Lucas, drummer Valentina Magaletti, bassist Susumu Mukai, and synth/guitar player Phil MFU, this reduction resulting in no fewer ideas and even bigger steps. 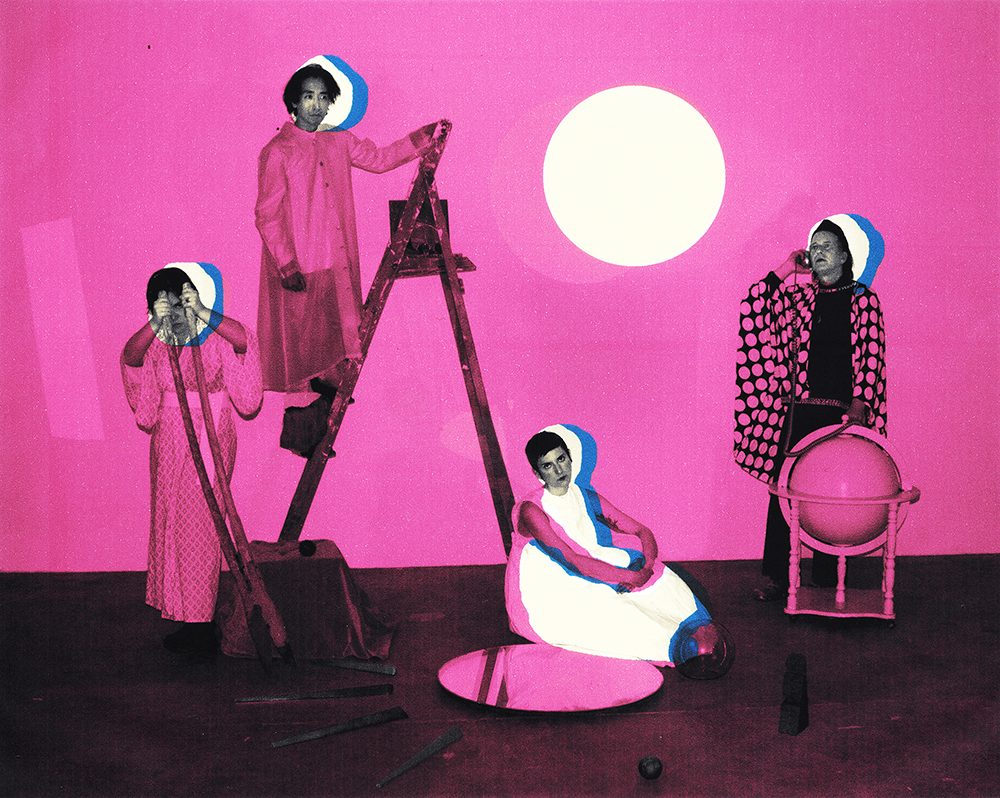