The anthropologist A. David Napier took aim at one of the most fundamental beliefs of modern times when he wrote his book The Age Of Immunology in 2003. He said the assumption that we can only survive by the elimination of ‘the non-self’ was a central idea which had spread catastrophically outwards from the world of medicine, infecting everything in its path.

To Vanishing Twin, one of the most exciting young groups in England at the moment, the term is used in dismay on living through a period where borders are being hardened, walls are being built and new boundaries being needlessly imposed. Band members may come from Belgium, Japan, Italy, France and America but they have all made England their home and, on this album, they are heralds of the much better future that is being rapidly dismantled as we speak. The Age Of Immunology – which is sung in all the primary languages of the musicians who made it as well as English – is the soundtrack for those who still believe in the pluralist dream, where the other is embraced and learned from, not isolated and destroyed.

Vanishing Twin is songwriter, singer and multi-instrumentalist Cathy Lucas, drummer Valentina Magaletti, bassist Susumu Mukai, synth/guitar player Phil MFU and visual artist/film maker Elliott Arndt on flute and percussion; and on this album they have made their first artistic statement for the ages.

Some of its great power comes from liberation. The album was produced by Lucas in a number of non-standard, non-studio settings. ‘Krk (At Home In Strange Places)’ summons up the spirit of Sun Ra’s Lanquidity and Broadcast And The Focus Group Investigate Witch Cults Of The Radio was simply recorded on an iPhone during a live set which crackled with psychic connectivity on the Croatian island of Krk. The magical Morricone-esque lounge of ‘You Are Not an Island’, the blissed-out Jean-Claude Vannier style arrangement of ‘Invisible World’ and burbling sci fi funk ode to a 1972 cult French animation, ‘Planète Sauvage’, were all recorded in nighttime sessions in an abandoned mill in Sudbury. The only two outsiders to work on the recording were ‘6th member’ and engineer Syd Kemp and trusted friend Malcolm Catto, band leader of the spiritual jazz/future funk outfit The Heliocentrics, who mixed seven of the tracks (with Lucas taking care of the other three).

One of several highlights here is the muscular ‘n’ crepuscular Krautrock-influenced future R&B of ‘Backstroke’ which seems intent of finding some dark new territory between AFX, Stereolab and Can. But if the concept for the album sounds heavy, then that’s not really reflected in the sonics which tend to be playful and psychedelic, drawing more from the spirit of Library Music than the hackneyed idea of yet another bunch of men wanting to be in the Velvet Underground or Stooges. This playfulness is mirrored in the band’s aesthetics, made by members from re-appropriated objects and primitive technologies to create surreal scenes with a nod to Dada and Bauhaus. As Lucas herself says of their utopian drive, “It’s really just a heartfelt wish that one day we will all be part of the United Federation Of Planets.” And perhaps, one day, when this happens, The Age Of Immunology will be the departure lounge soundtrack on international space stations yet to be designed and built.

Vanishing Twin formed in 2015 and their name refers to the foetal resorption of Lucas’ twin during pregnancy. This concept – alongside the idea of religious, philosophical and political pluralism – informed their first LP, Choose Your Own Adventure, which came out on Soundway in 2016; followed by the darker, more abstract, mostly instrumental Dream By Numbers EP in 2017.

The band explored their more experimental tendencies on the Magic And Machines tape released by Blank Editions in 2018, offering a glimpse into their practice of deep listening, near band telepathy, and ritually improvised sound making. These sessions formed the basis of The Age Of Immunology. 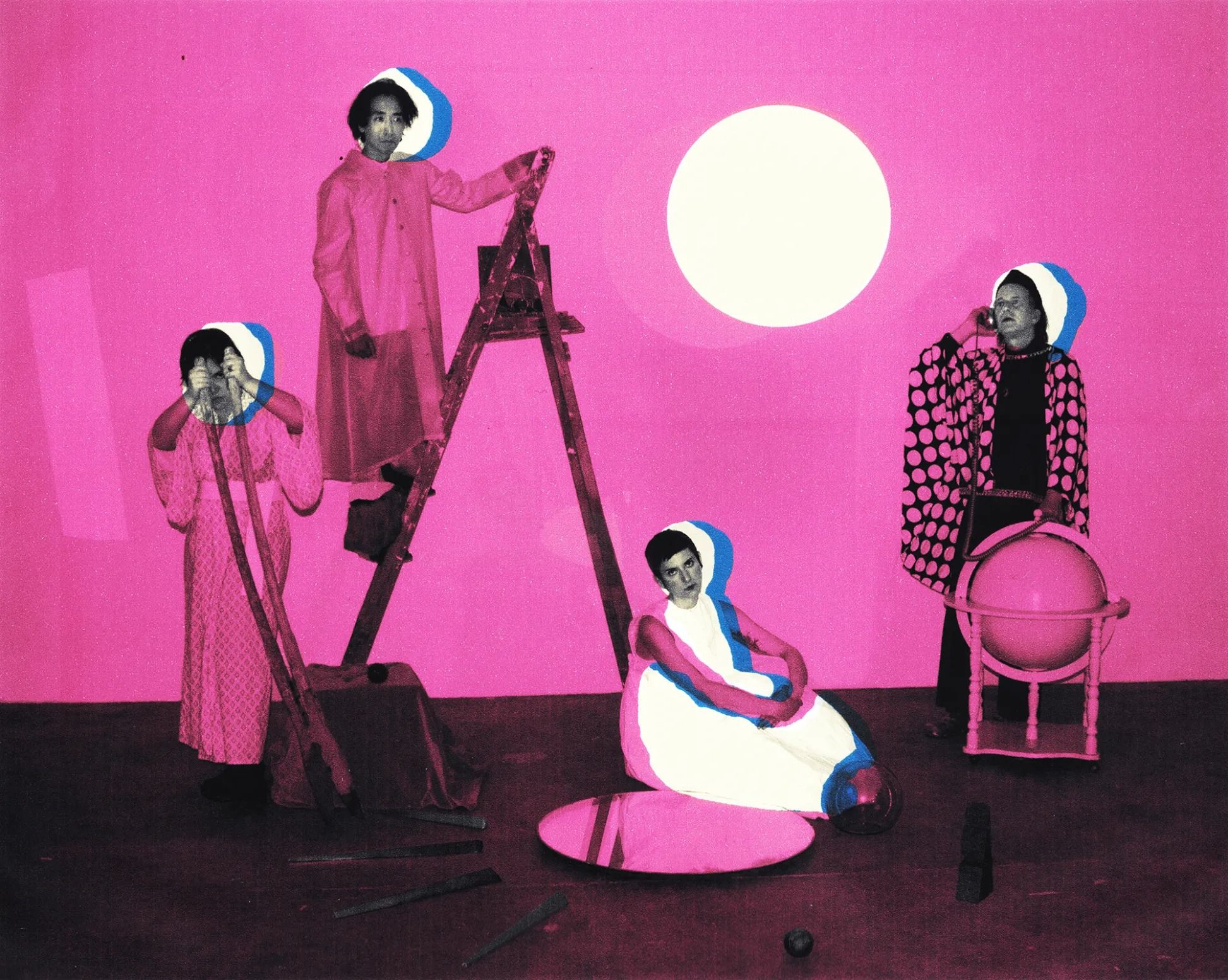