Multi-faceted alt-pop talent Vesperteen has experienced rapid widespread success throughout his career with no signs of slowing down. The Columbus, Ohio native birthed this project in 2015 and has continued to evolve and connect with his passionate fanbase. With his fans being known to camp out and line up hours in advance, Vesperteen has sold out venues throughout the US and Europe. Vesperteen has also supported for acts like Twenty One Pilots, Switchfoot and Great Good Fine Ok.

After the success of his debut self-titled EP and follow up The Hype is Dead in 2018, Vesperteen recently signed to Grammy-winning producer Alex Da Kid's KIDinaKORNER, which boasts a diverse roster of talented artists, producers, and songwriters. His latest EP Sad Sun includes a cohesive collection of tracks that reflect the theme of coexistence. Working with Detroit-based producer NYDGE the songs wrestle with finding a sense of balance between emotions and the ways in which humans process experiences whether negative or positive.

As a strong advocate for the importance of nurturing mental health, Vesperteen believes in the power of music as a salve, showcasing vulnerability, embracing humor, and transcending anxiety together. His open support for the LGBTQIA community has created a safe space for fans. This collective energy of devotion is exemplified through fan tattoos of lyrics and logos, incredible fan-art, and friendships made all over the globe. As of 2019, he's collected over 4.5 million streams on Spotify and over 70,000 fans across social media platforms and growing. 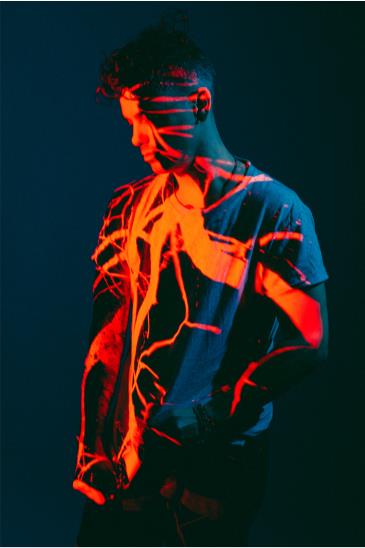