Victor Wooten is a 5-time Grammy Award winner and a founding member of the supergroup Béla Fleck and the Flecktones. He has been called the most influential bassist of the last 2 decades and was listed as one of the Top Ten Bassists of All Time by Rolling Stone Magazine. Wooten was also the winner of Bass Player Magazine's reader poll 3 times and remains the only person to have won it more than once. Having released multiple solo recordings, he is also the author of the widely read novel The Music Lesson: A Spiritual Search for Growth Through Music.

Steve Bailey is a pioneer of the six-string fretless bass whose techniques are studied around the world. Steve, an avid recording artist with two solo recordings under his belt, currently holds the position of Chair of the Bass Department at the prestigious Berklee College of Music in Boston. Bailey has played and recorded with Dizzy Gillespie, The Rippingtons, Jethro Tull, Paquito D’rivera, Larry Carlton, and Willie Nelson, to name just a few. Bass Player Magazine wrote: "Steve Bailey is to the 6 string fretless bass what Columbus is to America."

Together, they formed Bass Extremes in 1992, releasing their self-titled debut which remains one of the top-selling musical/instructional bass products of all time. Subsequent DVD and CD releases followed as they toured the world performing clinics and concerts. They are also known and respected as the dynamic teaching duo who continue to teach together at events, colleges, and universities around the world. They were also instrumental in introducing the original "Bass Camp" idea when they ran their first Bass/Nature Camp in Tennessee in the year 2000 and Bass at the Beach in South Carolina a few years later- both intensive camps which attract students from all over the world.
Gregg Bisonette is a Sabian artist and a member of Ringo Starr’s All-Star Band. He has recorded extensively for TV, films, and album projects in LA as well as giving Drum clinics all over the world. He returns for his second stint as the drummer for Bass Extremes. 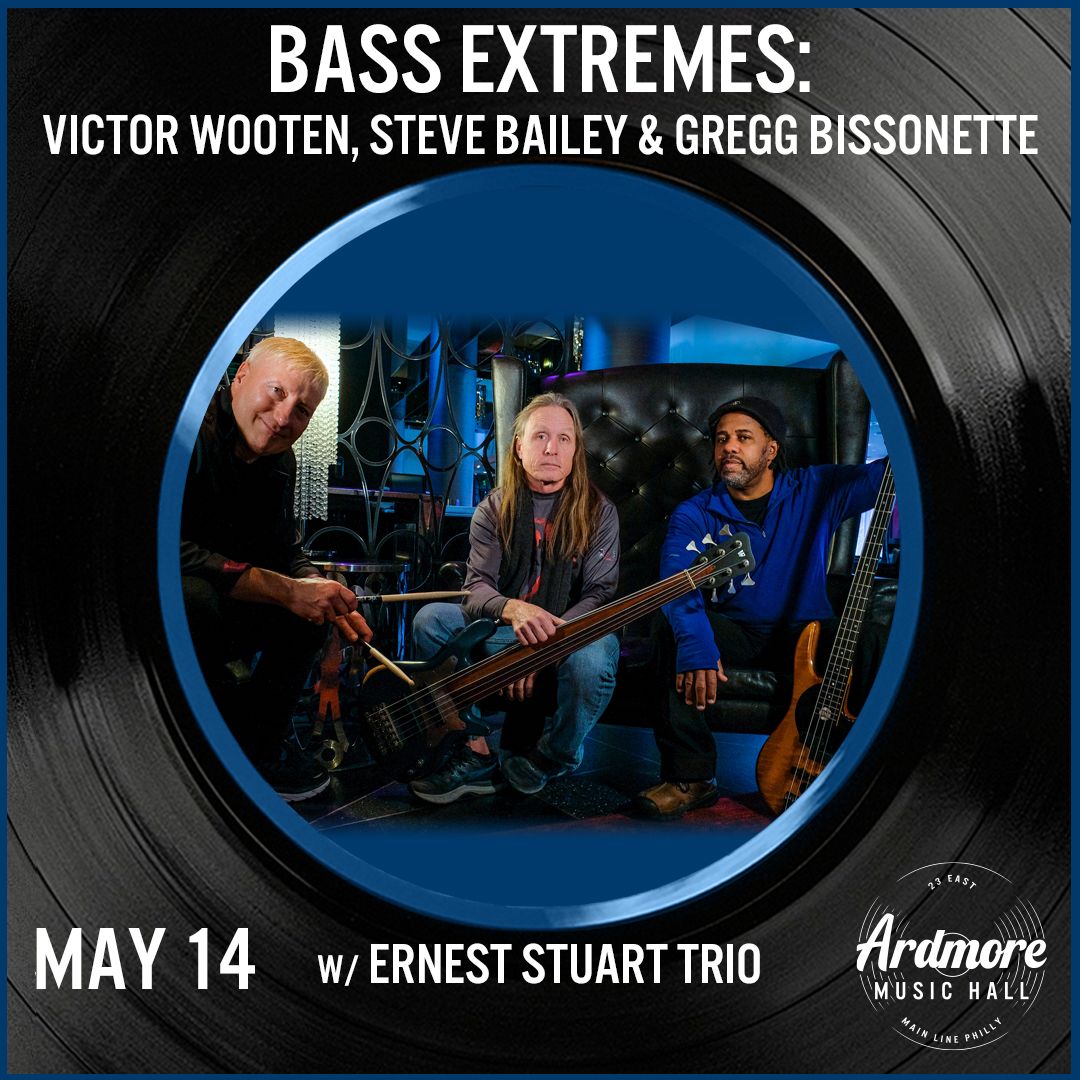