Philadelphia-born, Nashville-based singer/songwriter Vinnie Paolizzi brings thoughtful lyrics and old school sounds back to modern music. Hoping to follow in the footsteps of his heroes; Bruce Springsteen, Jackson Browne, and The Eagles, he moved to Nashville in 2017 and assembled a powerful band while making inroads in the songwriter community.

Over the course of 2020 he released music he had written since leaving his hometown behind. Both full band and acoustic tracks were recorded at the legendary "Sound Emporium" studio in Nashville, TN with an all-star band including fellow songwriter Gabe Lee on keys and backing vocals, long time Philly musician Alexander Saddic on drums and vocals, and Nashville handyman Dalton Ray Brown on bass and vocals.

In early 2021 he traveled to Springfield, Missouri and recorded a new EP with Nashville veteran producer Oran Thornton (Brent Cobb, Adam Hood, Miranda Lambert). This project “Private Sky” pays homage to the 70’s rock that Vinnie grew up on with lively full band sessions and songs recorded in one or two takes.

Look for Vinnie's new releases on Spotify and for his shows in Nashville and across the southeast in 2021. He also co-hosts the REVIVAL songwriter showcase on Tuesdays at The Tin Roof in Nashville with certified songsmith Rob Snyder. 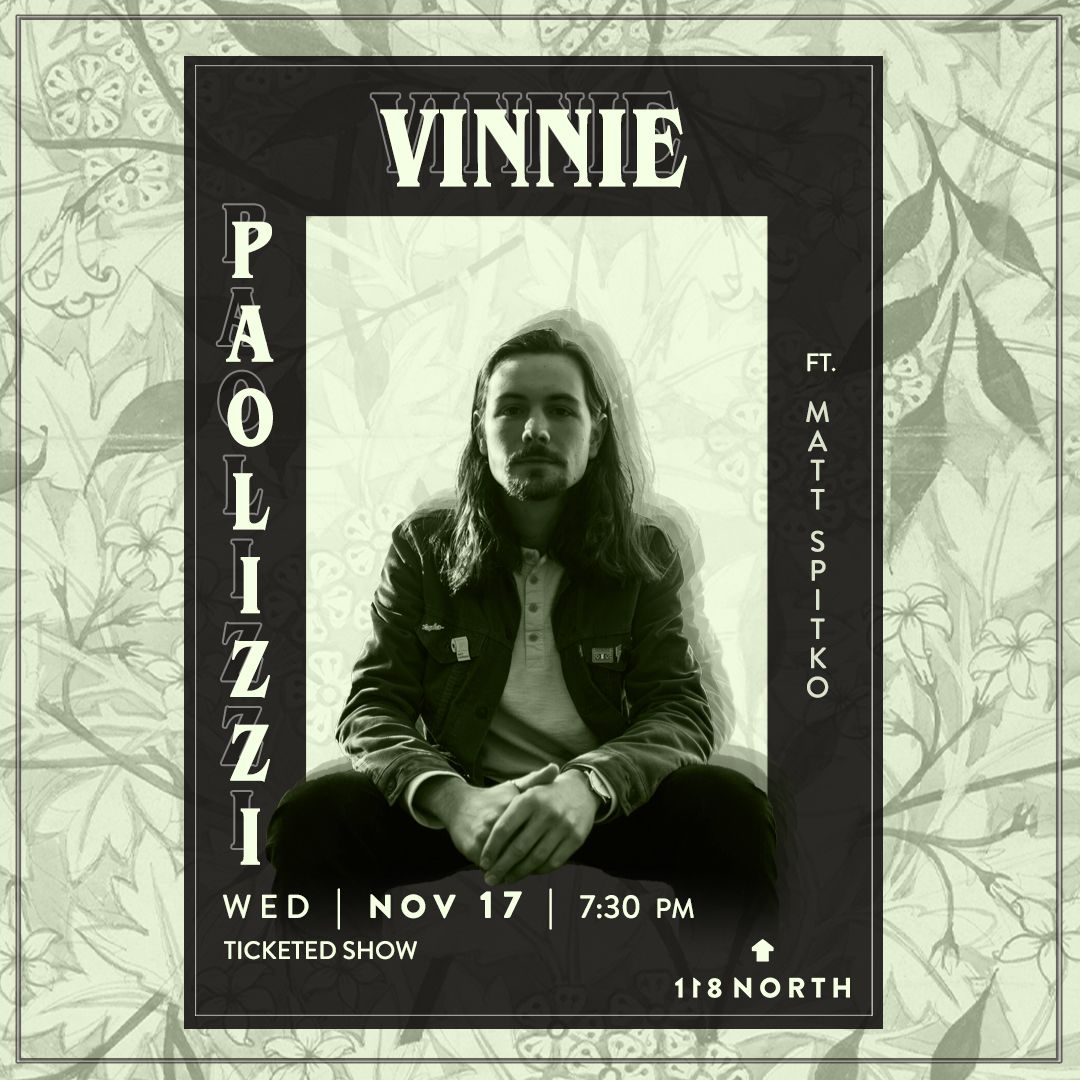