Visions of Atlantis
Spotify | Youtube
With their latest chart-topping studio album, Wanderers (2019), and the recent release of their first ever live BluRay/DVD, A Symphonic Journey To Remember, symphonic metal visionaries VISIONS OF ATLANTIS have, without a doubt, proven that they are on top of the scene. Now, the band sets sail on another adventurous journey and new exciting chapter, marking a turning point in their discography with the upcoming album, Pirates, out May 13, 2022 via Napalm Records. With their eighth full-length, VISIONS OF ATLANTIS deliver their most confident and honest record so far, proving that they have definitely stopped wandering to finally unleash their rebellious side and a free spirit untamed as the seven seas. 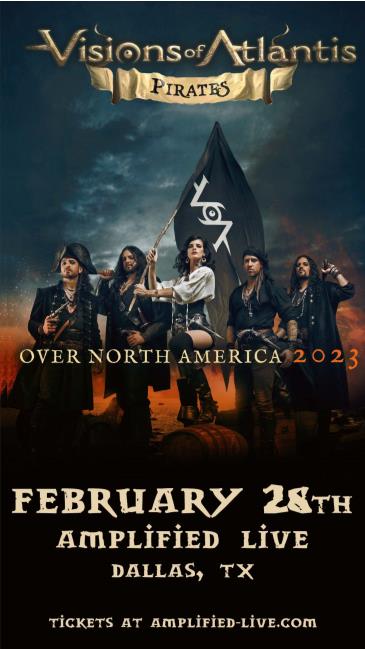