Rev. TJ McGlinchey has been known locally for his folky, singer-songwriter persona and memorably lyrical and sing-songy music. Through the years, he’s been a perennial performer of the Philadelphia Folk Festival and a mainstay at other local festivals and venues since the release of his debut album ‘Tell Me To Stay’ in 2012 (with a record release concert downstairs at World Cafe Live). He’s since released original music with local bands A Fistful of Sugar (‘Perspicacity’, 2013) and Lovers League (Eponymous, 2013; ‘2’, 2014). In 2019 the right reverend released his second solo album titled ‘Still In Love’ (with a release show upstairs at WCL). His most recent release as part of the funk collective Thelonious Jawn represents an entirely new direction for this songwriter turned composer (he earned an MFA from Vermont College of Fine Arts in 2019). This new effort, titled ‘New Europe/Blasted City’, turns up the funk, r&b, blues, jazz, and then points it all firmly at what was the summer of 2020 in the United States of America. For his live sets; you can expect to hear selections from all of his projects as well as some of TJ’s most beloved cover songs deemed most-salient to the present moment. Reverend TJ McGlinchey’s ‘Still In Love’ & Thelonious Jawn’s ‘New Europe/Blasted City’ are available everywhere from GrindEthos Records. 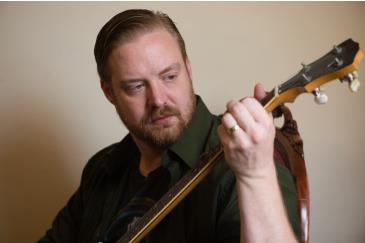