Founded by Puerto Rico based African American producer and percussionist Otura Mun, ÌFÉ is a futuristic live electronic music project blending elements of Afro-Cuban folklore and Yoruban religious music with the bass driven sounds of modern day Jamaican Dancehall, Trap and Afro-Beat. The single most important electronic act in Afro-Caribbean music, ÌFÉ’s 2017 debut album “IIII+IIII'' revolutionized the way electronic music was conceived and performed, seamlessly combining the intricacies of Afro-Caribbean percussion and song with the power of modern electronica played in real time, no DJ’s, no programming, totally freed from the grid. A groundbreaking reimagination of ancient diaspora music and movement, ÌFÉ’s music explores the higher frequencies while paying keen attention to the lower ones in a way that feels equal parts riot and ritual. Their highly anticipated sophomore album is slated for release in Fall of 2020.

“ÌFÉ fuses spiritual depth with dancehall influences… marrying the traditional with contemporary sounds to make something completely original.» «The music has a certain otherworldly quality that’ll resonate with even the most secular ear.” – NOISEY

“When I heard this record earlier this year I knew it would be my favorite of the year… It’s going to be one of my favorite records of all time!” – FELIX CONTRERAS – NPR

“Of all those trying to create a soundscape that links tradition with modernity, IFE is the one who does it best. In this debut album, the acoustic elements don’t overlap: they converse and exchange codes creating new patterns that expand the musical universe.” – EL PAIS

“ÌFÉ‘s new video for ‘3 Mujeres’ invokes the griot tradition of Yoruba music and Cuban rumba, bringing them into the digital age. If there are spiritual hymns to be found in the matrix, this is what they should sound like.” – LARGE UP 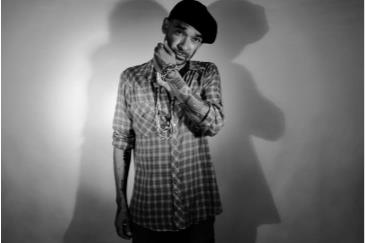