A little over a year ago, Nathan Williams found himself back in San Diego, writing what would eventually become Hideaway, his seventh album as Wavves, in a little shed behind his parents’ house. It was also the place where he made some of his earliest albums, before he became known for his uncanny ability to write songs that sneered at the world while evoking pathos, sympathy, and a deep understanding of how sometimes we’re our own worst enemies, and that can be okay. Williams’ return to his childhood home was not just a symbolic attempt at jumpstarting creativity. It came as a result of a series of major life changes.

A decade ago, Williams released King of the Beach on the maverick indie label Fat Possum. The album was a cocky collection of pop punk gems that catapulted him into the public consciousness, eventually prompting a jump from Fat Possum into the major label system, where he released two albums before becoming disillusioned by the lack of creative agency available to him. In 2017, Williams self-released You’re Welcome on his label, Ghost Ramp. Now, Williams has returned to Fat Possum with a barbed collection of anxious anthems that grapple with the looming sense of doom and despair that comes with getting older in an increasingly chaotic world. “He’ll always skew toward the Bart Simpson [character],” says Matthew Johnson, founder of Fat Possum. “But that does not mean that he doesn’t have some commentary, and once in awhile, it’s totally spot on.”

Across its brief but impactful nine tracks, Hideaway is about what happens when you get old enough to take stock of the world around you and realize that no one is going to save you but yourself, and even that might be a tall order. The album features Williams’ most universal and urgent songs yet. “Honeycomb” lopes along sunnily, as Williams sings affecting lines like “I feel like I’m dying, it’s cool, it’s great, just pretend I’m okay.” His directness is shocking, and proof that Williams is the kind of songwriter who can capture pain and uncertainty with resonant brutal force. “It’s real peaks and valleys with me,” Williams says. “I can be super optimistic and I can feel really good, and then I can hit a skid and it’s like an earthquake hits my life, and everything just falls apart. Some of it is my own doing, of course.” It’s this self awareness that permeates each of Hideaway’s songs, marking them each as mature reckonings with who he is.

After realizing the material he’d been working on in the hideaway was starting to take shape, Williams, along with bandmates Stephen Pope and Alex Gates workshopped the songs in a series of now-abandoned studio sessions, before linking up with musician and producer Dave Sitek of TV on the Radio to help fully realize their new songs. Williams and Sitek bonded while geeking out over music for hours every day. Sitek would pull up Johnny Cash deep cuts and honky tonk obscurities—songs that sonically don’t have much in common with the music Williams makes, but plumb the same emotional depths of the soul. It was a clarifying moment for Williams, who wasn’t quite sure what direction he wanted to take the songs he’d been working on. “We’d listen to old music and not get much done, but it was really important in the end,” he says. You can hear the result of these sessions on career high points like “The Blame,” which takes its cues from the Replacements’ best moments, but doubles down on a sort of yearning sadness. It’s full of hard earned wisdom and melancholy, and it sounds like nothing else Williams has ever done.

Meanwhile, on the album’s title track, Williams incisively cuts through the pitfalls of empty self-affirmations, his voice straining against lyrics like “I’ll do my best to hideaway, from all of the bullshit chasing me, I don’t care if time’s erasing me, it’s been torture existing this long” In the hands of a less direct performer, it’d be easy to hear this as self-pity, but Williams’ embrace  of that hopelessness shines through and becomes something else entirely: an embrace of the comfort that is right in front of him, of making his world small because he need to. Of changing—or not changing—what’s around him because it’s what he has the power to do. “I don’t have it in me to say that things are so much better,” Williams says. “It’s just not my story. It’s good if it’s someone else’s story, but I’ve also learned to realize there just isn’t redemption.” Ultimately, though, Hideaway is not an album about wallowing in depression. It’s about finding a way through all the noise and landing on something that approximates uneasy acceptance.

Please note that vaccination is not required to attend Resoundshows. Upon entry to the venue for each show you are required to present:

• A clear and legible photocopy of your vaccine card

• Photo of your vaccine card on your phone

• A digital vaccine passport or record

We also ask that you not attend any event if any of the following is true for you or anyone in your party:

If you have questions about the COVID-19 vaccines or need resources to find a vaccination location near you, please visit www.vaccinefinder.org. 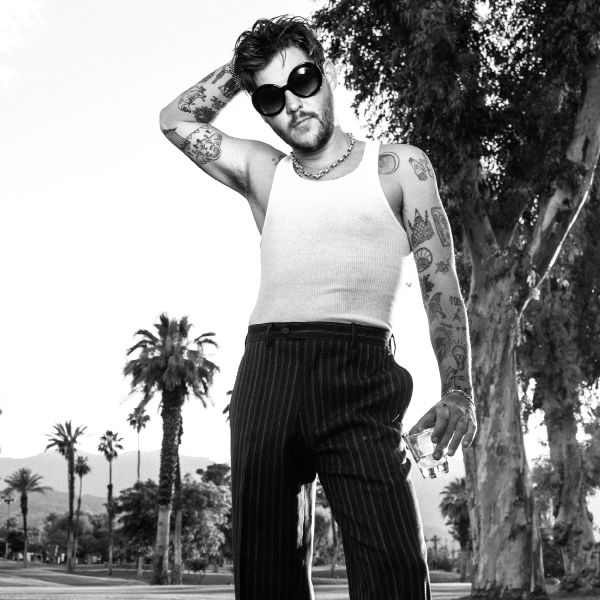