Wicca Phase Springs Eternal is the creative persona of Scranton, PA singer, songwriter,producer, and multi-instrumentalist Adam McIlwee. Stark transmissions of obsession,melancholia, and raw emotion compliment acoustic guitar and digital percussion as if PeterMurphy and Metro Boomin had been playing Ouija together. Beneath the deep 808’s, moodysynthesizers and cackling guitar, McIlwee’s singular voice effectively resonates with ageneration raised amidst the frenzied collage of modern digital expression.

McIlwee’s innate songwriting gift can be traced back to his time in Tigers Jaw, the widelyinfluential band he fronted before walking away in 2013 to fully embark onto new creativepathways. “I was super active on tumblr at the time and came across all of this early internetrap. It was inspiring.” He sought more fervently the immediacy of writing, recording andreleasing songs instantly, releasing music from his bedroom with no consideration for theindustry's standard protocol.

As he continued to evolve in his new artistic endeavors he ultimately linked up with likemindedcreatives by way of Twitter DMs. Together he and his newfound collaborators built a network ofcreators across the country and in 2015, Wicca Phase Springs Eternal co-foundedGothboiclique (GBC). Comprised of ten artists including Cold Hart, Horse Head, Lil Tracy, andeventually the late Lil Peep, the internet collective began creating a palpable buzz andaccordingly influencing a growing wave of artists and musicians.

With GBC’s growing notoriety, Wicca Phase Springs Eternal simultaneously established himselfas a singular voice, adeptly combining his natural songwriting instincts with the digital cultureenveloping his world. Through an extensive catalog of collaborations, singles, EPs and hisSecret Boy and Suffer On LPs, McIlwee has become a celebrated pioneer in this vital newdirection of underground music. 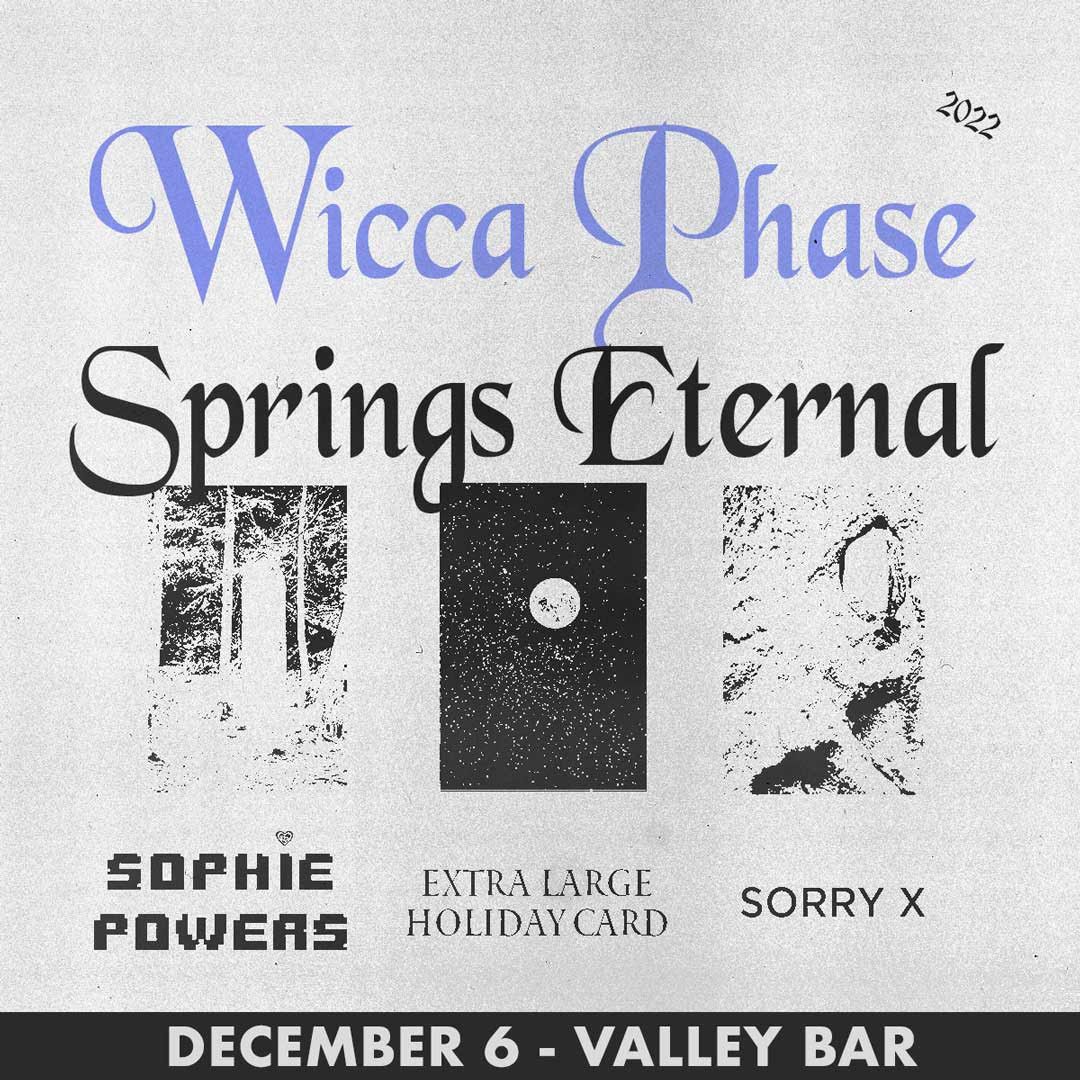