“The more I see, the less I know about it.” It’s one of the first, most prominent lyrics on Sidelines, the much-anticipated full-length album from indie trio Wild Rivers. The phrasing is brief but says everything about adjusting to young adulthood — and beyond. The world places infinite pressure on us to have a plan for the future, but, as Wild Rivers eloquently articulate throughout Sidelines, it’s healthier to acknowledge — and even embrace — the not knowing.

Comprising Khalid Yassein [guitar, vocals, keys], Devan Glover [vocals], and Andrew Oliver [lead guitar, synths], Toronto’s Wild Rivers have a gift for penning introspective lyrics and genre-fluid melodies that transmit wisdom beyond their years. The 10-track Sidelines, co-produced by Peter Katis (The National, Interpol, Sharon van Etten) and Wild Rivers and recorded in Connecticut, Los Angeles and Khalid and Devan’s college town of Kingston, Ontario, touches on coming-of-age themes, such as learning how to be more present and coming to terms with life’s unpredictability.

In many ways, the group’s own story is one about embracing the unknown. Born in Canada, Khalid, who is half-Egyptian, and Devan, who spent her childhood in London, England before returning to Canada, first connected at Queen’s University in Kingston in 2013. Starting out as an acoustic singer-songwriter project, Khalid and Devan expanded their aesthetic to a more full-bodied sound, adding multi-instrumentalist Andrew, who Khalid calls their “Swiss army knife.”

Together, right before their first show, the band decided on the name Wild Rivers “in a Subway restaurant,” laughs Andrew. “Our friends were going to be there and there was a lot of pressure on making a big reveal, just cause we had really left it to the last minute,” adds Devan. “There wasn't too much thought put into it. We just were like, ‘okay, this sounds cool. I'm going to get a foot-long’”.

A portrait of their early post-college years, Sidelines is where Wild Rivers poured their collective impressions about merging into their mid-20s — a strange, liminal age where it’s easy to romanticize childhood. Sidelines, according to Andrew, looks back longingly upon “the time when you are truly present and you're not having this forward-thinking vision where you're worried about the next thing.”

“A lot of [Sidelines] is about perspective and longing to be somewhere that you're not, or trying to figure out how to get to a place that you want to be, whether it's physically, emotionally,” says Devan. “I think we're all kind of struggling with our sense of identity, in the stage of life that we're in.”

Sonically, Wild Rivers pull from a spectrum of sounds, imbuing pop, rock, indie, and folk into each song’s blueprint. “We all listen to a wide range of music, from hip-hop to indie rock to pop,” Devan says. “We like to pull our favorite parts of every genre and patch them together and see what works and see what feels good.” 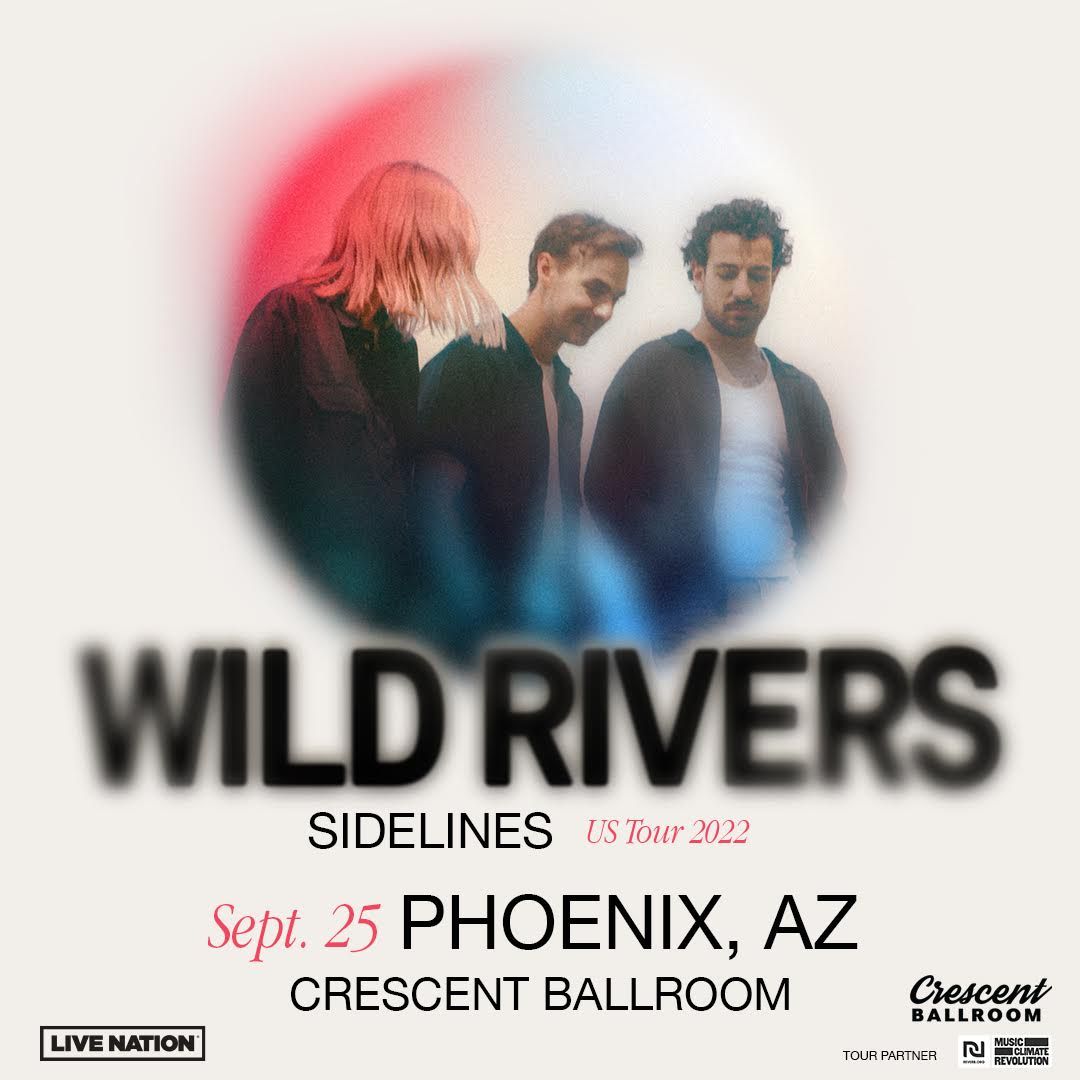