Winston “Flames” Jarrett , born in 1944 in Saint Ann, is a foundation roots reggae singer of the Jamaican recording fraternity known for his heavy roots recordings and intensely powerful performances. Alton Ellis recruited Winston Jarrett and Eggar Gordon to form Alton & the Flames in 1965. They were soon recording a series of classic rock steady anthems, and charted an extraordinary number of hits with songs like "Cry Tough", "Dance Crasher", "The Preacher", and "I Have Got a Date". After recording nearly forty tunes for Duke Reid, the group was lured away by Sir Coxsone (one of Bob Marley's first producers) who produced "I'm Still in Love" and other hits. In 1969, afere Alton decided to move to England, Winston reformed the group as the 'Righteous Flames'.

With harmony from Eggar Gordon, they recorded six songs for Prince Buster before moving back to Coxsone's Studio One where they cut classics like "Easy Up", "You Don't Know", and "Born To Be Loved". Winston continued to work with Coxsone throughout the seventies recording nearly fifty titles. In addition to dozens of solo recordings, Winston backed up vocalists like Ken Boothe and Marcia Griffiths. The late eighties and nineties saw a string of terrific Winston Jarrett record releases on U.S. labels: "Jonestown" from Nighthawk Records in 1989; "Solid Foundation" on Heartbeat; "Kingston Vibrations" in 1991 and "Too Many Boundaries" in 1995; “Crucial Times” was the final LP released by the Studio One label before Coxsone Dodd passed away; and “Bushwhackers and Gangbangers” in 2010. Winston is currently preparing the release of a brand new self-produced album from Culture Yard Records . As a fifty-year veteran of the Jamaican music business, Winston Jarrett is a living legend of foundation roots reggae. Available for booking festivals and venues internationally.

Fully Fullwood, founder and anchor of the crucial '70s reggae band the Soul Syndicate, brings the band to the SNWMF for their first U.S. performance in many years. Appearing with Fully on stage will be original members of the band, Tony Chin on rhythm guitar and Donovan Carless on lead vocals, as well as the great Santa Davis on drums, Jamaka Johnson on keyboards, Dwight Pinkney on lead guitar, Tenor Grant, Derrick Hinds and Arnold Brackenridge on horns. The Soul Syndicate rose to prominence in Kingston in the 1970s along with other groups such as the Wailers, The Upsetters, and Skin, Flesh & Bones. The group became Jamaica's most prolific hit maker during the golden era of reggae in the 70s. Various members of the band have included Max Edwards, Leroy "Horsemouth" Wallace, Earl "Chinna" Smith, Glen Adams, Leslie Butler, Keith Sterling, Cleon Douglas and Freddie McGregor. Performing under various names such as the The Agrovators when recording for producer Bunny Lee, Impact All Stars when recording for Randy’s, or The Observers when in session for Niney, the group has cut tracks for Bob Marley, Big Youth, Dennis Brown, U-Roy, Horace Andy, Cornel Campbell, Johnny Clarke and a host of other reggae headliners. During a U.S. tour in 1976 Warren Smith signed Soul Syndicate to Epiphany Records. At Harry J Studio they recorded "Harvest Uptown / Famine Downtown," one of the first Jamaican albums ever to be produced by an American. A coast-to-coast U.S. tour followed, garnering critical acclaim and many new fans. In a subsequent visit to Jamaica, Warren discovered roots singer Earl Zero (original author of Johnny Clarke's now famous "None Shall Escape the Judgment") and, with the Syndicate, released his dread "Visions of Love" album in 1979. Epiphany released Soul Syndicate's "Was, Is and Always" the following year. Largely a tribute to 1960s Jamaican standards, the cuts included personal favorites of the Syndicate as well as their own originally-penned harmonies of falsetto wickedness, a subtle salute to America's 1950s pop vocals.

In 1982 a solo album saw the light of day, this time from one of the Syndicate: drummer and vocalist Max Edwards. "Rockers Arena," the title cut from the album of the same name, proved a big hit in clubs and gained significant airplay.

Shortly thereafter came a first in Jamaican music: linking roots session players Santa, Family Man Barrett and Ras Augustus Pablo with former Turtles Mark "Flo" Volman and Howard "Eddie" Kaylan. Produced by Chinna Smith, the mix resulted in "Rock Steady with Flo & Eddie," a bubbling stew of true Jamaican oldies - Stewart's "Sitting In the Park" meets Stranger Cole and Gladdy's "Just Like A River." Soul Syndicates "Friends and Family" is a definitive collection of 17 reggae tracks by artists who have recorded on the Epiphany label since 1977. Freddie McGregor, Augustus Pablo and Tony Chin share their Syndicate-backed recording projects with us. Vintage tracks from Kansas City's own Blue Riddim Band spice up the mix. From the Syndicate In Action (SIA) to Happy Together, this compilation brings together two decades of work from some of reggae's greatest institutions, the Soul Syndicate and their musical friends. In 2016 Soul Syndicate was featured on a historic showcase at Reggae On The River featuring Randy Valentine, Marty Dread, Earl Zero & U-Roy. Soul Syndicate currently resides in Southern California and is seen from time to time performing at Los Angeles's own Dub Club along with festivals internationally.

Hopeton Brown better known as Scientist and sometimes known as Overton Brown, from Kingston, Jamaica was a protégé of King Tubby (Osbourne Ruddock), one of the originators of dub music. The Scientist burst onto the reggae scene in the mid ’70s with a reckless mixing style that seemed to outdo even King Tubby’s wildest extravaganzas. He began his career as an engineer at Studio One and soon after at Tubby’s in the late 70’s. Shortly afterwards, he gained a reputation with a distinctive mixing style.

He left King Tubby's studio in 1982 and became the principal engineer for Channel One Studio, giving him the chance to work on a 16-track mixing desk rather than the four tracks at Tubby's. He came to prominence in the early 1980s and produced many albums, his mixes featuring on many releases in the first part of the decade. In particular, he was the favourite engineer of Henry "Junjo" Lawes, for whom he mixed several albums featuring the Roots Radics, many based on tracks by Barrington Levy. He also did a lot of work for Linval Thompson and Jah Thomas. In 1983 he left Channel One to work at Tuff Gong studio.

He made a series of albums in the early to mid 1980s, released on Greensleeves Records with titles themed around Scientist's fictional achievements in fighting Space Invaders, Pac-Men, and Vampires, and winning the World Cup. The music on these albums was played by Roots Radics, his most frequent collaborators. Five of his songs from the album The Scientist Rids the World of the Evil Curse of the Vampires were used as the playlist songs on the K-Jah radio station in the 2001 video game Grand Theft Auto 3. In 2022 Scientist continues to tours internationally, collaborating with artists throughout his career, live on the stage. 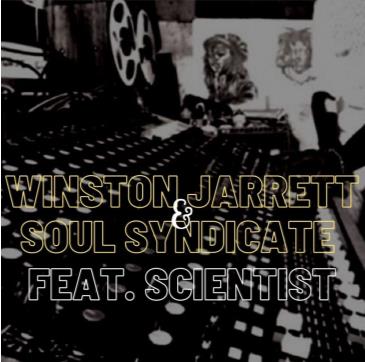