This show is general admission. Your ticket allows you to sit anywhere in the venue that is not reserved.

Wylder is an indie-folk quartet from the heart of Virginia. Drawing on a season of personal doubt and loss, Wylder’s long-awaited sophomore release, Golden Age Thinking is an expansive and dynamic collection of rhythmic, haunting, and lyrically-driven indie-folk that examines the powerful influence of nostalgia as a form of denial.

Jon Tyler Wiley is a seasoned touring/ session musician who has performed with a diverse range of acts such as Sister Hazel, Stephen Kellogg, and Ron Holloway. As a performing teaching instructor with the MusiCorps program, he has performed on stages such as The Grand Ole Opry, The Kennedy Center and PBS’s a Capital Fourth with artists like Paul Schaffer, Aloe Blacc, John Stamos, and Trace Atkins.  He has performed all over the world as a member of the Americana band Melodime and is a frequent collaborator of country songwriter Kevin MaC.

After Wiley wrote and recorded his debut solo album, performing all of the instruments himself, he assembled a band of his close friends to bring the music to life. The band the Virginia Choir is made up of a seasoned musicians who have performed with Keller Williams, Curtis Grimes, and The Dirty River Boys, as well as jazz ensembles and pit orchestras around the Northern Virginia area. The diverse band, made up of Eddie Dickerson (fiddle, guitar), Thomas Johnson (keyboards), and husband-and-wife rhythm section Brian ‘Piper’ Barbre (drums) and Joanna Smith (bass), is becoming known for energetic live performances and masterful musicianship. Their first single, “Laura Lee",” was released on March 19th of 2021. Their single, ‘Strong,’ became available on April 9th, with Skope Magazine calling to “Delightful", and a “poignant yet upbeat…feel-good single” The band's debut EP, will arrive in the spring of 2021. Wiley’s full length solo album, “The Longing” will debut in the summer of 2021. 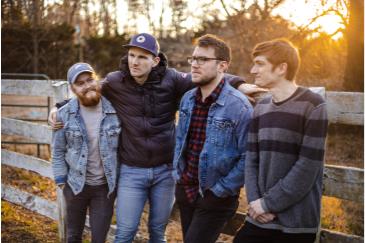