Xtra Ticket, Arizona’s longest running Grateful Dead tribute, was formed in the summer of 1994 and fronted by Evan Jones and Dave A’Bear of JGB & Steely Dead. Since then, Xtra Ticket has continued to celebrate the music of San Francisco’s legendary band, delighting audiences throughout the West with their energetic and spot-on song renditions and jams. Ticket successfully uses the same sonic template as the Dead complete with two drummers, keyboards, bass, and two guitarists specific to the Bob Weir and Jerry Garcia roles. The interplay proves an effective way to help recreate the magic of a live Grateful Dead performance. In 2011, A’Bear was tapped by Jerry Garcia’s longtime keyboardist Melvin Seals to be lead guitarist and vocalist of the Jerry Garcia Band (JGB Band). This musical outlet served to energize and stimulate an ongoing creativity in Xtra Ticket that goes to the heart of the Grateful Dead catalog. Celebrating their 25th anniversary in 2019, Xtra Ticket looks forward to truckin’ into the 21st century. If you love the Grateful Dead you won’t want to miss a Ticket show 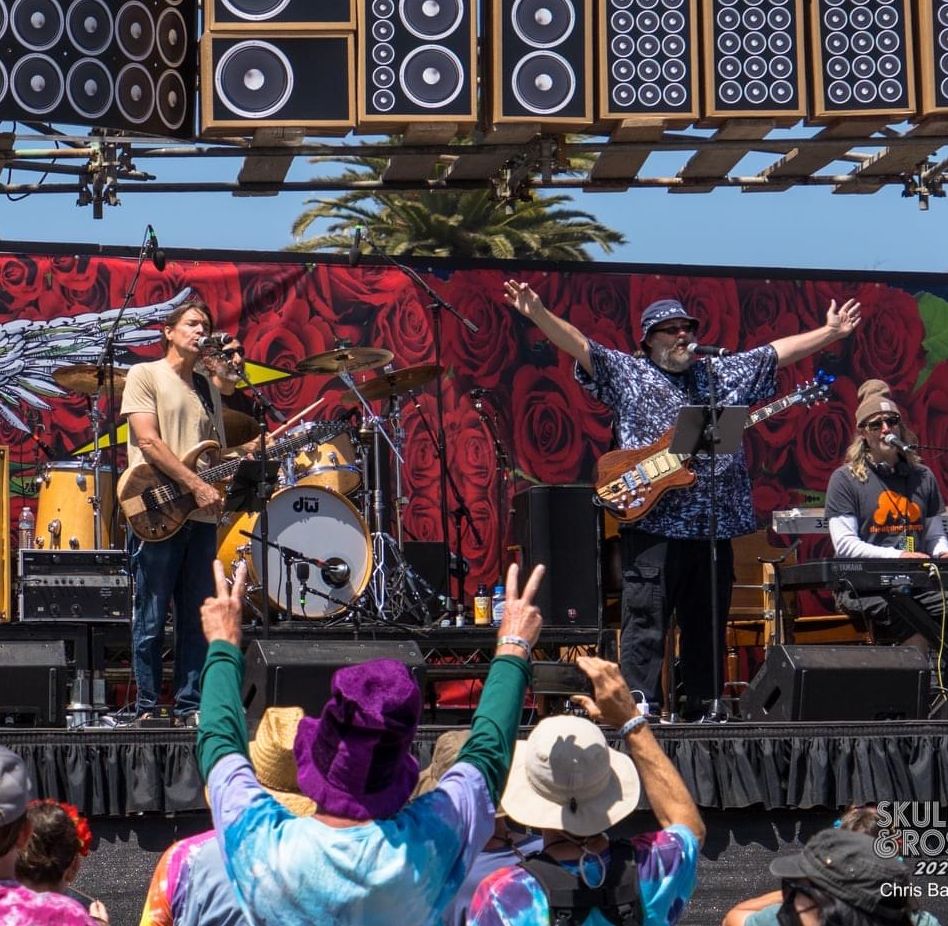