Pioneers.Innovators. These are but a few of the monikers that Yonder Mountain StringBand has worn since their inception. From the first Yonder shows in the fall of1998 to their drive-in tour of 2020, this touring force has brought theiradventurous musical spirit to countless venues for nearly a quartercentury.

Yonder Mountain’s early success wasfueled by their desire to make a sound distinctly their own, whether performedon crowded stages or selling out the hallowed Red Rocks Amphitheater. Theirtraditional take on bluegrass sound was fused with their diverse musicalinfluences ranging anywhere from punk rock to the Grateful Dead.

The combination of the band’s uniquepersonalities, extended musical improvisations, their jam band fan culture andtheir collaborative effort on writing and arranging original songs which spanmultiple genres—attracted more of a freewheeling jam crowd than the traditionalbluegrass scene which, in turn, exposed a whole new generation of fans toBluegrass.

Noband that has stood the test of time is without transformation and YonderMountain has had their fair share of change. In 2014, Yonder Mountain andJeff Austin announced they were parting ways. Austin went on to tour fulltime with his side project, The Jeff Austin Band, with a rotating lineup ofmusicians playing with him until his unexpected death in 2019.

Foundingmembers Adam Aijala on guitar, Ben Kaufmann on bass, Dave Johnston on banjo,alongside the 2015 addition of Allie Kral on fiddle, and newcomer,multi-instrumentalist Nick Piccininni handling duties on mandolin, secondfiddle, and anything stringed.

With their instrumental prowess and adventurousmusical spirit, Yonder Mountain String Band were — and still are — a pioneeringgroup in the emerging progressive bluegrass scene that now includes marqueeacts like Billy Strings, Railroad Earth,  GreenskyBluegrass and the Infamous Stringdusters. - Rollinig Stone

Thispast April, the band recorded their ninth studio album, scheduled to bereleased in late 2021.  The band will road test the new material thissummer and fall.

Quickly blazing a name for themselves with their progressive approach to American folk music, Fireside Collective delights listeners with memorable melodies and contemporary songwriting. Formed in the mountain city of Asheville North Carolina, the band plays original songs on stringed instruments, intended for a modern audience. Following the release of their debut album “Shadows and Dreams”, the band hit the road seeking to engage audiences with their energetic live show built on instrumental proficiency, colorful harmonies, and innovative musical arrangements.

Well what do you call it?

“Bluegrass, Newgrass, perhaps Progressive folk…” These are some descriptions mandolinist and songwriter Jesse Iaquinto chooses to identify with. “Depending on where you come from and your experience with folk music, you may think we’re very traditional, or on the other hand, consider us a progressive act. We appreciate both ends of the spectrum and may lie on a different end on any given night.” While roots music lies at the core of the Collective’s songs, a willingness to explore the boundaries and present relevant new material remains fundamental.

The band burst onto the scene in early 2014 following the release of “Shadows and Dreams.” The album weaves bluegrass, funk, rock, and blues influences into a refreshing representation of modern folk music. From the opening track “Poor Soul” with it’s energetic bluegrass overtones to the closer “Shine the Way Home”, the album takes listeners on a journey through simple love songs to complex themes such as metaphysics and coexistence. The album, recorded in Asheville at Sound Temple Studios, features guest musicians from Asheville’s rich acoustic music scene alongside members of the Fireside Collective. 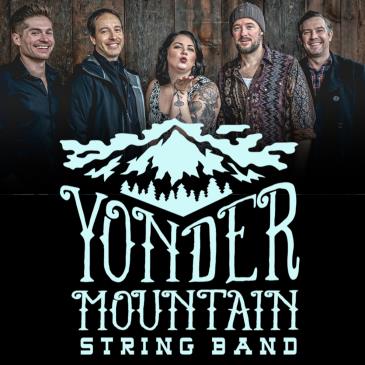