“There’s certainly a nostalgic mood in Yea-Ming’s vocals, shimmering with just a hint of smokiness that might fit in alongside the Crystals or the Ronettes. But, the musical style is more modern, pulling form a realm where psychedelia and dream pop mix in the musical pool.” - Austin Town Hall

Hectorine is an Oakland singer and songwriter who’s real name is Sarah Gagnon. Hectorine released their first album two years ago and are now following that up with Tears, which came out on local label Paisley Shirt Records. Gagnon recorded the album with a full band, fleshed out with both saxophone and violin which makes it a lush affair imbued with the spirit of Fleetwood Mac and The Carpenters. Hectorine’s take on “Song to the Siren” by Tim Buckley definitely brings Weyes Blood to mind, but Gagnon’s artistic vision is also unique and built on solid songwriting.” - RecordTurnover.com

Partially cloaked under the wonderful hiss of a 4-track cassette recording lies the lo-fi power pop of Tony Jay’s 'A Wave In The Dark.'  Channeling a bedroom pop sentiment meets snarling 60s girl group melodies (it’s more Joey Ramone than Mary Weiss), the songs are catchy and delivered in a playful, yet cynical, tone. The lyrics are set in the world of horror films, video games, and the life of the “Tony Jay” persona: shoulder-length black frizzy hair, pale white face, with a black streak across the eyes, a leather jacket, and white Nikes. Not so much glam punk, not so much New Romantic - but some distant relative where street kids listened to pop punk bands and roamed empty cityscapes. 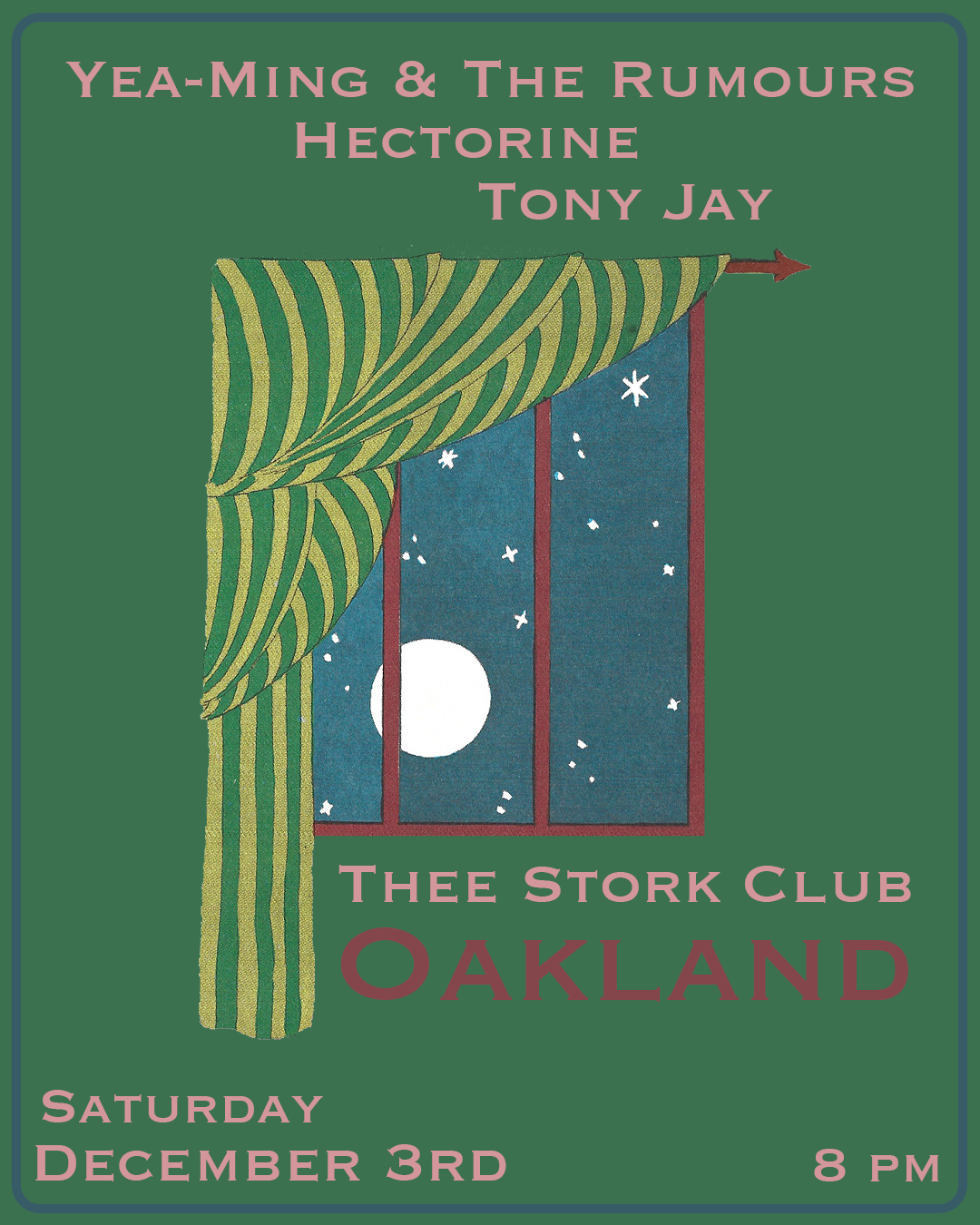