International alt-pop band Yumi Zouma has announced the release of their eagerly awaited new album. Present Tense arrives via Polyvinyl on Friday, March 18; pre-orders are available now. The New Zealand-born band’s fourth studio album is preceded by the rousing new single, “In The Eyes Of Our Love,” available today at all DSPs and streaming services. The track arrives alongside the first in a mesmerizing trilogy of official music videos directed by filmmaker Alex Ross Perry (Soccer Mommy, Vivian Girls, Sleigh Bells), is streaming now via YouTube.

Dedicated to an embattled past, Present Tense is Yumi Zouma’s offering to a tenuous future. The album follows 2020’s acclaimed Truth or Consequences, released via Polyvinyl on the very same day that the World Health Organization declared COVID-19 a pandemic. The band had only just embarked on the first – sold-out – North American tour when the world shut down and the four members of Yumi Zouma went their separate ways and returned to their respective homes in Wellington, Christchurch, London, and New York. “It was disorientating,” says co-founder/multi-instrumentalist Charlie Ryder. “We generally work at a quick clip and average about a record a year, but with no foreseeable plans, we lost our momentum.” In response, Yumi Zouma set to work, declaring a September 1, 2021 deadline for the album needed to be finished, regardless of world events. What began in fits and starts became a committed practice again as the band worked on new material, digging through demos from as early as 2018 and making them relevant to the peculiar moment in time. “Someone brings in a seed,” says co-founder/multi-instrumentalist Josh Burgess, “and through collaboration, it grows into a song that is vastly different from its original form.” “The lyrics on these songs feel like premonitions, in some regards,” says lead singer/keyboardist Christie Simpson. “So much has changed for us, both personally and as a band, that things I wrote because the words sounded good together now speak to me in ways I didn’t anticipate.” Present Tense evolved via remote and in-person sessions in Wellington, Florence, New York, Los Angeles, and London, its sound developed and broadened by pedal steel, pianos, saxophones, woodwinds, and strings played by friends around the globe. The complex scope of the recordings were then fine-tuned by an array of top mixers, including Ash Workman (Christine & The Queens, Metronomy), Kenny Gilmore (Weyes Blood, Julia Holter), and Jake Aron (Grizzly Bear, Chairlift), with mastering by Antoine Chabert (Daft Punk, Charlotte Gainsbourg). “This is our fourth album, so we wanted to pivot slightly, create more extreme versions of songs,” Ryder says. “Working with other artists helped with that and took us far outside of our normal comfort zone.” Yumi Zouma first revealed Present Tense with last fall’s debut of “Give It Hell.” Inspired by the band’s experience at the start of the pandemic, the track was met by critical applause around the world, with NME praising it as “luminous…a cruisy, lighthearted synth-pop number driven by bright, ‘80s pop-channeling keyboards, and a vocal performance that is restrained, but emotive and evocative.” “Mona Lisa“ arrived before year’s end, joined by a self-directed official music video filmed in Lyttleton, New Zealand – a stone’s throw south of the band’s hometown of Christchurch. “Mirroring the nostalgic, cinematic pop of ‘Give It Hell’, the band’s latest is as textured as it melodic,” wrote NME, “its final, soaring refrain culminating with a freewheeling saxophone solo.” “The second instalment of a triumphant return,” declared HAPPY. “‘Mona Lisa’ is alive with pop textures and effortless melodic sophistication… expertly distilled into a pop song that you won’t forget anytime soon.” 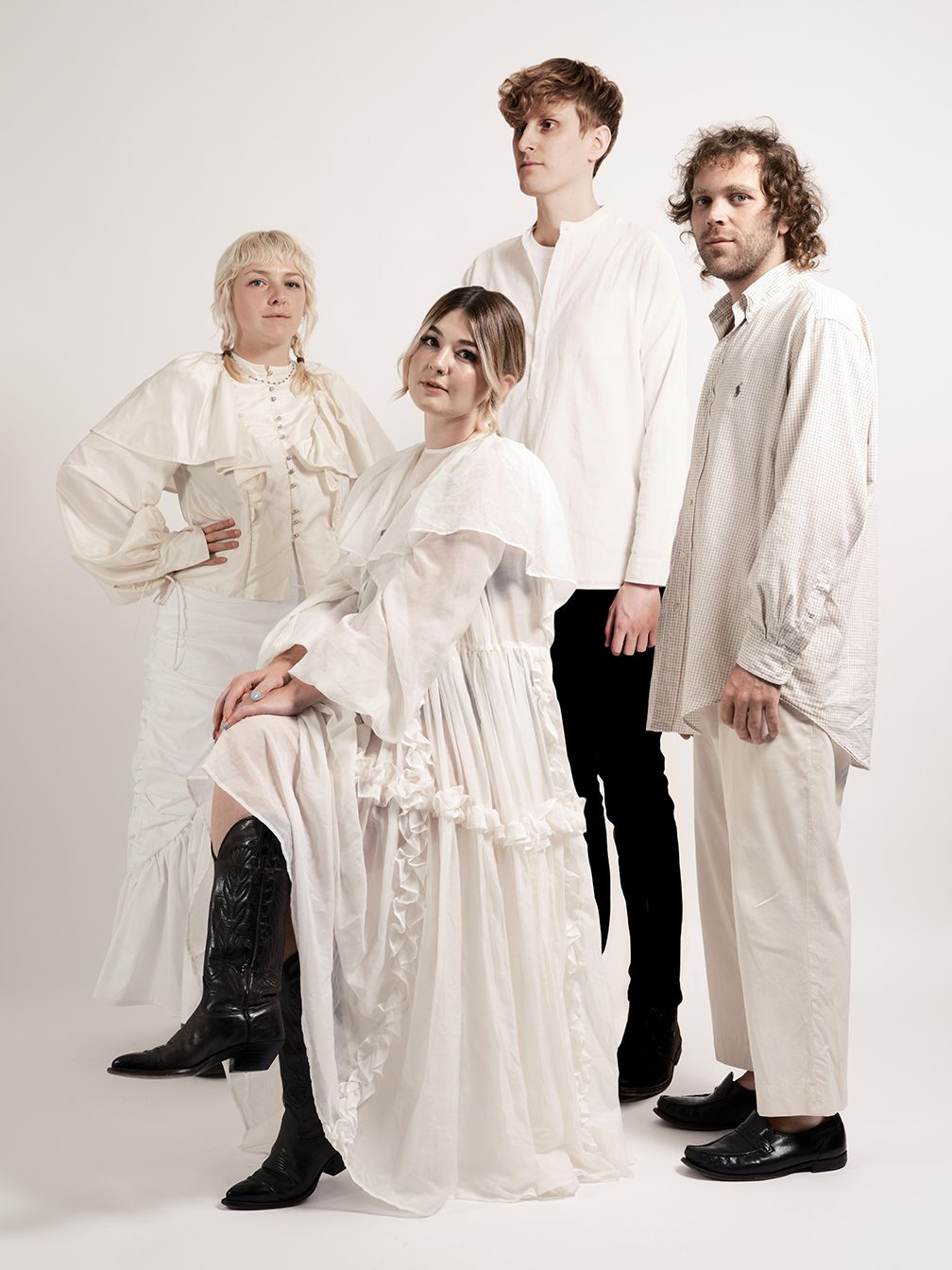