Even by their own admission, it’s been an unexpected journey for Zeal & Ardor.
In 2013, American-Swiss musician Manuel Gagneux asked users of 4chan for suggestions of disparate genres he should try splicing together. One response was to mix black metal with old American slave songs. Intended only as an one-off recording, the project grew legs, first with a full-length debut album, Devil Is Fine – which streamed in the millions - then a spot at The Netherlands’ prestigious Roadburn festival in 2017.

In 2018, the band released their second album Stranger Fruit, an even more fearless work that took their name far beyond the world of metal. The Guardian newspaper called it "extraordinary and brilliant", while Metal Hammer applauded its "sheer musical brilliance," and Rock Sound declared it, "one of the most uniquely daring and wholly affecting albums of 2018." By Christmas 2018, the UK's largest free newspaper Metro declared 'Stranger Fruit' their #2 Album of the Year in a cross-genre
list, declaring "in this jaw-dropping meld of black American folk music and black metal, the Swiss artist Manuel Gagneux has hit upon something genuinely original."

This was followed in March 2020 by the release of the double-live album Live In London, caught at a blistering show in December 2018. Then, in October 2020, amidst a provocative and stimulating 18- month profound period of reflection - that led to the writing of the forthcoming self-titled album - the band quietly shared the striking, standalone 6-track EP, 'Wake Of A Nation'. Their intense third
album, crystallising everything the band are, will be released in February 2022.

Today, Zeal & Ardor are an avant-garde metal force, hugely respected for their artistic fearlessness and off-the-wall creativity in a scene so often unwilling to break its own chains. It’s something reflected in the huge range of audiences the band have performed to, playing at everything from the Montreux Jazz Festival, to Download, Lowlands, Wacken, Reading & Leeds, The Great Escape, & Primavera Sound, with Hellfest, Graspop, & ArcTanGent to come in 2022. On top of this, the band are hitting the road in the US with Opeth and Mastodon, and in Europe with tech-metal legends Meshuggah, including a show at London’s prestigious Royal Albert Hall.
“It's insane,” Manuel laughs. “I try not to think about things like opening for these huge acts and playing big festivals, I just kind of get through it. I kind of believe it was that that naiveté that brought us here, because this started as a really playful, kind of dumb, ‘let's just try it’ thing. And I think that's a huge part of the charm of it all. It wasn't a planned, calculated effort. We have to just
revel in the weirdness of it all.”

To speak to Sylvaine, the one woman multi-instrumentalist, bandleader, and composer born Kathrine Shepard, is to speak to some spirit that exists beyond the veil of convention and stereotypes. This is not a woman playing to the vogue dark melodic folklorist trope that has become so prevalent in the metal scene but rather, this is a woman who is a serious and classically trained composer and arranger whose songs, that originate on unplugged electric guitars in lavender and black bedrooms, end up exploding against the unlimited conventions of what modern music can accomplish. For some time, Kathrine Shepard has been seen as the petite pixie of the Norwegian black gaze scene but her small eleven features and lightheartedness belie the woman warrior behind Nova, her complex and personal fourth release. Following her 2018 Atoms Aligned Coming Undone release, Sylvaine (a play on the name of one of her beloved French poets, Paul Verlaine) gives us Nova, an album that is both a musical and personal reawakening of a singer/composer finding her way in this world. The Lord of the Rings type choir arrangement heralds in the opening of her latest release as we the entranced listeners follow her to the realm of Lothlorien. The creation of this ambitious release began in2019, before the world changed before all of our eyes. Experiencing a personal loss in a time the world was suffering a collective loss, Sylvaine composed on her guitar and wrote in her notebooks, eventually leading her into the small rooms of Drudenhaus in early 2021. Sequestered away in the countryside ofFrance, the Norwegian native and her musical cohorts would all contract Covid. Asthmatic since birth, our heroine isolated herself in a small room to score out the different soprano and alto melodies of an actual choir to make her vision for the opening track “Nova,” come to life. Sung in an imagined language, the syllables of NO-VA continued to emerge, suggesting to the singer something linguistically symbolic and important. “I’ve been wanting to write a choir piece since my Wistful; days,” she says, “Just a purely vocal piece. I love harmonies and the most personal instrument you have is your self, your voice. I wanted to really show who I am this around."

IMPERIAL TRIUMPHANT
Born in Metropolis: Imperial Triumphant embodies thesounds of New York. As are our diverse musical influences, we hear thechaos, the menagerie, the perils, and majesty of the apex of civilization. Ourmusic reflects high societal luxury juxtaposed against the absolute filth &urban decay that makes up Gotham City. Like the corpse of a giant; What wasonce so bright, grand and spectacular, is now filled with greedy maggotswrithing towards their share of 'success'. We don't support it nor are weagainst. We only play the sounds of New York City as we hear them.

Imperial Triumphant have released four full length LPs and two EPs since2012. The band has been touring around the world in support of theirmusic and gathering fans. Their last album ALPHAVILLE landed them on thecover of Decibel Magazine as well as numerous top ten lists for album of theyear. The band is currently working on their next album to be released on CenturyMedia Records. 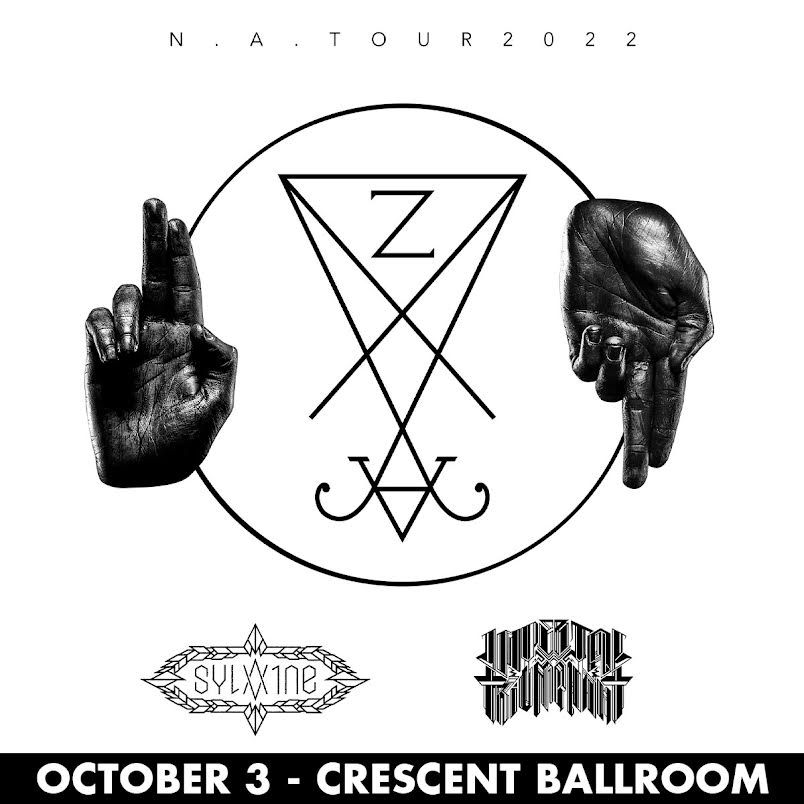