Zero is the foundation stone of jazz-rock fusion psychedelic jam bands, using improvisation to explore new possibilities in music. After more than a decade as a purely instrumental ensemble, they partnered with the Grateful Dead’s lyricist Robert Hunter and developed a vocal side as well. Steve Kimock, Greg Anton, Pete Sears, Spencer Burrows & Hadi Al-Saadoon are touring in support of their latest album ’Naught Again’, a super-high-fidelity recording of previously unreleased tracks from an epic three-night-run at the Great American Music Hall in 1992. They’re the real deal.

Zero was founded by Steve Kimock and Greg Anton in the early 1980’s in Marin County, California. Over the years they’ve been joined by a host of musicians from the psychedelic caravan who share a common spirit. Their music is a unique mixture of free-flowing jazz, blues, and rock improvisation....the lyrics to their original vocal songs are written by Robert Hunter.

A Zero show is a musical journey that spans the spectrum from delicate ballads to blow-the-roof-off rock & roll. After nine albums and over 1300 shows, the band has become a San Francisco musical institution. 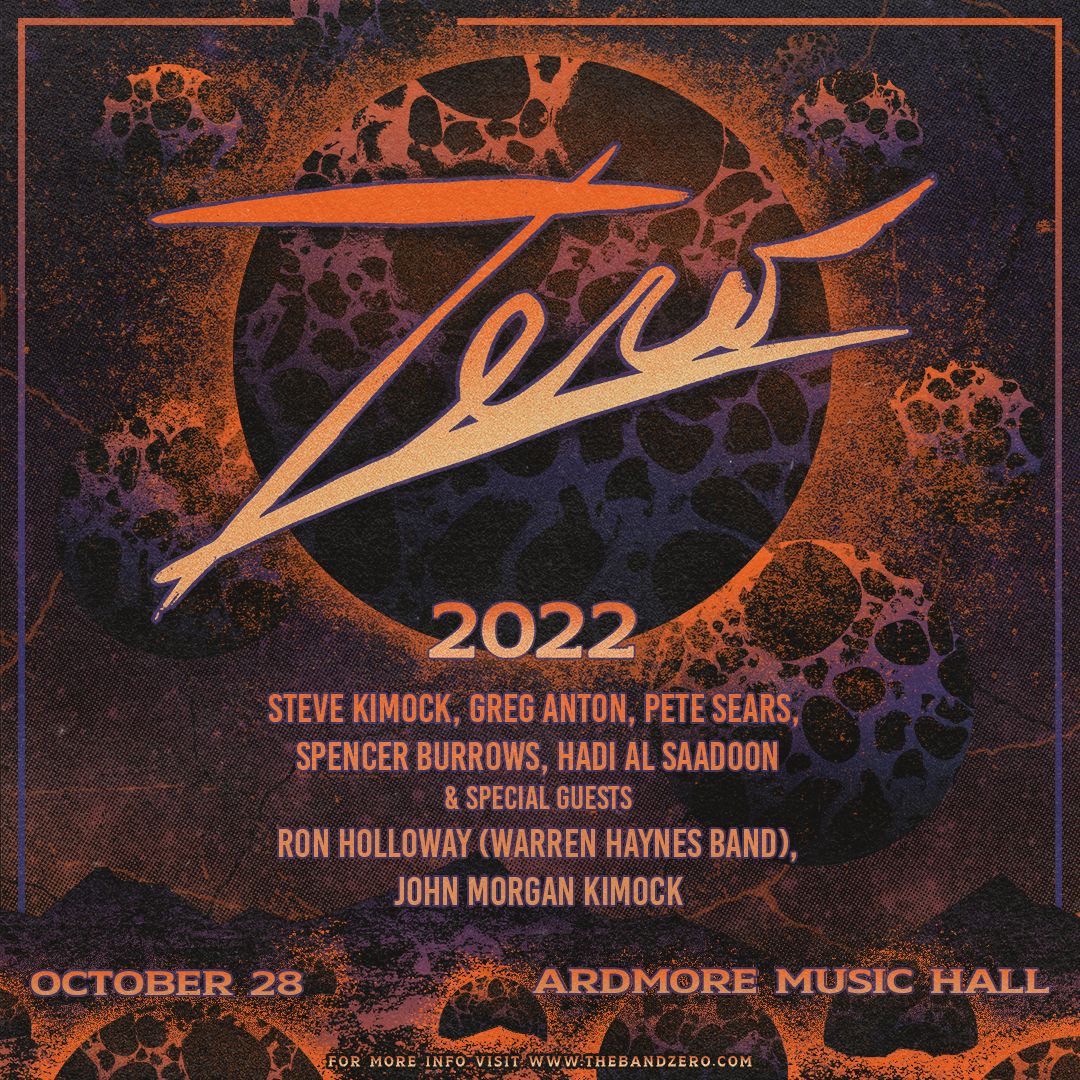