flipturn makes indie music for endless summers, sun-streaked days, and introspective nights. It's a cinematic sound rooted not only in the Florida towns where the musicians first banded together as teenagers, but also in the anthemic live show that's taken flipturn from coast to coast. In the time since their formation, flipturn has mushroomed to reaches far beyond the walls of the Fernandina Beach garage they first practiced in. Built up by Dillon Basse (lead vocals/rhythm guitar), Tristan Duncan (lead guitar), Madeline Jarman (bass), Mitch Fountain (synth), and Devon VonBalson (drums), the band has long prepared for the release of their debut album Shadowglow; a snapshot of a band caught halfway between youthful optimism and adult precision, with songs that target the head as well as the heart.

With over 75 million streams on Spotify alone, countless sold-out headline shows across the US, and tours with Mt. Joy, Rainbow Kitten Surprise and Wilderado, the band has more than proven their place in the indie scene. This year has seen flipturn join the prestigious lineups of Bonnaroo, Lollapalooza, Shaky Knees, Hangout, SunFest, and Levitate. flipturn recently signed with Dualtone Records to further amplify the release of their debut project, joining their legendary roster of the likes of The Lumineers, Chuck Berry and Shakey Graves. 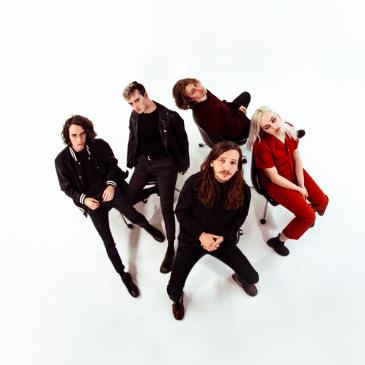