In 1999, the band entered the studio at Indigo Ranch in Malibu, California with producer Ross Robinson (At the Drive-In, Korn, Limp Bizkit, Slipknot, among others) to record their first full-length album titled Everything You Ever Wanted to Know About Silence, which saw release in 2000 through Roadrunner Records. On being signed: "Ross showed up at a practice," Beck recounts. "We start a song; 5-4-3-2-1. Ross stands up, waving his hands and he's like, 'It's over, it's done. I want to do this, you've got a deal!' The line-up on this record was Palumbo, Beck, Todd Weinstock, Manuel Carrero & Sammy Siegler (who left the band prior to the subsequent tour). Robinson has said of it: "Our goal at the time of that record was to destroy Adidas rock", a self-deprecating reference to the Adidas-sponsored bands (Korn, Limp Bizkit) Robinson had produced and championed as part of the nu-metal movement. The music was aggressive and unrelenting, but also included spacious songs like "When One Eight Becomes Two Zeros", "Her Middle Name is Boom", "Piano" and the epic "Everything You Ever Wanted to Know About Silence", the latter of which deals with Palumbo's problems with Crohn's disease. The music, accompanied with Palumbo's lyrics—which were often bitter and resentful towards particular characters he was discussing—and his singing style in itself—powerful and aggressive guttural screaming along with a melodic touch—created a unique dynamic. Although Everything You Ever Wanted to Know About Silence is often cited as a milestone post-hardcore album, it saw little push from Roadrunner, causing the band to garner an ill-will towards the label. Matters were somewhat worsened when Palumbo started to have bouts with his Crohn's disease on tour, as his aggressive performance style sometimes triggers a relapse, which has the potential to be fatal. It is alleged that Roadrunner would not allow Palumbo to leave the tour to rest.

Larry Gorman of Orange 9mm officially took over drumming duties part-way through touring, which saw dates with Deftones and a six-week European tour with Soulfly. The line-up continued to rotate following the conclusion of the tour when Manuel Carrero was kicked out by Roadrunner for being the only member to have date conflicts with touring.

In 2001, the band entered the studio in secret with Ross Robinson and began recording their follow-up album Worship and Tribute, which would see release the following year. The album was engineered and mixed by Mike Fraser. They left Roadrunner, finding them problematic, and shipped the album to other labels and ended up signing a deal with Warner Bros. Records. The line-up on this record was Palumbo, Beck (who also provided bass duties), Weinstock, and Shannon Larkin of Amen and later Godsmack, who provided drumming duties due to recording time constraints, as he had worked well with producer Ross Robinson in the past, although Larry Gorman was composing parts and officially the drummer of the band. Ross Robinson does not use a 'click track' (automated metronome) when recording drummers, as he believes "it takes away from the true essence of the music". This album showcased a more melodic and mature Glassjaw, as they started to further incorporate jazz and ambient influences, particularly in tracks like "Ape Dos Mil", "Must've Run All Day", "The Gillette Cavalcade of Sports", and "Convectuoso" (which did not appear on the official release due to a publishing dispute with Roadrunner). Palumbo said of it: "It's a mélange of influences, a collage is what this band is all about. This record pays tribute to everything from Bad Brains to Anthrax to The Cure to Squeeze and so much more." Lyrically, the more confrontational elements heard on 'Everything...' were reined in, with Palumbo taking a more cerebral approach.

Dave Allen joined the group as bassist following the recording of the album. The band then toured extensively throughout 2002-2003, playing all over the world, including festival tours such as Warped Tour, Ozzfest and Snocore. In October 2002, dates in Germany and the UK were cancelled when Palumbo was hospitalized in Paris after suffering a relapse of the Crohn's; he underwent intestinal surgery. The dates were rescheduled to December, but he suffered another relapse. On their return in April 2003 he was hospitalized again in Glasgow, Scotland, which led to cancellations including the Kerrang! Weekender and a date at the London Astoria. 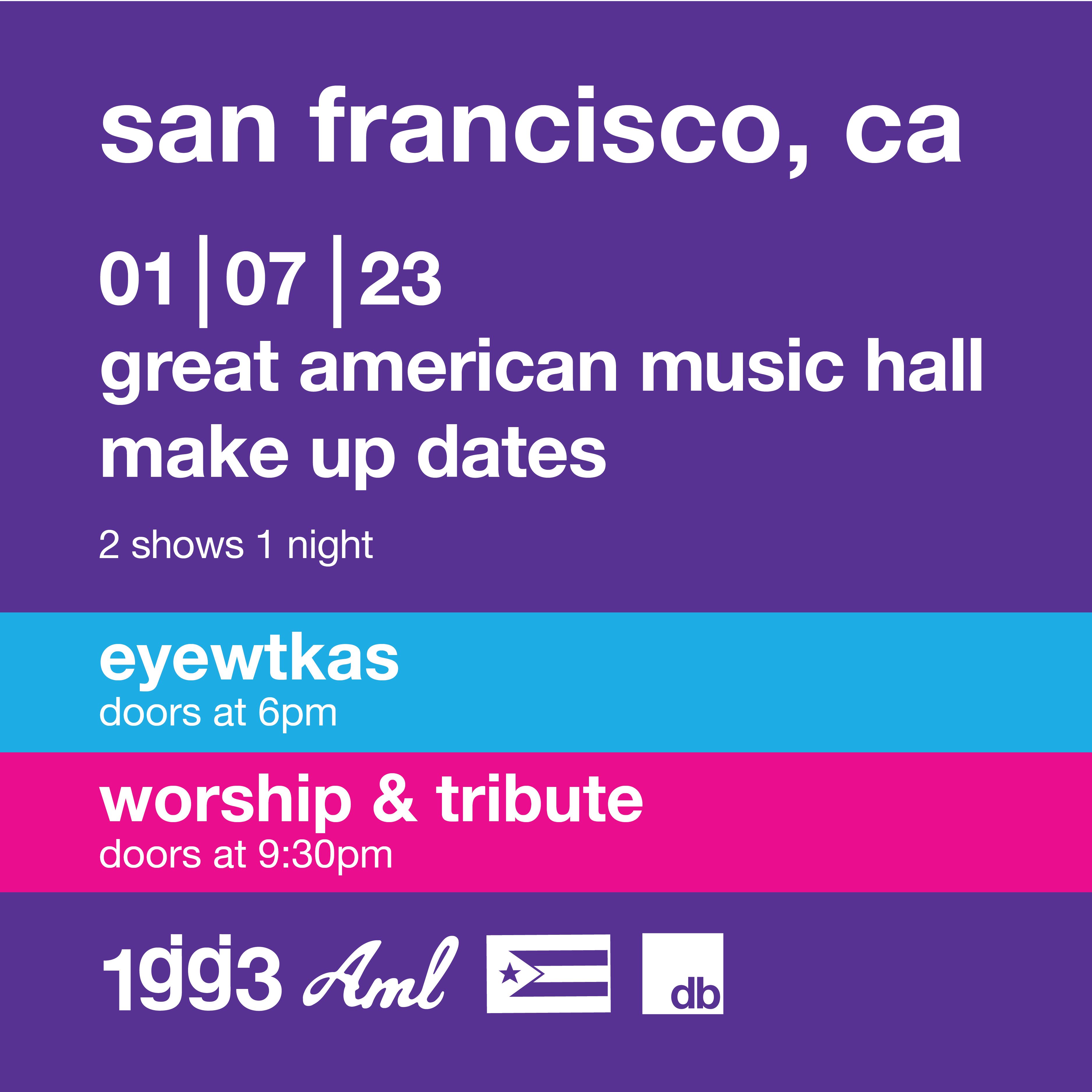