HE$H live at the historic Orpheum Theater in downtown Flagstaff with BOMMER & ZIA!

Joey Verrando, better known as HE$H, is a 21 year old dubstep producer from Dallas, TX. Notorious for his unique sound design coupled with dirty south hip-hop influence, he has garnered support from dubstep heavyweights including Excision, Subtronics and 12th Planet, just to name a few.

At the age of 18, HE$H supported Excision for his North America Apex Tour, playing to thousands each night and shortly after headlined his own 30 date run with support from Al Ross and Bommer.

In 2019, HE$H co-founded his record label with Bommer: Fuckshit Records. His tracks "Hit A Lick", & "Pull Up” have become crowd favorites and festival anthems. He has dropped official remixes for Bear Grillz, Gentlemen’s Club, Excision and beyond. HE$H’s bass heavy 'BURNERMIX' series on Soundcloud has well over a million plays.

He has graced the stage at notable festivals like Lost Lands, Spring Awakening, Bass Canyon, Lights All Night, Ever After Festival and more.

HE$H sped into 2020 as direct support on Subtronics’ 60+ stop Cyclops Invasion tour before spending the rest of the year in the studio. Now, he’s back on the road with the The World Is Yours tour, supported by Bommer and ZIA. 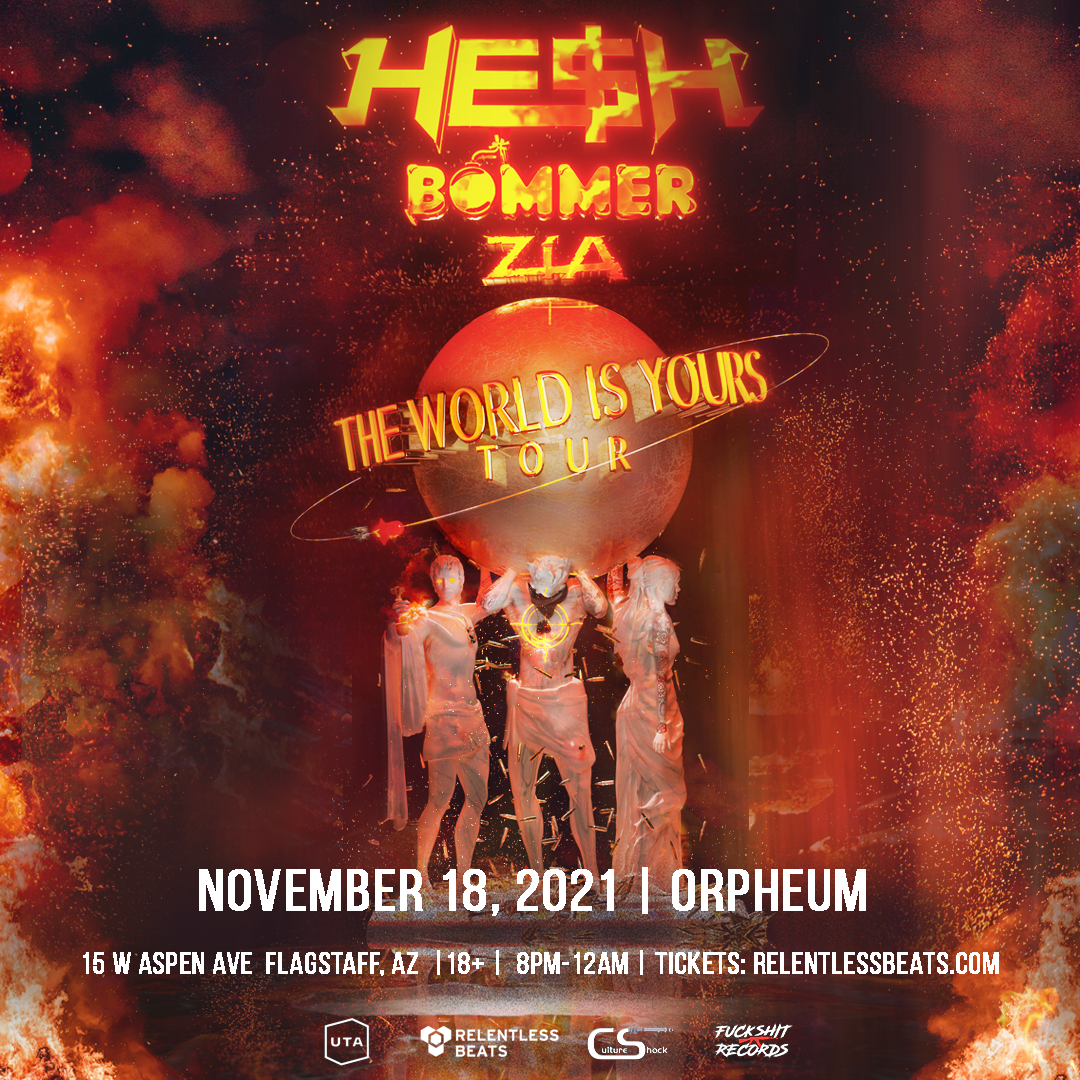