*THIS SHOW DOES NOT HAVE COVID REQUIREMENT FOR ENTRY*

ILLUMINATI HOTTIES
After years of uncertainty including label disputes, unpaid royalties and a surprise (and successful) album drop,And she is ready to make some noise.  Her new album Let Me Do One Moreis three years in the making and Tudzin’s most defiant and accomplished record to date. Let Me Do One More is out now via Snack Shack Tracks (in partnership with Hopeless Records.)

After the success of her debut album, Kiss Yr Frenemies, and coining the term “tenderpunk,” illuminati hotties were on their way to recording and releasing a highly-anticipated sophomore album. However, things at the label started to fall apart, and illuminati hotties found themselves stuck in a contract with a label who didn’t have the infrastructure to put out the album the band had been crafting for months. “It felt like any momentum came to a screeching halt. It felt painful to pick up a guitar, to write, to record any loose ends that needed to happen to wrap up the album,” Sarah recalls.

Enumclaw is a rock band based in Tacoma, WA composed of brothers Aramis and Eli and friends Nathan and Ladaniel. The four met playing shows in the Seattle-Tacoma area and bonded over their mutual love for Drake, Nirvana, and 90’s R&B. Despite having never played guitar or have any singing experience, frontman Aramis has proclaimed that the band will be the biggest in the world. With critical acclaim from Pitchfork, Gorilla Vs Bear, Stereogum, KEXP, and others, Enumclaw is on their way. Their debut EP Jimbo Demo came out late April 2021 via Youth Riot Records.

Olivia Barton’s 90s-inspired folk-pop songs are stream-of-consciousness journal entries. With grit and radical self-compassion, she asks and answers questions in real time, taking you through “a diary of the healing process” (Sound of Boston). Olivia’s debut album I Could Have Smiled at You More is available everywhere, and her sophomore album This is a Good Sign is set to be released late summer 2022. 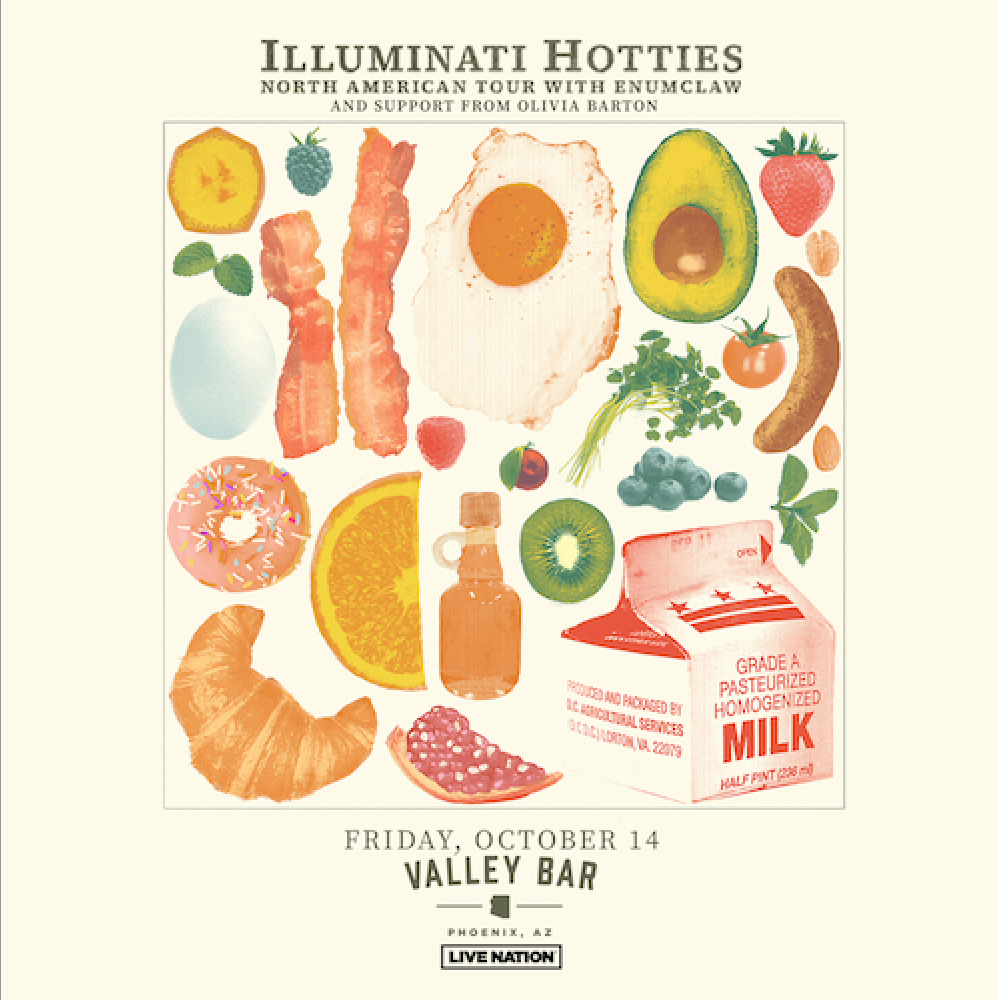