Courteeners critically acclaimed release ‘More. Again. Forever.’ became the band’s seventh album to reach the Official UK Album Chart Top 10 in February 2020. The band, who have been lifelong friends since childhood, formed over 15 years ago and have grown into one of the UK’s premiere guitar bands. In 2019 they sold out their own 50,000 capacity show at Heaton Park in Manchester and headlined a number of major festivals across the country. In September 2021 they once again headlined Manchester’s Emirates Old Trafford (having previously headlined the venue in 2017), performing to another sell out 50,000 capacity crowd (the show sold in 90 minutes), headlined TRNSMT festival and announced headline festival dates for 2022 at Neighbourhood Festival and Y Not Festival. They will be touring the US this fall. 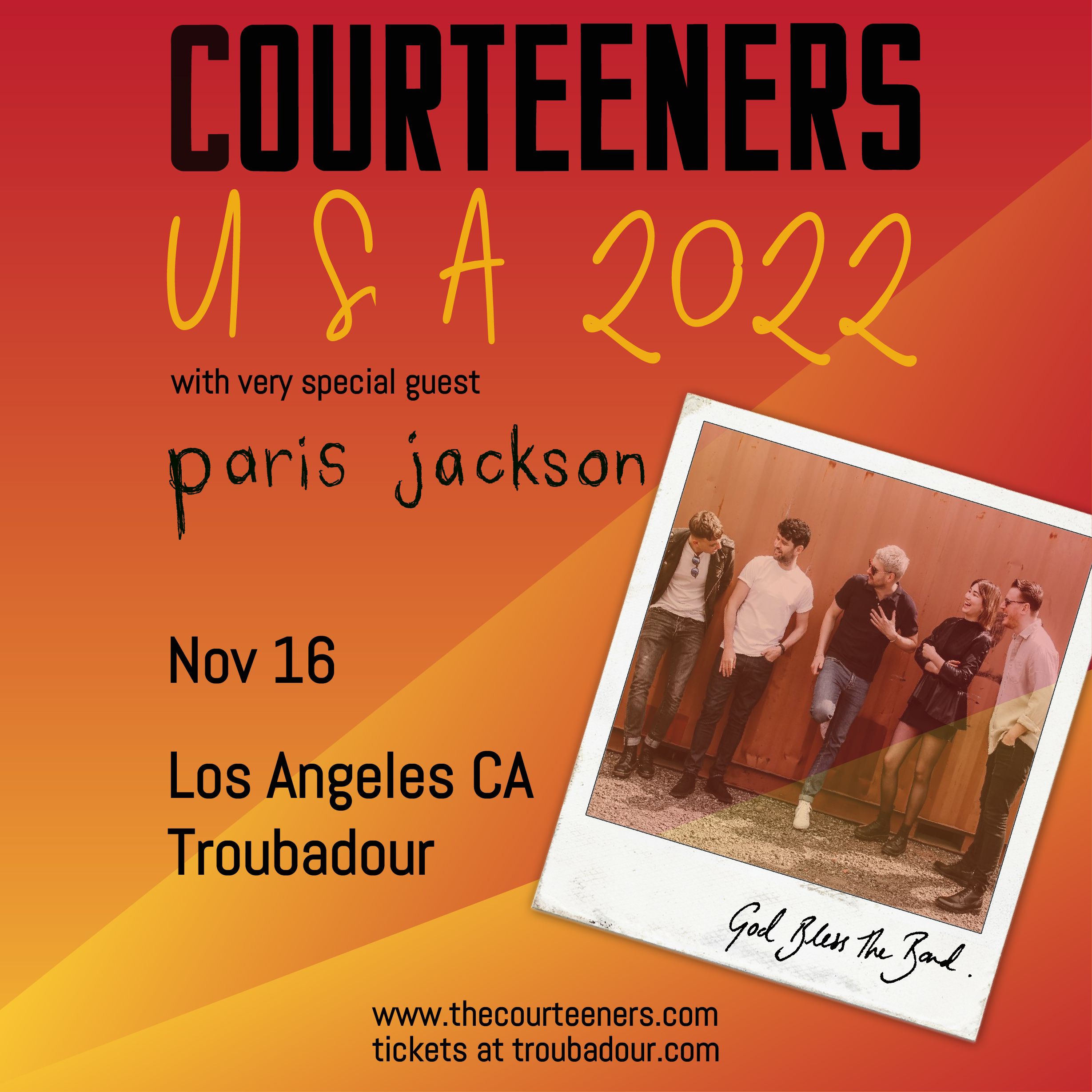