When we last left the arguably interesting adventures of Cheekface, they'd released the minor phenomenon "Emphatically No." The band's sophomore album bowed at #1 on Bandcamp's alternative and vinyl sales charts, became a college radio staple, and propelled the L.A. talk-singing trio into packed houses of Cheek Freaks across the US. So I guess now is a good time for Cheekface to return with their third LP, "Too Much to Ask."

You might say "Too Much to Ask" builds on the strengths of the first two Cheekface albums, but also refines and evolves their sound a little, and why would I argue with you? The band's songwriting battery of guitarist/singer Greg Katz and bassist Amanda Tannen show their lyrical trademark, a strangely inviting sad and sideways wit, right from the jump – "life hands you problems, make problem-ade," they announce in the almost-unglued 1-minute-25-second album opener "When Life Hands You Problems" – and then across the record's 11 tracks, the band proceeds to make hay out of many of life's mysteries.

There's the problematic popularity of quinoa (the what-if-Stephen-Malkmus-fronted-Television headnodder "Pledge Drive"), the boundless desires of American imperialists and the political complacency that enables them (the relentlessly hooky and bleak "You Always Want to Bomb the Middle East"), the physical toll of daily routine ("I would get so much done if I didn't have to sleep anymore, but then I would be tired," they observe on The Cars-via-Rosenstock "I Feel So Weird"), the questionable marketing of a certain quacky soap bottle doctor (beach-blanket strummer "Election Day," which features a guest verse from kindred spirit Sidney Gish), and the seemingly sabotaged pointlessness of it all – pick any track really, but I like "coffee from the bank / Fritos isn't free / I only want to be with other people like me" from "We Need a Bigger Dumpster," a singalong single that exposes Cheekface's most fundamental components as clear as a deep-sea fish: a simple drum beat, a nasty bassline, a neatly catchy guitar riff, a suprisingly memorable chorus, and a funny fatalistic wisdom that unites it all.

Cheekface – comprising Katz, Tannen, and drummer Mark "Echo" Edwards – often stick close to the blend of post-punk and power pop they first explored on 2019 debut "Therapy Island" and honed across 2021's "Emphatically No." But new to this album, the chatty indie rock outfit lets the music do the talking at times, like in the winding dance break of LCDesque "Featured Singer," the explosion of guitarmonies on "You Always Want to Bomb the Middle East," and the majestic Moog melody of album closer "Vegan Water." These excursions give more space to the band's best punchlines and lighten the weight of their darker thoughts. Meanwhile, pianos and Casio keyboards and cowbells poke their heads in here and there; there are some cut and paste samples sprinkled around; some flotsam and jetsam are used as percussion, like a staple gun, a stainless steel ashtray, an old vinyl suitcase and a clanky folding chair. They also fit their first ballad on this record, "Election Day," next to a screaming 57-second mantra about instant noodles.

But even as Cheekface evolves a little, the album stays focused on Katz and Tannen's lyrics about the confounding feeling of the unmoored present. "I think the last year or two has drawn a big circle around a lot of things we all already knew, but maybe didn't know we knew," Katz says. "The shock of isolation and the shock of togetherness, the call to activism and the pull of resignation, wanting the best for your friends but expecting the worst of yourself. The sneaking feeling that your life is mostly funny but a little sad a lot of the time – except for the times when it's mostly sad but still kinda funny." 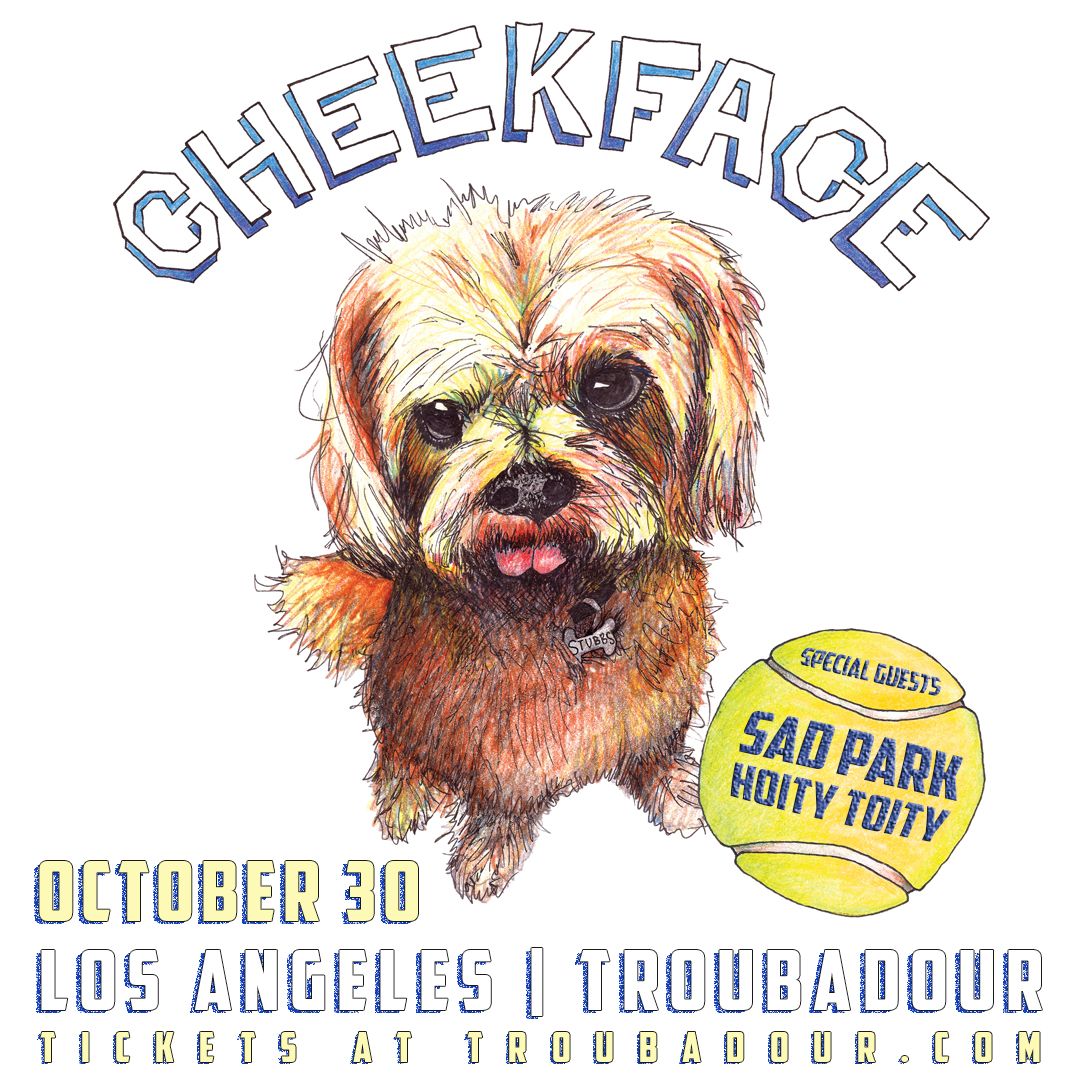