Los Angeles-based galactic dream pop artist POLARTROPICA, recently crowned LA
Weekly's Best Indie Pop Band, has created a genre of ethereal synth psychedelia that
you've never heard before - combining exquisite melodies, dreamlike classical string
arrangements, and shimmering vocals. Following up their first US Tour and residency at
the Bootleg Theater in Los Angeles, Polartropica released their first full-length LP
‘Dreams Come True’ to sparkling reviews. With their latest singles featured in NYLON,
NPR as well as landing acclaim from the likes of Billboard and LADYGUNN, among
others, Polartropica is an artist on the rise not to be missed.

Westerner | TIKTOK | SPOTIFY |YOUTUBE  Westerner is an indie rock band with neo-psychedelic and synth pop flavors. Funky beats and hypnotic melodies are applied to a showy style that can either be danced to or appreciated on a purely musical level. The trio blurs the lines of genre with a savvy pop sensibility. They've racked up spins on LA’s KCSN 88.5FM and Amazing Radio (Tobi Lynn, Jose Galvan) with rave reviews from BuzzBandsLA, Music Connection, and American Pancake. They currently work with world-famous mastering engineer Vlado Meller (Kanye West, Paul McCartney), and mixing engineer Jules de Gasperis (James Supercave, Low Hum). Recent shows include the
Bootleg Theater, the Satellite and a residency at Hollywood's Good Times at Davey Wayne's. They will be on tour this Summer in support of their new album, Kali Yuga Kama Sutra,
dropping August 19th.

Little Galaxies is a band formed in Venice Beach, California by Jeanna
Fournier and Amir Eshraghi. From glittering guitars to smooth tropical
grooves, their sound draws influence from psych-rock, dream pop, and
folk while experimenting with multi-dimensional textures to create a
sonic dreamscape of their own. Joined by Andreas Sandnes on bass
and Lucas Crouch on drums, their enigmatic live shows hypnotize
audiences as they explore the outer limits through interstellar tones,
off-the-wall theremin performances, and vocals drenched in echoes
that soar through the cosmos. Songs from their latest album 'One With
The Waking Sea' released by Coconut Spaceship Recs were featured by
top tastemakers including Nic Harcourt (KCSN's Fresh Squeezed Track
of the Day + Spark Radio), Jose Galvan (KCRW + Amazing Radio), Brett
Callwood (Music Connection's DIY Spotlight), Kevin Bronson (Buzz
Bands LA + KCSN), Marina Aguerre (KXLU + The Witching Hours), and
Byron Gonzalez (Latin Alt Radio).

Torii Wolf believes in music's power to transcend. And when people hear Wolf's arrestingly moving voice and wide-ranging musical style, they immediately drop into the emotion of the song and connect on levels that transcend genre, gender, time, and space.

In a 15-year career that has spanned a host of musical genres from singer-songwriter to hip-hop, Torii Wolf has never failed to create a sense of intimacy with their listeners. No matter the genre that's put on the music, it all begins with Wolf, their musical imagination, and a guitar.

"I call my voice a spirit trumpet," says Wolf, who is doing deep stuff with their music.

Wolf wants the music to be about breaking down preconceived notions, to be about redesigning humans. No pigeonholing, no labels. Tori seeks to make music that is the conduit to transcendence.

For Wolf, a New Yorker now based in LA, songwriting is a full-body experience. "I feel a song forming in my whole body; the urge to express is totally physical." Wolf's songs start from an emotional place. They drop into that emotional space, express it musically, and writes lyrics by finding words for feelings. Their live performance is an electrifying culmination of all that feeling and emotion.

"I like how music can be a bridge to the spiritual world," says Wolf. "I want to use my music to build a safe space for people to feel." To feel anything-to feel excited, or safe, or unsafe, or shocked, or uncomfortable. Music has a power to bring all these feelings forward in a safe way.

Wolf has been playing music professionally for nearly 15 years, including a full album and tour with hip-hop icon DJ Premier as Torii Wolf, and live performance and production with Mike Zombie, the OVO-beatmaker behind Drake's "Started From the Bottom." Zombie's productions with Torii Wolf are dark and deep and that really resonates with their overall vibe.

"Torii has such a weird, wicked style," DJ Premier offers. "It's just very left field-reminiscent of a Bjork or something like that. They are so unique and versatile; they write, sing, and they are an accomplished guitarist and drummer. But image-wise, there is no comparison. Subject-wise, Torii is in a whole different place 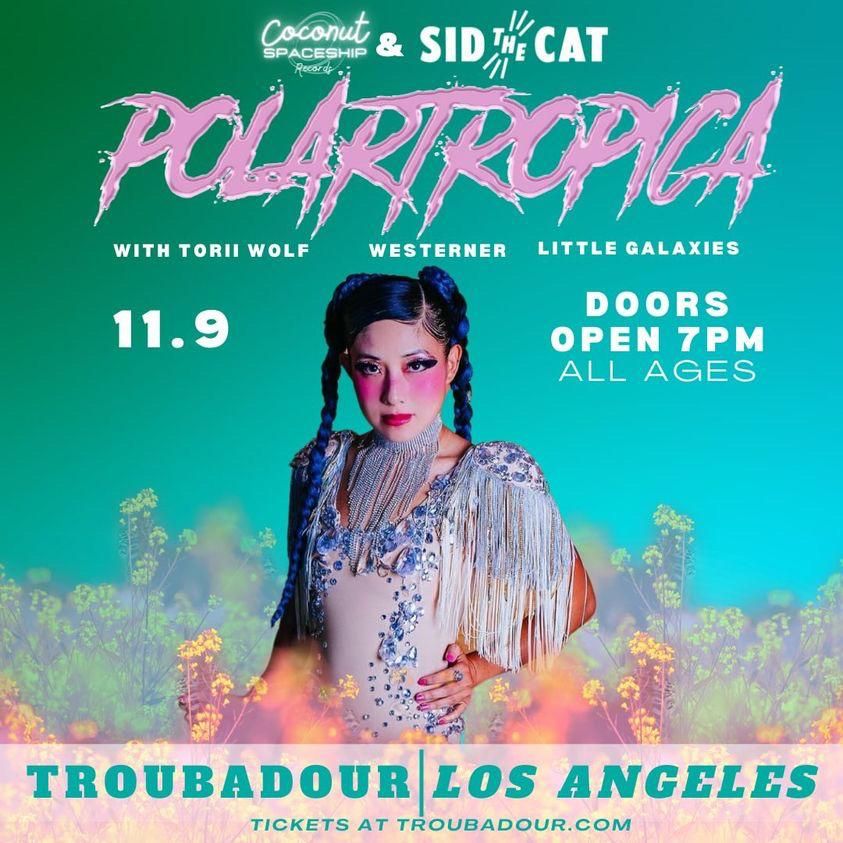