facebook  instagram  twitter  youtube
Amidst an atmosphere of melancholia, Peter Michel has thrown himself into a lifetime's worth of writing, recording and touring belied by his young age. At just 17, the Seattle-based musician toured extensively with dream pop outfit Craft Spells, and most recently met critical acclaim with his personal project, Hibou. The sound Michel creates is a landscape filled with swooning, hazy reflections on loss, love, nostalgia, and joy from a 10,000 foot view. It pleads for you to stay in the moment while planting the seed that you will likely lose this memory as it slips into a misty wistfulness. His music is a testament to fixation as a cure for apathy, and the fantasies that emerge from a mind unmoored.

Valley Boy is a multi-instrumentalist singer-songwriter heavily influenced by the music of Al Green, The Chordal sensibilities of Antonio Carlos Jobim, and the lyrical honesty of artists like Frank Ocean and Amy Winehouse. Out of College, Valley Boy was discovered by Max Martin, who signed him as a songwriter to MXM, where he spent several years honing his craft and writing for various artists, from Troye Sivan to Joji.

At the young age of 15, Manuel Joseph Walker, better known as Foliage, began to craft melodies and arrangements that would spark his unexpected career and conceive his signature take on the Jangle Pop sound of his 80's influences. For the last seven years, Manuel Joseph Walker was one of indie music’s best kept secrets. A teenage production prodigy obsessed with jangle pop and hip-hop, his early releases catapulted him from a local DIY mainstay to favorite among bloggers and fans worldwide. Fast forward to now - five albums, several tours, and millions of streams later - and Foliage is carrying the torch for modern day jangle pop and indie rock. Having headlined venues such as The Echo in Los Angeles, CA, opened for acts such as Black Marble, Eyedress, Harmless, Dent May and Seahaven, and racking up over 1 Million Spotify streams in 2019 alone, Walker returned bigger and more confident than ever, making his self-titled debut for Dowd Records in 2020, and incorporating new influences ranging from Drum-N-Bass & IDM to Shoegaze & Bossa Nova, in addition to writing his most personal lyrics to date. Shortly after, Walker stepped away from creating music to pursue a musical career from a professional standpoint: through getting an education. Now in 2022, Walker returns with his first single, "Can't Go Anywhere". Walker’s forward march - in sonic maturity and personal growth - should place him on any music fan’s radar of exciting young talent that needs to be paid attention to. 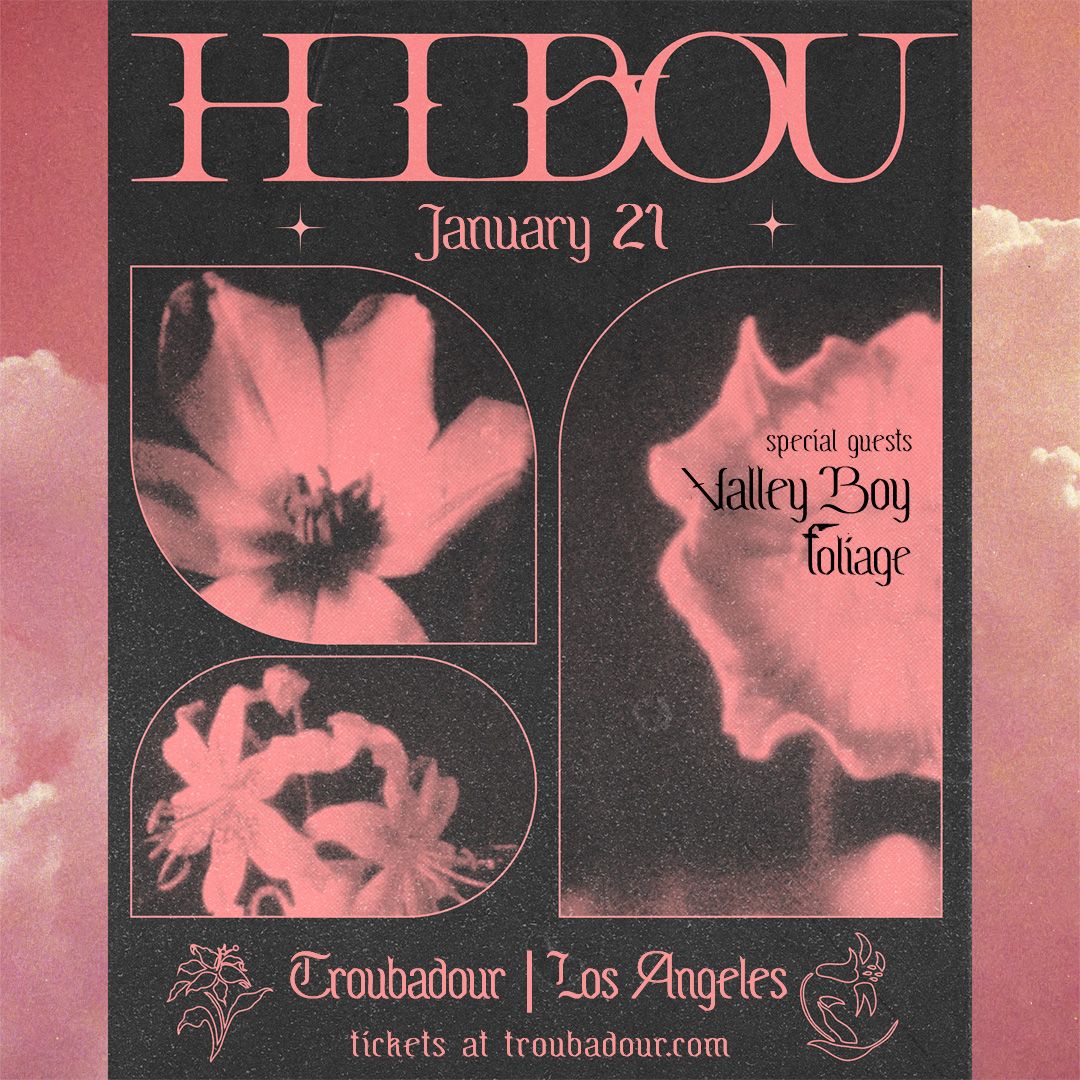