With theirself-released debut album, ‘Tales From The Backseat’, The Academic announcedthemselves with an unlikely bang. Buoyant guitar hooks and earworm melodiescoalesced with Craig Fitzgerald’s lyrics about teenage romance and tribulationsin rural Ireland to place the band firmly amongst many ones-to-watchlists.

Releasedin 2018, it hit number one in the Irish Albums Chart but had enough of a globalreach that over the next few years, the band toured the UK, Europe and NorthAmerica.

In fact,the four friends from the small village just outside of Mullingar in Irelandhave been on an upwards trajectory since they decided to learn Kings Of Leoncovers to play in their local pub in 2013, all in their early teens at the time.A debut EP of guitar-driven originals followed in 2015 alongside one of thefastest ever sold-out shows at the iconic Vicar Street venue in nearby Dublin.

Sincethen, they’ve released two more EPs (2020’s ‘Acting My Age’ and 2021’s‘Community Spirit’) and supported the likes of The Rolling Stones, Twenty OnePilots and The Killers. Fans have got lyrics tattooed and their songs have beenused to soundtrack weddings. “The fact that our music has soundtrackedsomeone’s life is incredible,” says bassist Stephen Murtagh. “What anunbelievable privilege.”

Not badfor a group who, according to vocalist Craig Fitzgerald, “fell into a band andhave been falling uphill ever since”. To change the formula now might soundfoolish on paper but there’s not a moment of second album ‘Sitting Pretty’ thatfeels like a risk.

See, thatfirst era of The Academic saw them driven by a competitive edge. “We wanted toplay the fastest, have the biggest chorus,” explains Craig with Stephenexplaining how they were definitely “a fun indie band” with that first albumreflecting on their carefree, teenage years.

Howevernew album Sitting Pretty has “a more matured edge to it,” he promises. “We'redifferent people now but that's natural. You grow out of things.”

Leaninginto that, Stephen explains how the songs on Sitting Pretty are “reflections ofwhere we are now and who we’ve become. We’re in our mid-20s and experiencingall the chaos that comes with that. No one really knows what they’re doing orwhere they’re going, but nobody is panicking because we’re all in it together.”

‘Don’tTake It Personally’ is a character-led song about a toxic relationship, therock and ’n’ roll swagger of ‘Pushing Up Daisies’ was written after a big nightout and swings between low self-esteem and swaggering confidence while thevulnerable ‘My Very Best’ gives the record a much-needed sense of grandromance.

“If wewere doing the same thing now as we did on that first record, which wasreleased in 2018, I’d be genuinely worried about this band,” explains Stephen.

‘SittingPretty’ still packs an energetic punch though. With the band having not playeda live show for almost two years due to COVID, by the time they went into thestudio with former Kaiser Chief Nick Hodgson, their excitement was at anall-time high. “We were just buzzing to be in a room, playing loud music alltogether,” says Craig. That same excitement drove those early years of TheAcademic and that giddy joy can still be heard across their second album. Therewas an emphasis on live takes. “If the magic is there, the magic is there,”Craig smiles.

Inspiredby the likes of The Kinks, Talking Heads, Elvis Costello, The Beach Boys andThe Velvet Underground, The Academic were drawn to music that “feels genuineand without pretence,” for this album, which makes perfect sense really. “Ifthis band is any one thing, it's 100% genuine,” says Stephen. “This record isus wearing our hearts-on-the-sleeve and following our instincts.”

The bandhopes ‘Sitting Pretty’ “connects on a visceral level with people who aregrappling with their sense of self-worth, their identity and not knowing wherethey belong in the world. It is a struggle to know where you fit or what’saround the corner and it feels like that’s only getting harder,” explainsStephen. “I think a good chunk of young people feel lost or confused. Hopefullythere’s comfort to be found in knowing other people feel the same way.”

As anIrish guitar band, The Academic have forged their own path. “We started thisband from a young age and we’ve always trusted our gut and the music we make.That’s not going to change now,” he explains. Afterall, if you’re followingsomeone else, you’ll always going to be in their shadow.

“It justhighlights our confidence,” continues Stephen. “We are always willing tochange, we are willing to evolve but we also know exactly who we are.

Early onin The Academic’s career, they played huge shows with the likes of The Pixiesand Twenty One Pilots and definitely felt the pressure of taking to such bigstages. Playing with The Killers at stadiums earlier this year though “is themost comfortable we’ve ever felt onstage,” says Craig. “I don’t know what thatsays about our delusions of grandeur though.”

Still, youwouldn’t bet against them. Having already conquered their homeland with theirindependently released debut effort, The Academic are back with the same hunger;now bolstered with the benefit of experience and a few more tools at theirdisposal. “It’s the idea that your music can take you further than you've everbeen before,” Stephen says of their ambition, ‘that’s what lights a fire underme.’ 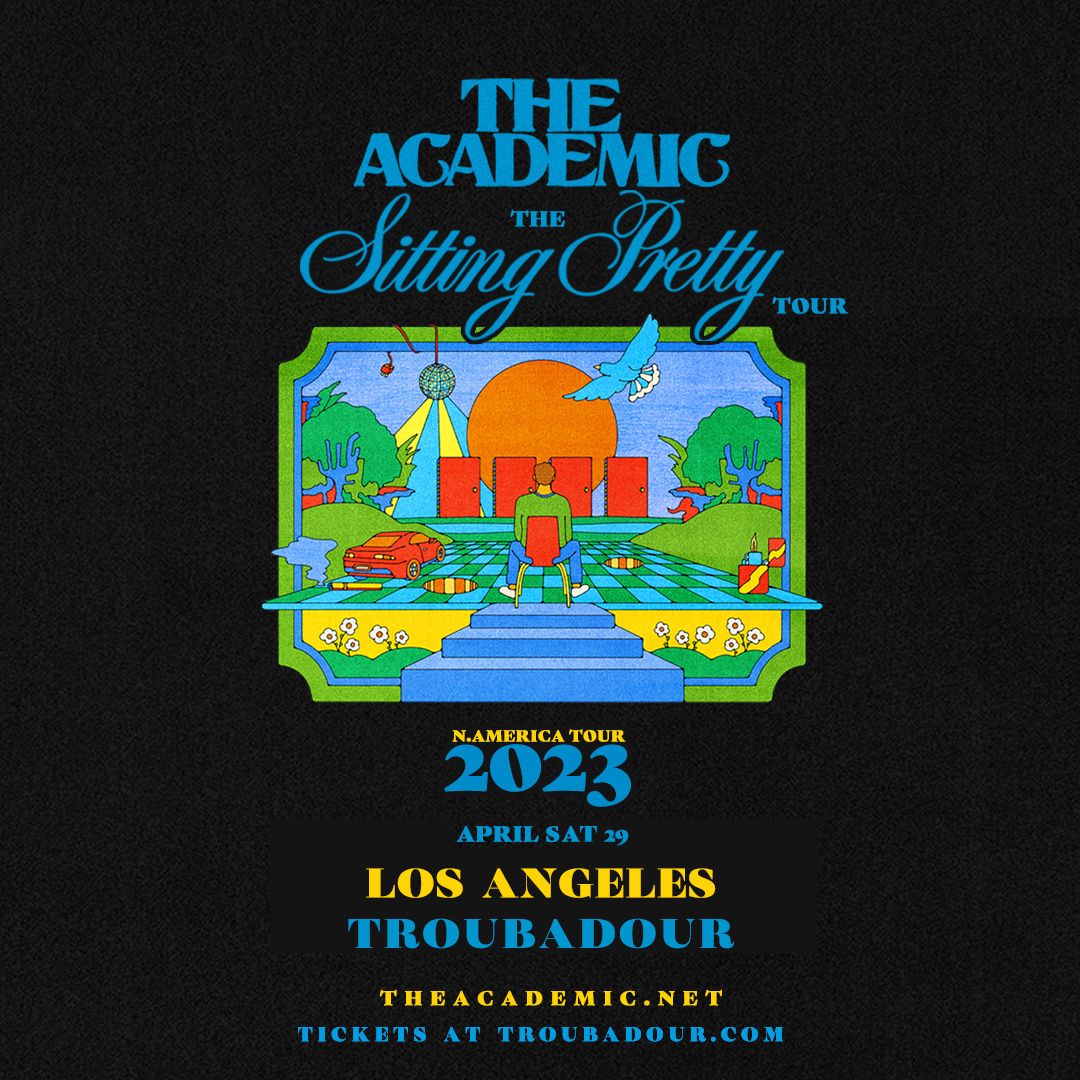