Ben Barnes is known to many for portraying fantasy heroes and comic-book villains, characters from history and classic novels and the occasional romantic street busker or wannabe rock-star.

With Songs For You, Ben is baring his soul through his own music for the first time; hopeful, passionate, nostalgic and loving. His EP was released last year to great acclaim, topping the Apple album charts on the day of release.

He’s supported tonight by a band of phenomenal musicians, guests and friends: Ryan Lerman, Charles Jones, Lemar Carter, Nicole Row, Hunter Elizabeth, Kevin Burke (and maybe a surprise guest!)“This musical effort was 20 years in the works, and it is safe to say that it was certainly worth the wait” “Barnes makes a confident debut with this buoyant '70s throwback that's brimming with strings and brassand soaring vocals."

"The five songs on Songs For You, his debut EP, prevent some events from becoming blurred memories of twenty years ago. Those who have played a role in them, now decorate rhythmic poems, emanate the warmth of a Sunday morning and collect stars at nightfall.”
Ben Barnes has starred in films, TV shows and theater productions spanning the last 20 years: including The Chronicles of Narnia, Dorian Gray, musical films Killing Bono and Jackie & Ryan and TV shows like Shadow & Bone, Westworld andThe Punisher. 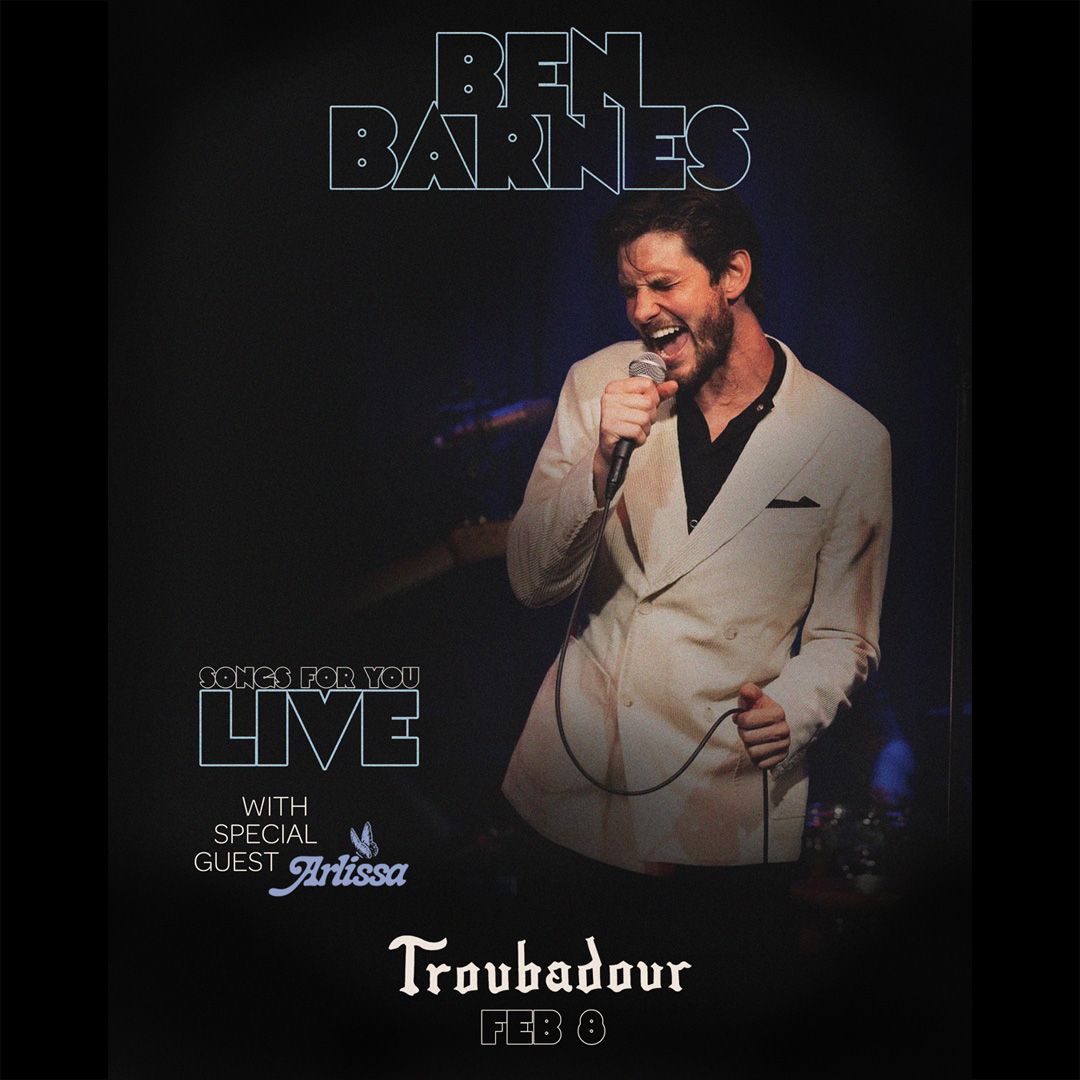